The Oswestry and North Shropshire branch of the European Movement was well represented at the Peoples Vote March in London on 20th October. Despite some of founding and core members being unable to attend due to illness and family commitments, the group has grown so much that there were still more attending in October than in June. Some members made their way to London independently while a group joined friends from the nearby Open Britain Shrewsbury group to travel down by coach. The combined groups took one coach in June, but four coaches this time, with some from the Oswestry EM group managing one of the coaches. 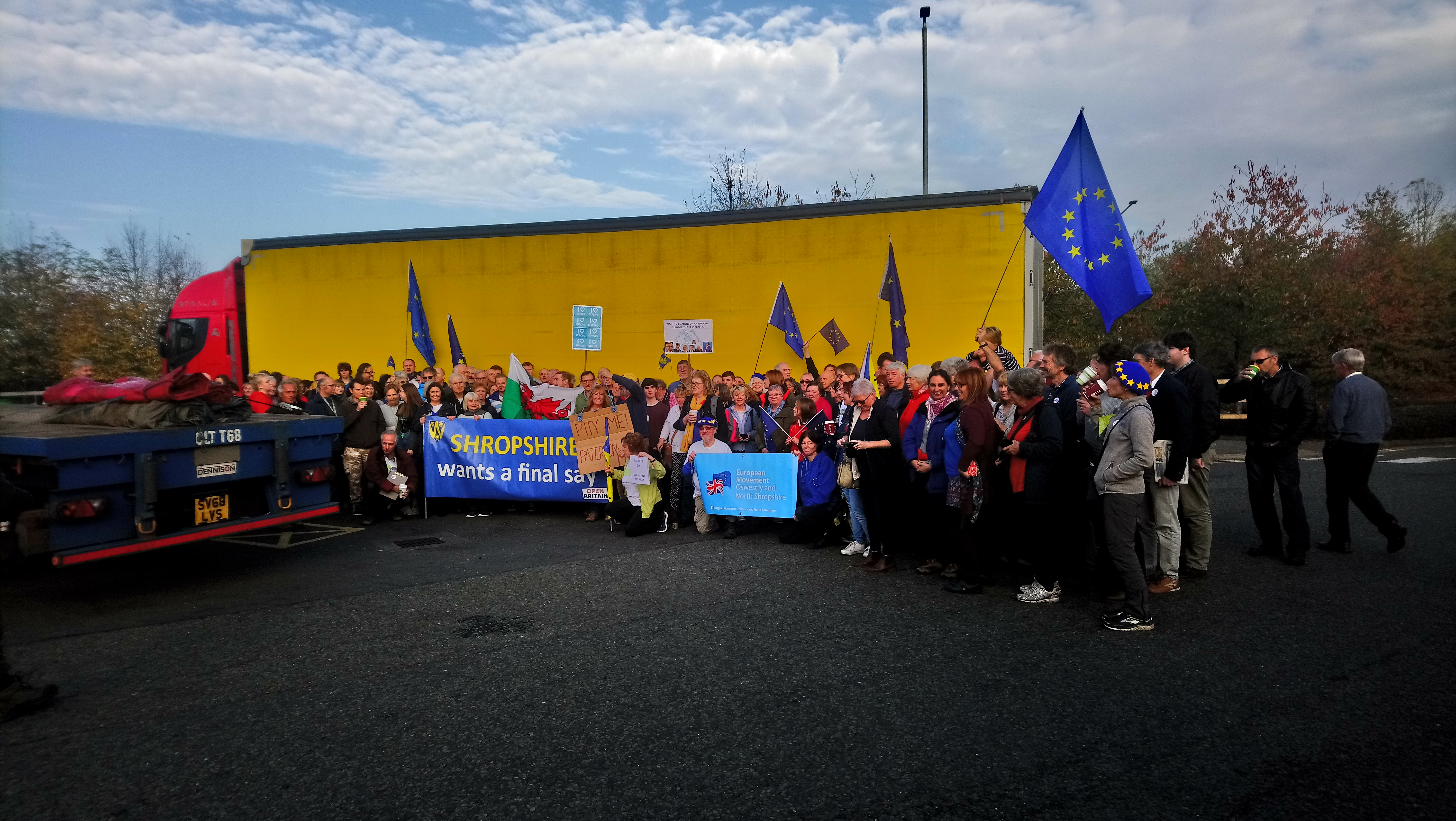 They set off from Shrewsbury at 7am – so the first #PVRoadTrip pictures are in the dark! All four coaches managed to regroup at Oxford services for a photo of the 200 plus group and their respective banners. Once all four coaches had arrived in London, the group gathered in Park Lane. They were to remain on Park Lane for the next two hours, with fly overs from helicopters giving them reason to wave and whistle. European Movement Oswestry and North Shropshire were at the time unaware of the reason behind the long wait to march and only later became aware of the huge size of the march and that other 'holding' areas had been 'released' first. As in June, the overwhelming impression was of how polite and understanding everyone was of the delays and large crowds.

They group had been looking forward to getting to Downing Street, but did not manage to get that far. The group had planned to regroup in Parliament Square at 4pm. Yet at 4pm, they were in Trafalgar Square and the vast numbers of people meant that they would not get much further as a group. Whilst the group wished to see the end point and the speeches, there was plenty of reassurance in the fact that this was due to the huge success of the march.

The experienced coach drivers had managed to park on Embankment and everyone returned to Shropshire and the Welsh borders that evening. 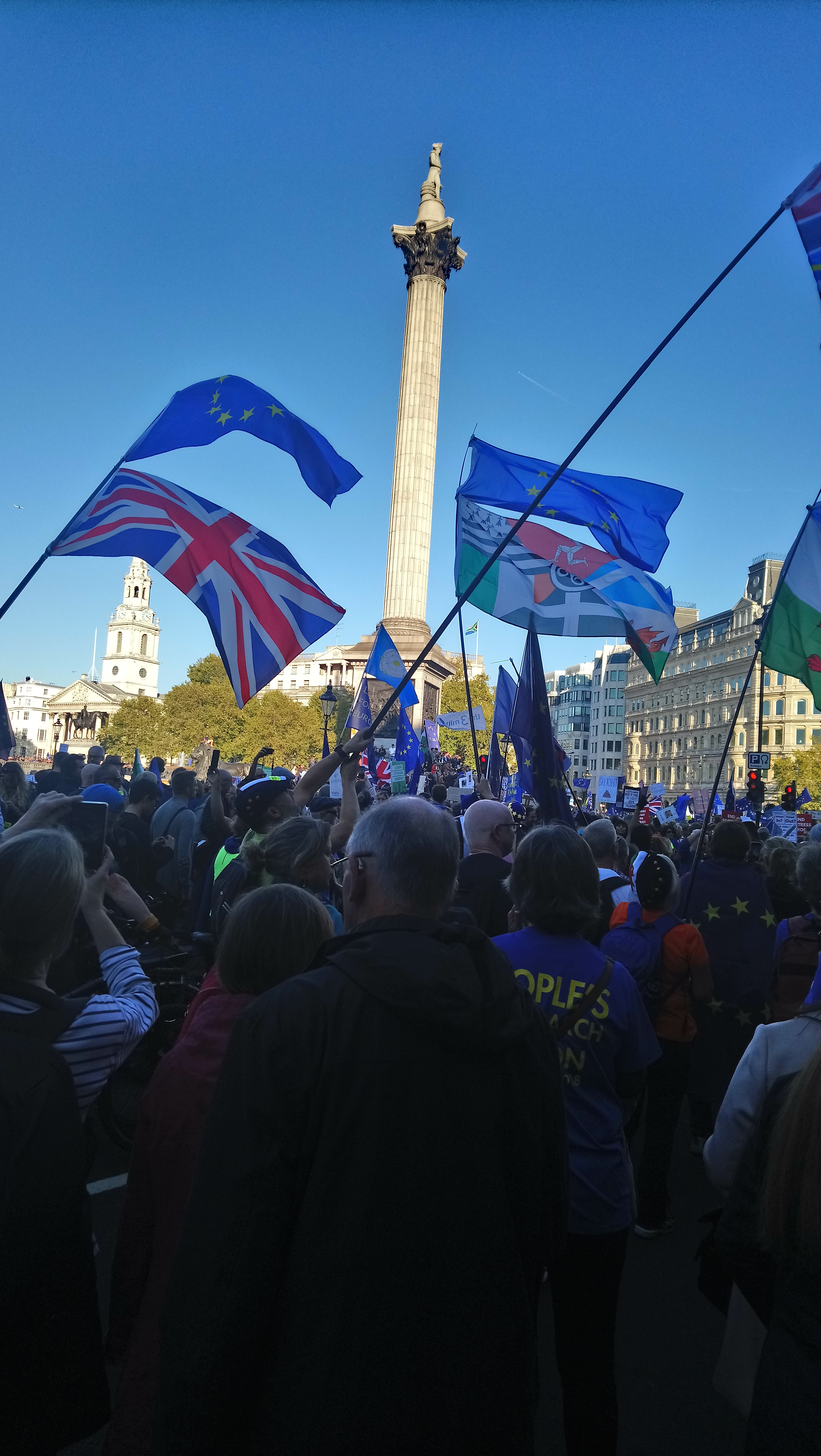 You can find out more about the branch on their twitter