Due to the coronavirus we are asking everyone to check with the individual event organisers that the event you're wanting to attend is still going ahead.

Julian Priestley was a lifelong member of the European Movement, was President of its Europe-wide youth section, led the youth campaign for Europe in Britain's 1975 referendum and became one of the first generation of British EU civil servants, with an outstanding career as an official in the European Parliament, rising to become its Secretary-General from 1997 to 2007.

He was also active in the Labour party, standing three times as a candidate in UK general elections. He contributed to the pro-European cause in his many writings, in his speeches to audiences all over Europe and in his contributions to the campaigns he fought.

After his premature death in 2017, a number of his friends decided that a fitting way to mark his passionate European commitment would be to establish an annual lecture in his honour. This lecture is designed to provide an opportunity for prominent speakers to contribute to the ongoing debate about the European Union in the United Kingdom. The European Movement is proud to have co-sponsored these lectures.

The speaker will be Bobby McDonagh, former Irish Ambassador to the UK and Irish Permanent Representative to the EU, and will be chaired by Baroness Royall, former Leader of the House of Lords, 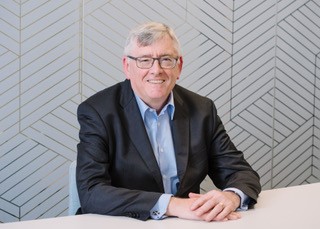 Bobby McDonagh is a former Irish diplomat. Amongst other postings, he served as Permanent Representative to the EU and Ambassador to the UK, Italy and Malaysia. His posts in Dublin included Deputy Secretary General and EU Director General. He served in the Cabinets of two EU Commissioners in Brussels and was an official of the European Parliament.

He has written extensively about EU matters including: Original Sin in a Brave New World - the Paradox of Europe (1998); The Intergovernmental Conference: How the deal was done, an account of the negotiation of the EU Constitutional Treaty (2007); and Inside the Mind of a Permanent Representative in Brussels (2015).

Bobby is now a public commentator, mostly on the EU and British Irish relations. He also works as an executive coach.

He was a friend of Julian Priestley over many years. Their first connection was through Oxford where both attended Balliol College and were Presidents of the Oxford Union. During the 1980s, they were colleagues in the Secretariat of the European Parliament in Luxembourg. Over the following decades, in their respective roles, they worked closely on many European issues.

To read more about the lecture series, and to download the text of previous lectures, click here.