Speaking up for the NHS

January 15th was a remarkable night in politics. A crowd of thousands had gathered in Parliament Square to watch history being made as MPs voted meaningfully on May’s Brexit deal, and in the end the crowd were not disappointed. 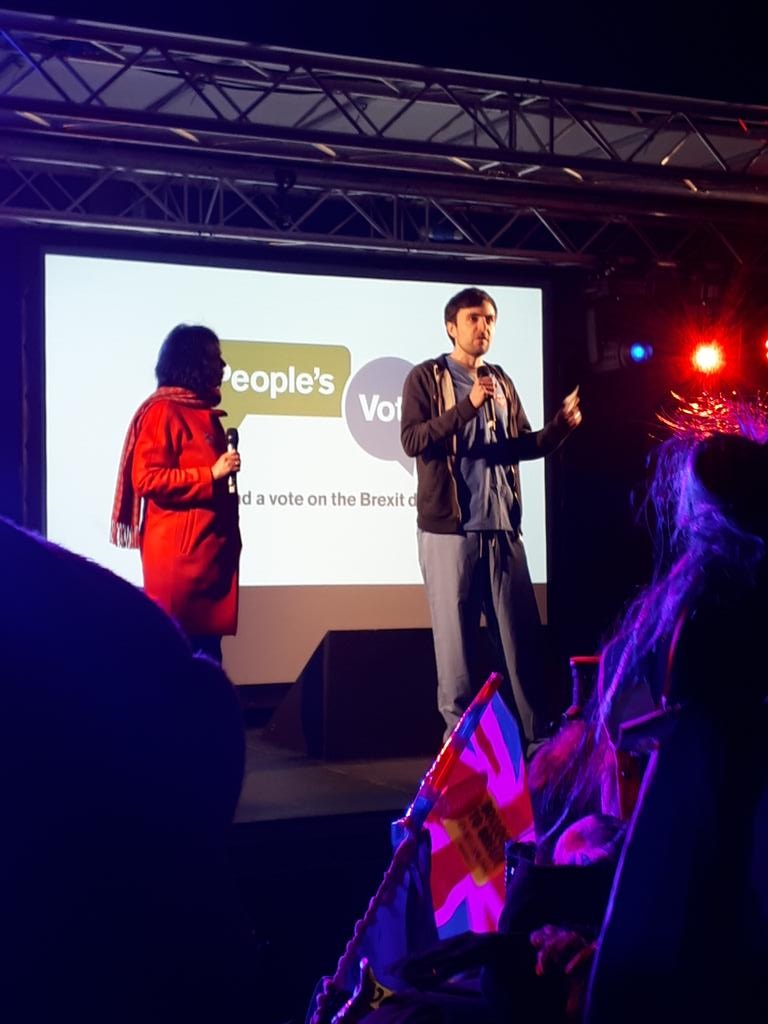 The whole evening leading up to that moment had an air of hope and expectation. I rushed straight there from the hospital when my clinic ended, and arrived just before six o’clock to find the square opposite the House of Commons already crammed with people, seemingly everyone waving blue and yellow flags and placards. At one side of the square alongside Westminster Abbey, a stage had been set up and roving lights bathed the crowd. Huge screens alternated between the speakers on stage and the scenes taking place inside the House of Commons. A succession of speakers were addressing the crowd, each one met with cheers and whistles as they spoke against May’s deal.

It was a huge honour to be invited to speak at this rally on behalf of the British Medical Association. The BMA opposes any form of Brexit and believes it is vital the public has the final say on any proposed deal. I wanted to remind the gathered supporters of the stakes for the NHS in the Brexit debate, and of what we’re fighting to protect. The health of the nation is at risk from Brexit because of the damage it will do to the NHS, and we have to speak up to protect it.

There was a lot of security around the entrance to the stage area. A small crowd of pro-Brexit men, waving Union flags and occasionally chanting slogans, had gathered near the gate. A short line of police officers was separating them from the cheerful crowd of People’s Vote supporters. There were also one or two brave souls clutching red “Leave Means Leave” placards in amongst the sea of European flags, but they were treated with politeness, and true to their slogan, they didn’t stay long.

I managed to get through security, and found myself in the off-stage area, which was filled with people on their phones, updating social media, filming for interviews, and waiting to speak on stage. For an hour I watched MP after celebrity after campaigner march up on stage – Anna Soubry MP, Jason Isaacs, Femi “Femi_Sorry” Oluwole, Wes Streeting MP, Jo Swinson MP, Ian Blackford MP, Tony Robinson… the list went on and I got more nervous about following such fluent, energetic speakers.

Finally I was taken up to wait in the wings with another doctor, gynaecologist Geeta Nargund, and it was uncertain for a moment whether there’d be time for us to speak before the result of the Meaningful Vote itself, which was just a few minutes before we were due to speak. The decision was made, and suddenly we were out on stage, the bright lights on us as we faced the sea of gently waving flags and upturned faces.

Geetata spoke first, and her passion shone through – she ended with leading the chant we'd heard many times already that evening: “We … want ... a People’s Vote!” and then I was up. We had only a couple of minutes until the announcement of the voting result, so I decided on the spot to cut it short and stick to the very basics.

It passed in what seemed like a few moments, though it was maybe a minute and a half. The BMA supports the call for a People’s Vote! Cheers from the crowd. We value our NHS staff and want them to stay! More cheers. My prescription for the headache of Brexit – a People’s Vote now! The crowd cheered, the flags waved, I walked off stage and the hosts, Mitch Benn and Ayesha Hazarika, were back on. 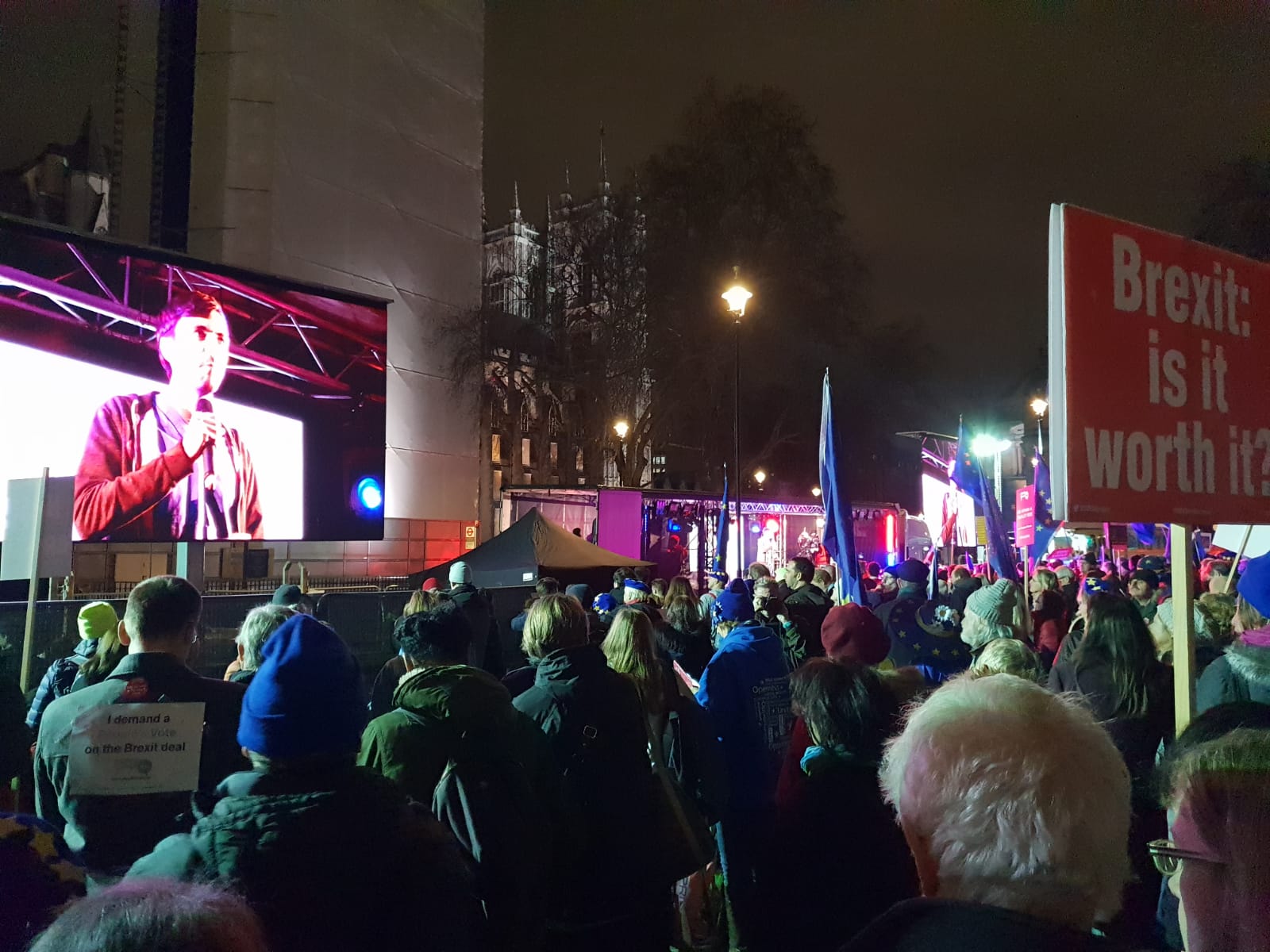 Moments later, the screens cut live to the MPs gathered in the Commons chamber to hear the scale of the defeat of Mrs May’s deal, and I watched from backstage as the tellers announced the result: 202 for the Deal, and 432 against. It wasn’t a surprise that the deal fell, but it fell so hard that the thud could be heard from Brussels.

I went to the back of the crowd to watch the speakers after that, still buzzing from the stage, and listened to the people talking around me. Already they were asking what I’ve heard a lot of people ask since: what now? With Westminster wading through political treacle, the only real solution is to put Brexit back to the people. If you depend on the NHS – and pretty much everyone in the country does – then it’s clear what we need: a People’s Vote now!

Dr Tom Dolphin is an NHS consultant in London and a supporter of the People's Vote campaign.