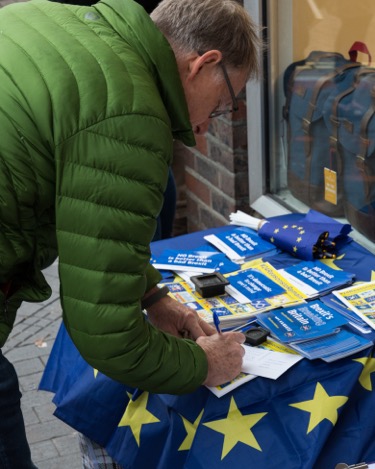 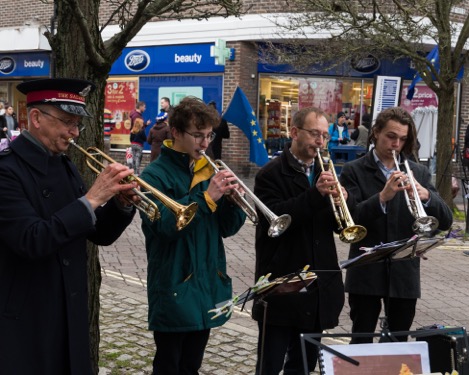 Constituents of Education Secretary Damien Hinds were able to have their say on Brexit thanks to this street stall.

The two groups set up stall outside Boots on the High Street in the market town of Alton, famous as the home of novelist Jane Austen. “We had both pride and prejudice, but our many volunteers had a great time handing out leaflets and getting Christmas shoppers to stop for a minute to fill out a postcard and put stickers on our Brexitometer,” says Jonathan Buisson, Chair, North Hampshire for Europe. 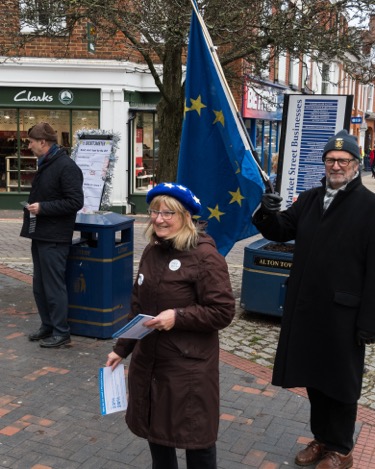 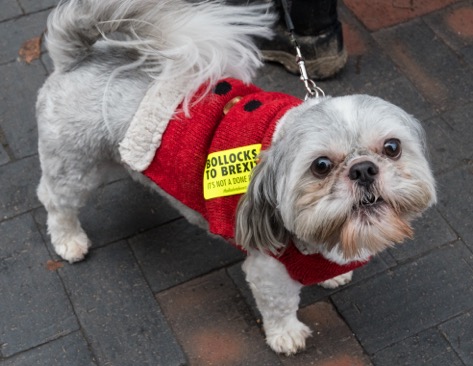 Thanks to advertising by the People’s Vote campaign, volunteers came from as far away as Winchester, Woking and Farnham to support the event. “We handed out loads of leaflets and postcards as well as collecting and posting two dozen cards that passers-by filled out on the day. Having the Salvation Army band on the other side of the street also helped everyone get in the Christmas spirit."
One of the more pleasing outcomes was the chance to help volunteers set up their own local campaign groups. “We’re going to be working to set up a group in Farnham, which is in the constituency of Foreign Secretary Jeremy Hunt, so that we can keep up the pressure for a People’s Vote and a fully European future,” Jonathan says. 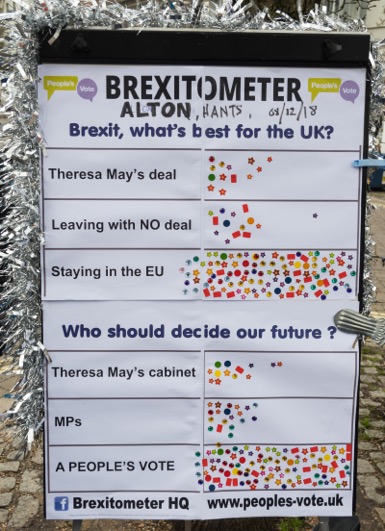 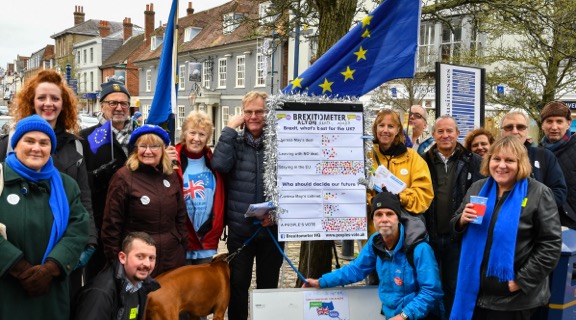 The Alton street stall came a week after Mr Hinds, a Cabinet Member and MP for East Hampshire, had faced a far from sympathetic audience as he attempted to sell Mrs May’s Deal to a packed-out meeting in the town. “I think he was shocked to find that no-one from either side is buying it,” Jonathan notes.
You can find out more about North Hampshire for Europe on their Twitter and Facebook. 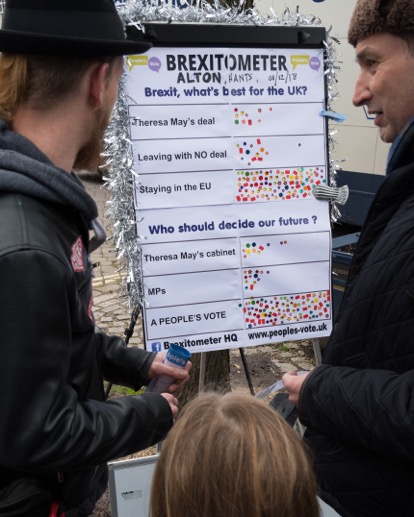 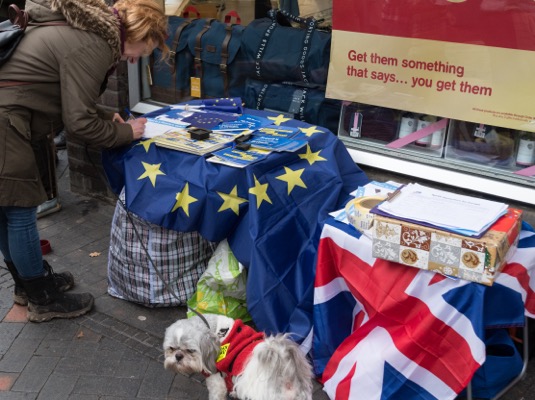