Campaigners braved the driving rain on Saturday to continue their request for a People’s Vote on Brexit.

Representatives of Wilmslow for Europe and 15 volunteers spoke to local people on Grove Street about the possibility of a vote on the Brexit deal.

More than 400 postcards were distributed during these discussions calling on constituents to make a stand, write to their MPs and demand to have a final say on Brexit.

The public-engagement event was part of the People's Vote National Action Day, with thousands of people taking part and asking for their MPs to reject May's Brexit deal and instead support a People's Vote. This deal was due to be voted on in Parliament on Tuesday but was pulled at the eleventh hour because it could not garner enough support to win.

Wilmslow for Europe Spokesperson Sarah Murphy said, “The overall impression was that people were incredibly fed up with Brexit, whichever way that they had voted. They felt that May’s deal was worse than being a member of the EU with the voting rights and benefits that includes and that, despite some reservations about putting a vote back to the public, it seemed the only fair way out of an impossible political stalemate.”

Another campaign group representative, Judith Hughes also commented on how she was impressed by the proactive commitment of residents across Tatton, which voted to remain in the EU, more than two and half years ago. She added, “People were certainly very anxious about the ongoing division and economic harm that carrying on with an unpopular Brexit would cause.”

Isabella Wainscoat, visiting Wilmslow from Yorkshire on Saturday, said, “The government could not have made more of a mess of Brexit. It is high time for our MPs to put it back to us in a People’s Vote and give us a say over our own future.” 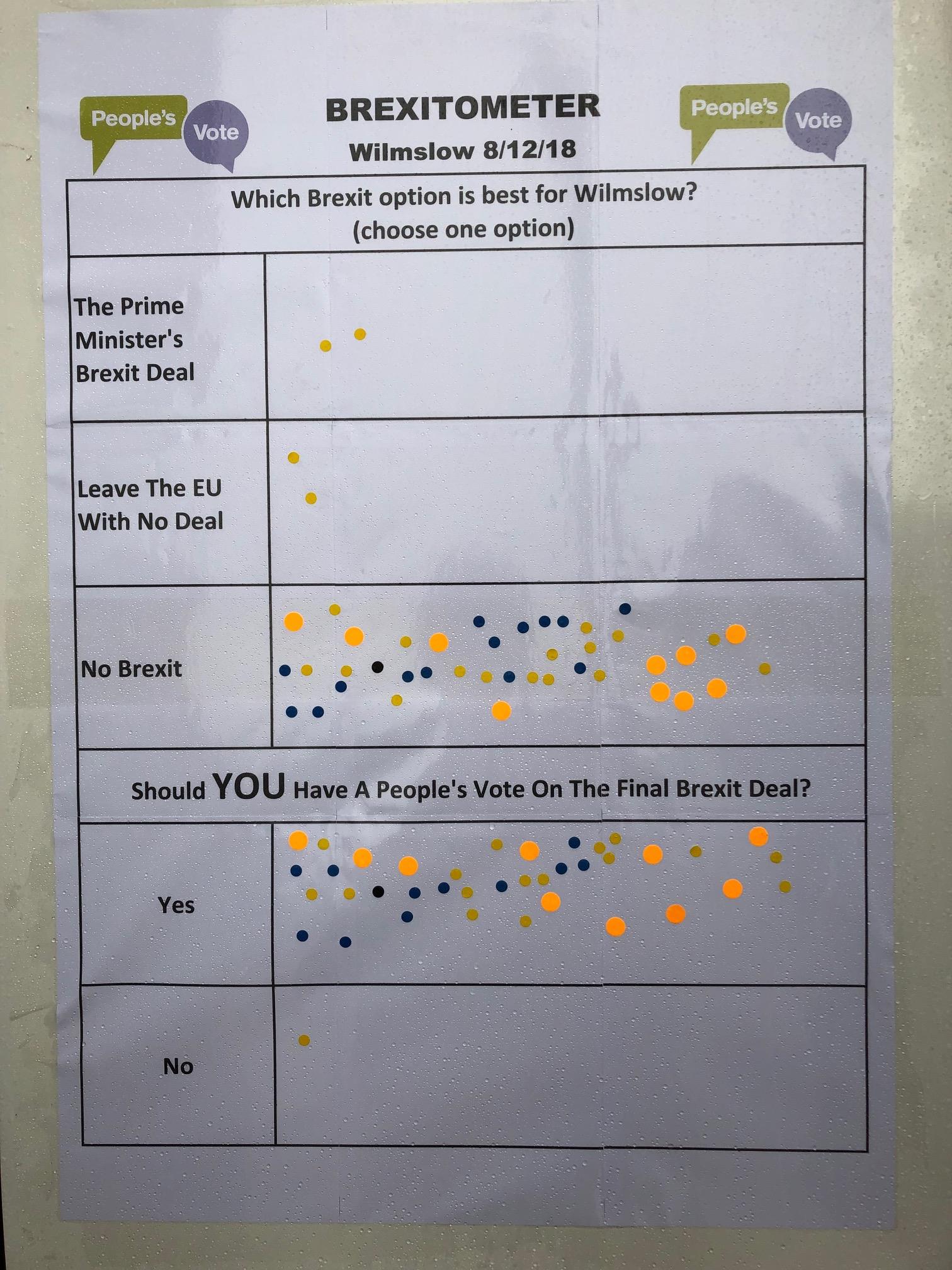 Another shopper, who wished to remain anonymous, and whose brother lives and works in Northern Ireland and has a cross border business, said, “He is devastated by how badly the Brexit negotiations had gone.”

With the current disarray in Parliament and the postponement of the vote, Wilmslow for Europe will continue to press Ms McVey to attend a public meeting to explain and justify her government’s position.