Tees4Europe Chair Scott Hunter reflects on Andrew Adonis visiting his group, and how the group's youngest campaigner highlighted the one good thing about Brexit.

On 16 September, Andrew Adonis kindly agreed to come to address an audience at an event hosted by Tees4Europe. We booked the hall, circulated tickets, picked Andrew up at the station, and   then promptly upstaged him. We had decided that among our other speakers there should be a young person. One name was suggested, and, without asking too many questions, we booked her. Millie, it turns out, was not the sixth former we were expecting. She is 14. It would be an exaggeration to say that at this point that I started to panic, but it certainly had me on edge. But I needn’t have worried.  In the space of five minutes, Millie spoke cogently on just about every Brexit-related topic you could think of. It was a breath-taking performance.  It hasn’t been easy to select highlights to present here, as there were so many, but here goes … 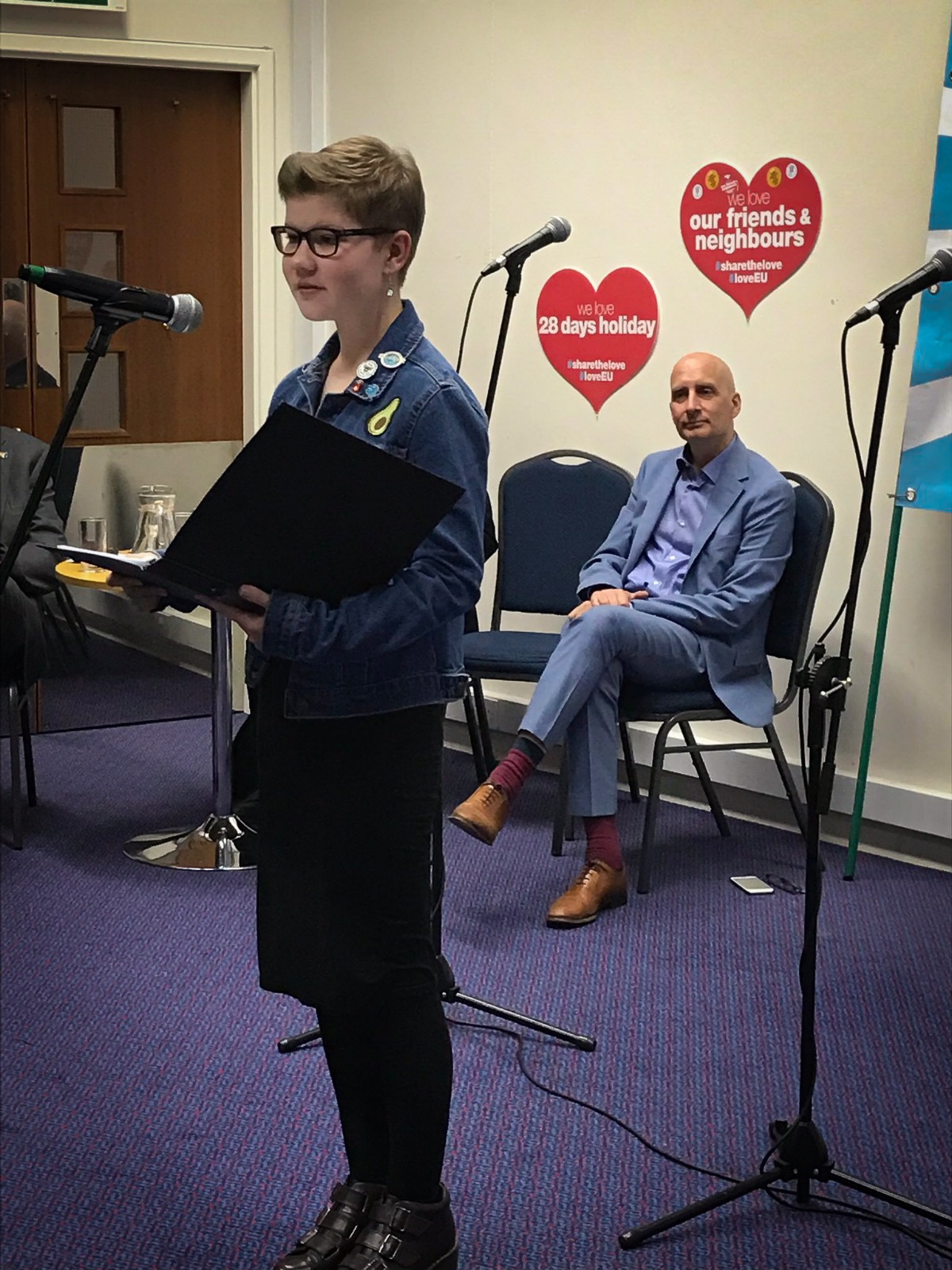 “As an aspiring Royal Navy engineer and somebody with a keen interest in STEM, standing for science, technology, engineering and maths, the effects of leaving the EU on the UK’s defence, military and STEM is of great concern to me. The EU’s member states work together on a number of defence-related issues, such as researching new defence technologies and joint military deployments. The UK contributes financial support to EU security activities, which fund numerous missions such as the combat of piracy off the Horn of Africa and the prevention of human trafficking in the Mediterranean to name but two. Therefore, it worries me deeply that our exit from the EU will damage both the UK’s military and defence, as well as that of the EU. We are stronger together; we are safer together …

“Now, there is one good thing about Brexit. I know, I know, I’ve been talking about what a disaster leaving the EU would be for the last 5 minutes, but don’t panic. In the past, I think young people have viewed politics as something they need to worry about when they’re older, and something for adults to deal with. Since the Brexit referendum, I believe that young people have become increasingly interested and invested in the politics that will affect their futures, and much more willing to make their voices heard…”

And thus Millie Sheridan brought the house down.