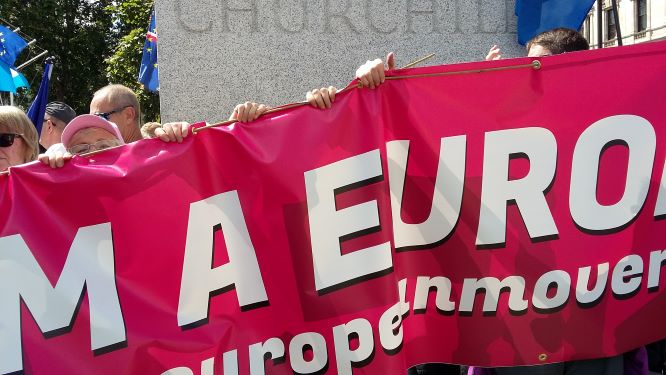 Despite some awful weather forecasts in the preceding days and the start of the school holidays, big crowds gathered at noon in Park Lane last Saturday. As publicity had been limited everyone was pleasantly surprised by the turnout - given the inevitably short timescale to protest against the seemingly unstoppable coronation of “Boris” -. Yet it was on a scale that enabled us all to march comfortably all the way to Parliament Square and hear the excellent speeches (and music!)

1066 Branch was delighted to have the new EM campaign banner – vividly stating “I’m a European!” It drew great attention as we waited in Park Lane. We were delighted to be joined by three ladies from Bath for Europe to help carry it – essential given the size! While we were waiting, we handed out huge wadges of the new EM leaflets round the March. They flew out of our hands!

A great aura permeated the warm streets of London – with a wonderful feeling of togetherness by an amazingly diverse crowd. But it was tinged with a slightly harder edge this time - people like us will not permit such a folly as Brexit to happen – many banners called for “revolt”.

Together, we marched to Parliament Square and managed to hold up our banner at the foot of the Churchill Statue. Judging by his great European speeches founding the European Movement, he would have approved thoroughly!

Most encouragingly, we Remainers are clearly getting kitted up for demos now – judging by the intensity of flags, hats, whistles etc. The whistling outside Downing Street was almost painful in its intensity.

Graham Bishop is Vice-Chairman of European Movement UK and Board member of the Kangaroo Group. 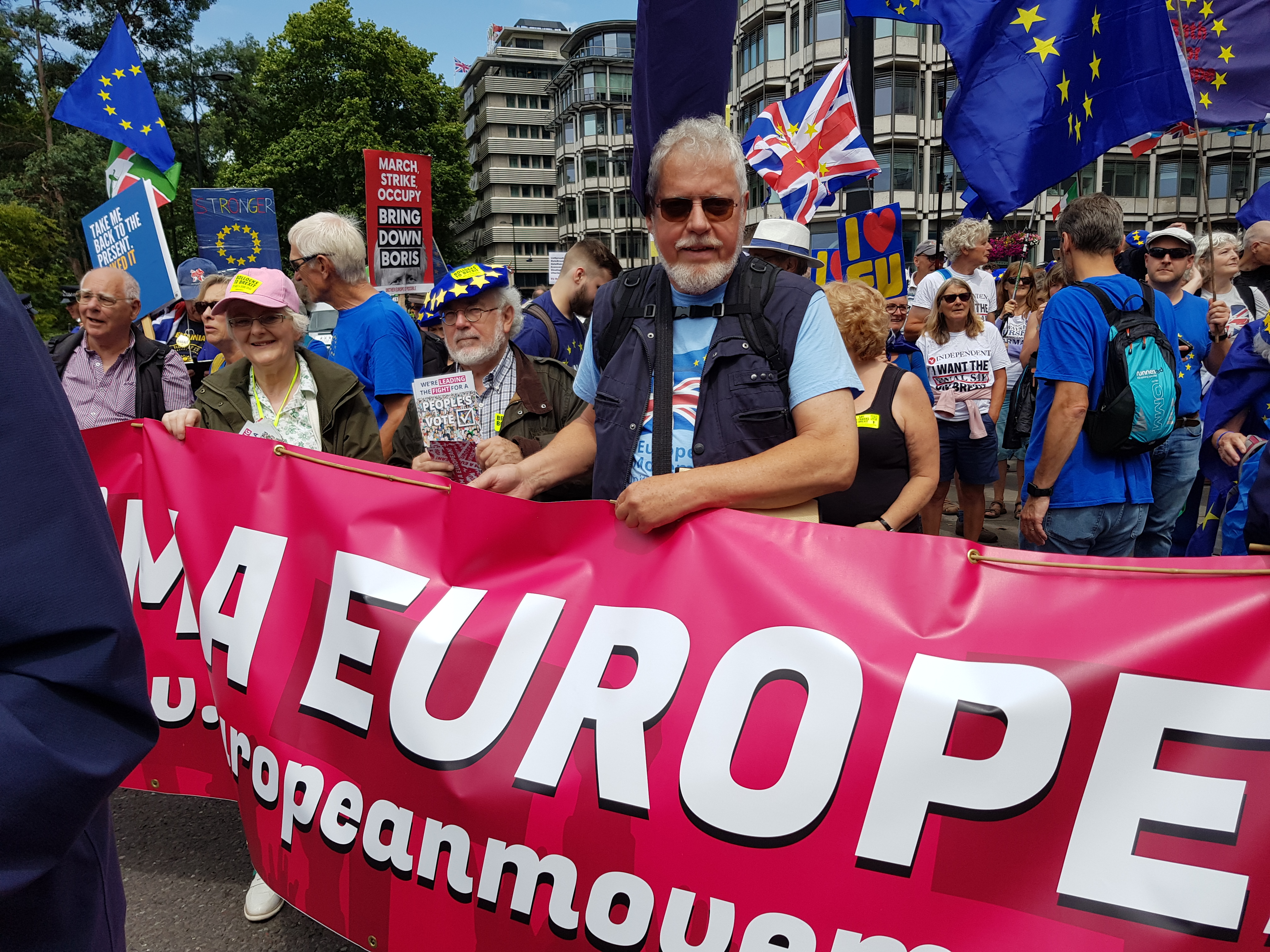