Who writes letters these days? Who bothers to pick up a pen? Find a piece of paper? Locate an envelope that still sticks… BUY A STAMP?! 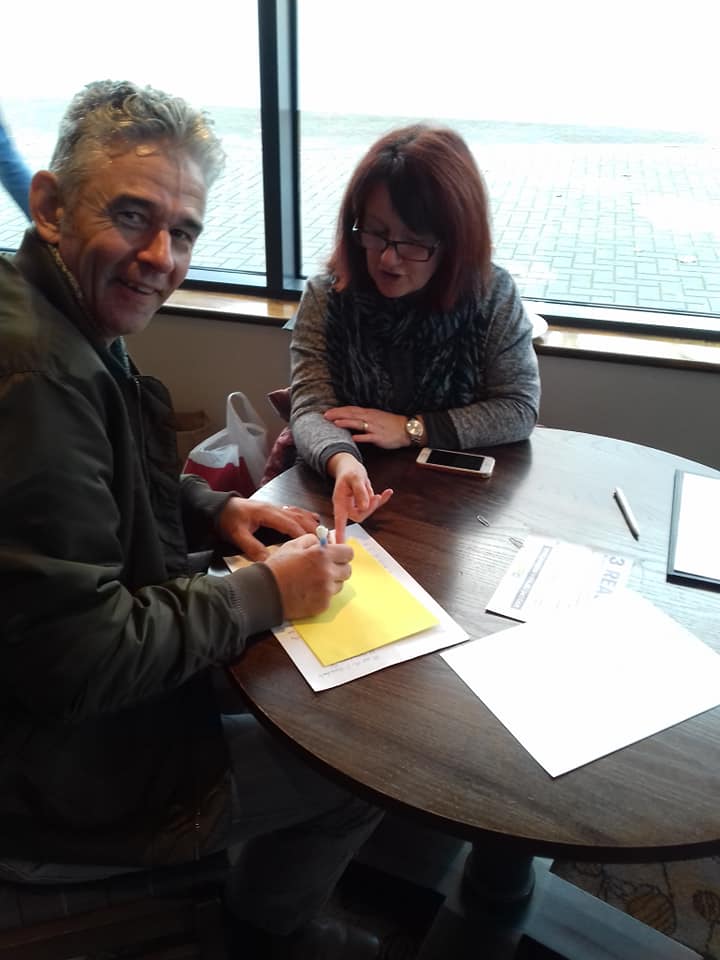 Passionate, angry and determined people who want a People’s Vote, that’s who.

St Albans for Europe’s letter-writing event last Saturday was a storming success, bringing people flocking to the latest market stall and then round the corner into the reception area of a nearby friendly hotel. Helped along by the promise of a free tea and coffee and all the writing materials, the writing corner was a hive of activity. 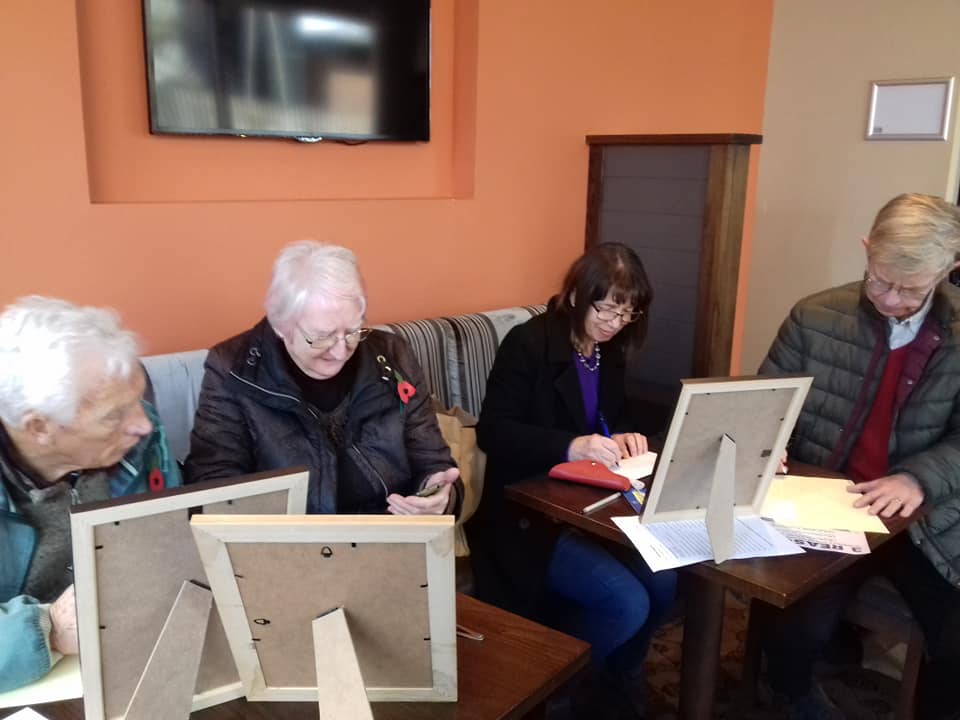 Two of St Albans team had not only provided a lengthy list of all the local MPs likely to crop up (St Albans market attracts visitors from a large surrounding area) but also those of relevant ministers too – why stop at your own MP, after all? MPs need to have those postbags filled to bursting, so that we leave them in no doubt that the ‘will of the people’ is to have a People’s Vote. 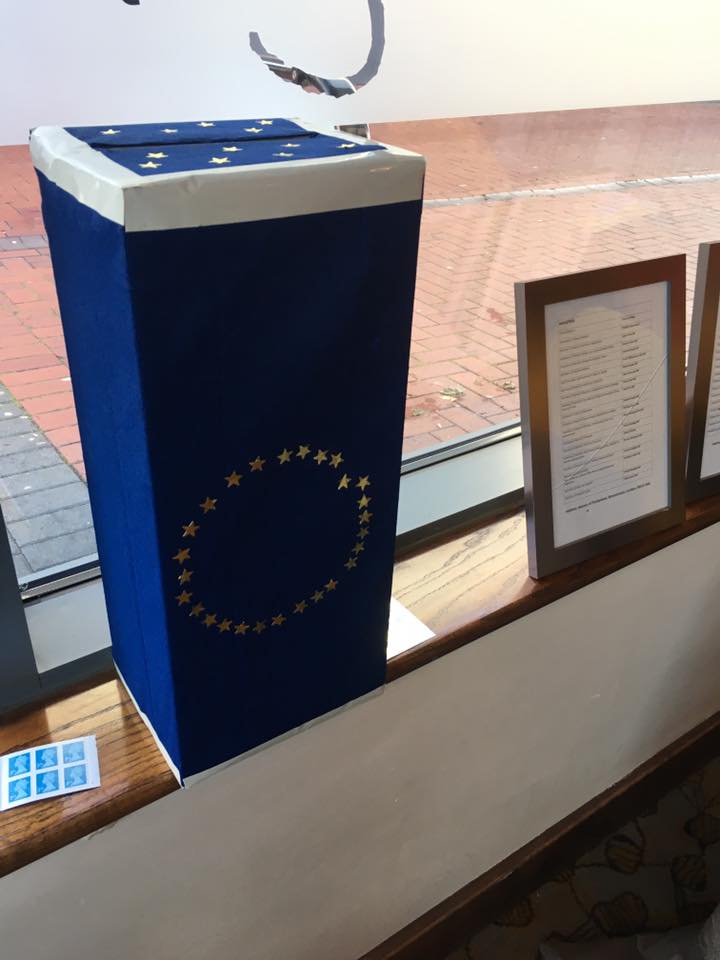 The session was so busy that the group needed an overspill. Lynn Cunningham, one of the amazing volunteers who did a long stint manning the letter writing, said:

“Our super letter box is nearly full. One couple just wrote three letters each. The group around the corner are making a party of it. They’ve been here over an hour, having a whale of a time!

“So many people saying ‘this is just the push I needed’, and being really appreciative of how easy it is, with pens and paper, ideas for content, stamps, names and addresses of MPs.” 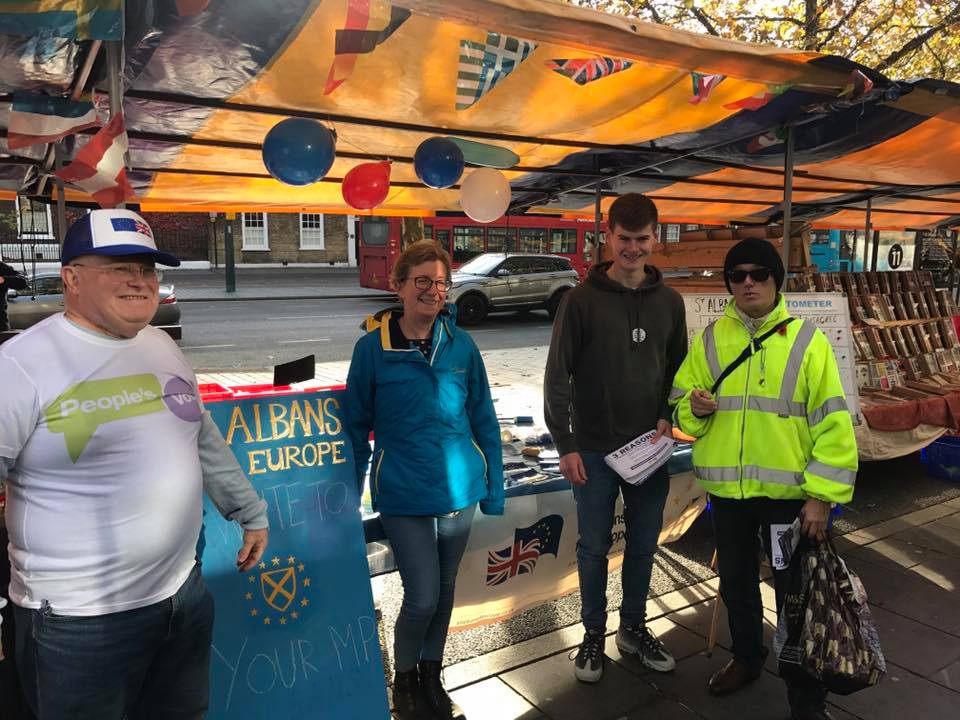 Tim Sharp, who was one of the letter writers, commented:

“I think this is a great idea and I hope that the Houses of Parliament mailroom workers all get overtime to deal with this!”

By the end of the day, close to 100 letters and postcards had been written and posted into the group's bespoke deluxe letterbox – some of these letters were short, some of them longer, some of them were calm and some of them were no doubt quite a bit angrier, but all of them were telling the recipient what they need to know – the People want their voices on the final Brexit deal. 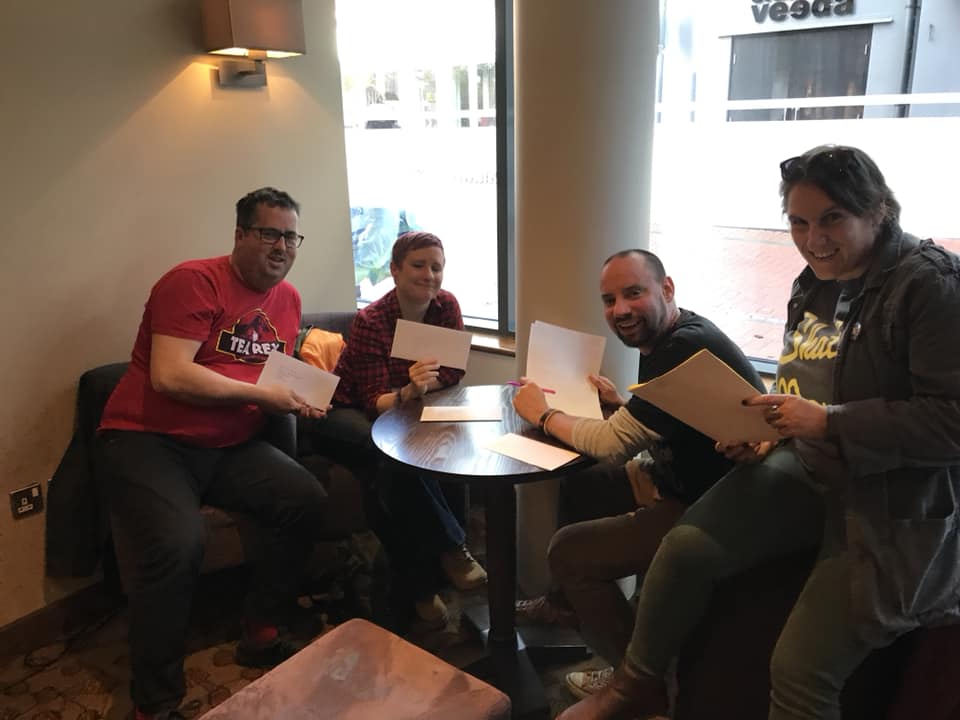 They’ll keep urging people to shower their MPs in letters, until our ‘representatives’ listen and hear what the people are demanding. It’s our country, after all; we are the people and we want a People’s Vote. 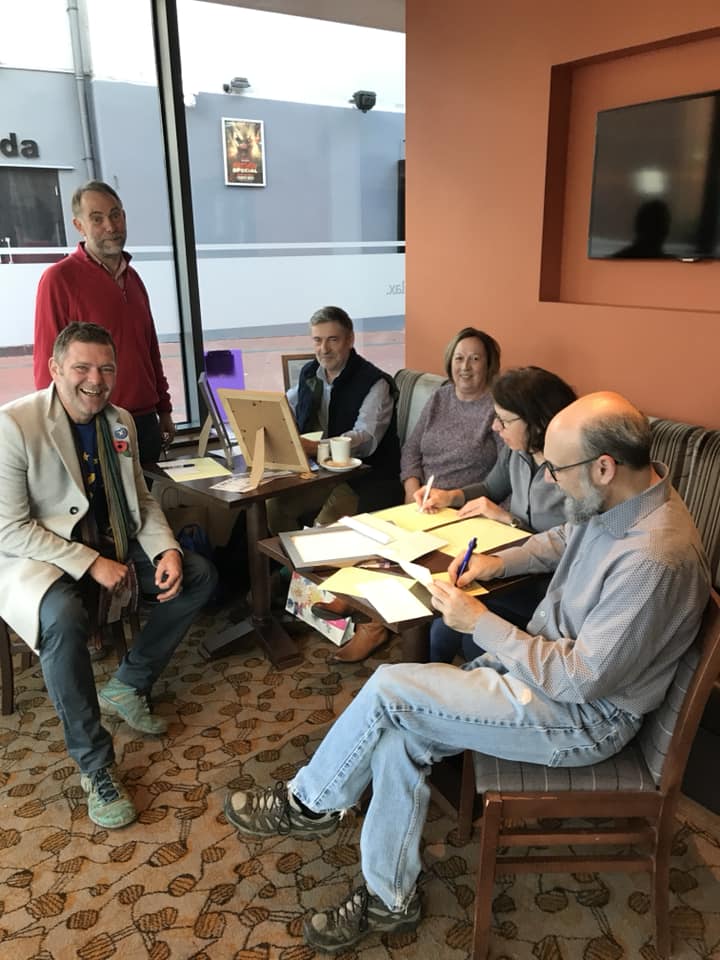