Jo Swinson MP, leader of the Liberal Democrats, discusses why Brexit is bigger than party politics.

Last week, I was proud to vote for cross-party legislation to stop Boris Johnson’s plans for a No Deal exit on October 31st in their tracks. This is a significant victory – the prime minister will now be legally bound to seek an extension to Article 50 (despite his protestations).

The Fight is Not Over

But the fight is not over yet. Today, Boris Johnson will again attempt to use an election to sneak through a dangerous No Deal Brexit. Of course, my party would relish the opportunity to fight an election. 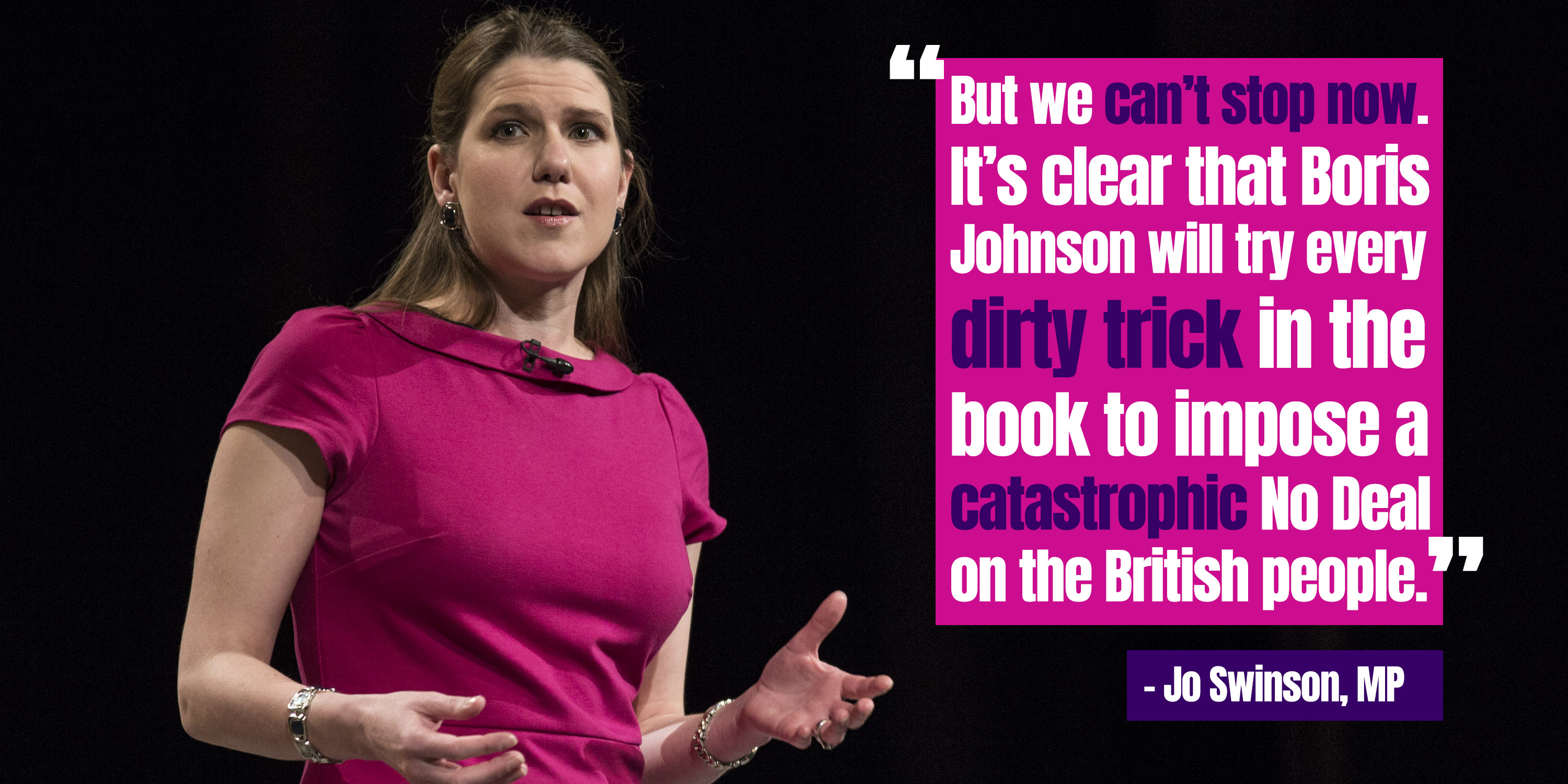 But in order to solve the crisis facing us right now, MPs from all political traditions must look beyond career ambitions or party interests. To put it bluntly, Brexit is bigger than petty party politics. That is why 21 of my colleagues from across the floor chose to put country before party in order to prevent Boris Johnson from taking the country off of the cliff edge that is No Deal.

That’s why opposition parties have agreed that we will not vote to tip our country into an election if it increases the likelihood of a dangerous No Deal Brexit.

Together we can get a People’s Vote

The fight for a People’s Vote will not be won in Parliament alone. I’ve been so inspired by the spontaneous protests that have happened across the country in defence of our democracy. But we can’t stop now. It’s clear that Boris Johnson and Dominic Cummings will try every dirty trick in the book to impose a catastrophic No Deal on the British people.

I promise you that I - and all my fellow Liberal Democrat MPs - will do everything in our power to stop Boris Johnson’s plot to force through No Deal against the will of the British people.

The European Movement has over 10,000 activists and over 125 local groups fighting a car-crash Boris Brexit on doorsteps and at MP surgeries every day. They need your help to ensure that they have the resources they need to combat whatever comes next. Can you chip in today?

Leader of the Liberal Democrats