Andrew Brown, a farmer in Rutland, discusses the details of the Australia Deal announced this week.

If you have seen the European Movement's social media posts today, you already know the Great British Sell Off is well underway.

This week the UK government has signed a trade deal with Australia that removes tariffs on meat imports produced to a much lower standard. 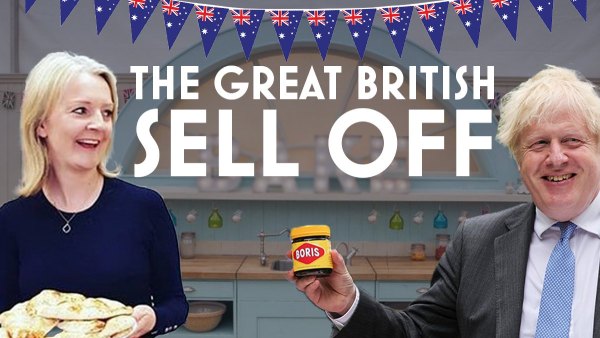 Boris Johnson’s own manifesto committed to protecting British food standards. Instead they are undercutting British farmers who will not be able to compete with these imports produced elsewhere using methods that are rightly banned in the UK.

Not only are farmers’ livelihoods at risk, but it also means a race to the bottom in standards for the food on your plate.

Here are just some of the key differences in standards between food produced in Australia and the UK:

Liz Truss and Boris Johnson are so keen to rush through trade deals without proper scrutiny that they are willing to risk undercutting our farmers and weaken our proud British standards – and for what?

Australia accounts for just 1.6% of UK exports, and even the UK government predicts it will only grow the economy by 0.02% over 15 years.

Farmers like me have been put in an impossible catch-22 situation. If we then drop our own standards to compete with low quality imports we will lose access to the EU market which accounts for 60% of our produce exports.

This deal could become a template for trade deals with other countries like New Zealand and the US. Whilst the government continues to negotiate trade deals we must get this message across: it is not worth selling off our standards for a trade deal worth a fraction of our trade on the EU market!

This is a fight we simply cannot afford to lose if we want to prevent our proud standards from being torn apart in the Great British Sell Off.

That is why we are teaming up with Save British Farming to organise demonstrations and create noise around this critical issue.

Our activists will be standing with our farmers as they fight against the weakening of our food and farming standards. If you want to get involved, please sign up here.

When we speak with one voice, we can defend our European values.