How far would you go to get a vote? A Swansea campaigner, Ed Sides, has just begun a 200 mile walk to London to join the People’s Vote march in the capital on 23 March, which will call for a referendum on the Brexit deal.

Ed, who is in his sixties, was born and brought up in Ireland. Over a forty-year working career he has lived and worked in five different European countries. He is now a dual Irish-British citizen. He has lived in Swansea for 12 years with his Welsh wife and family. 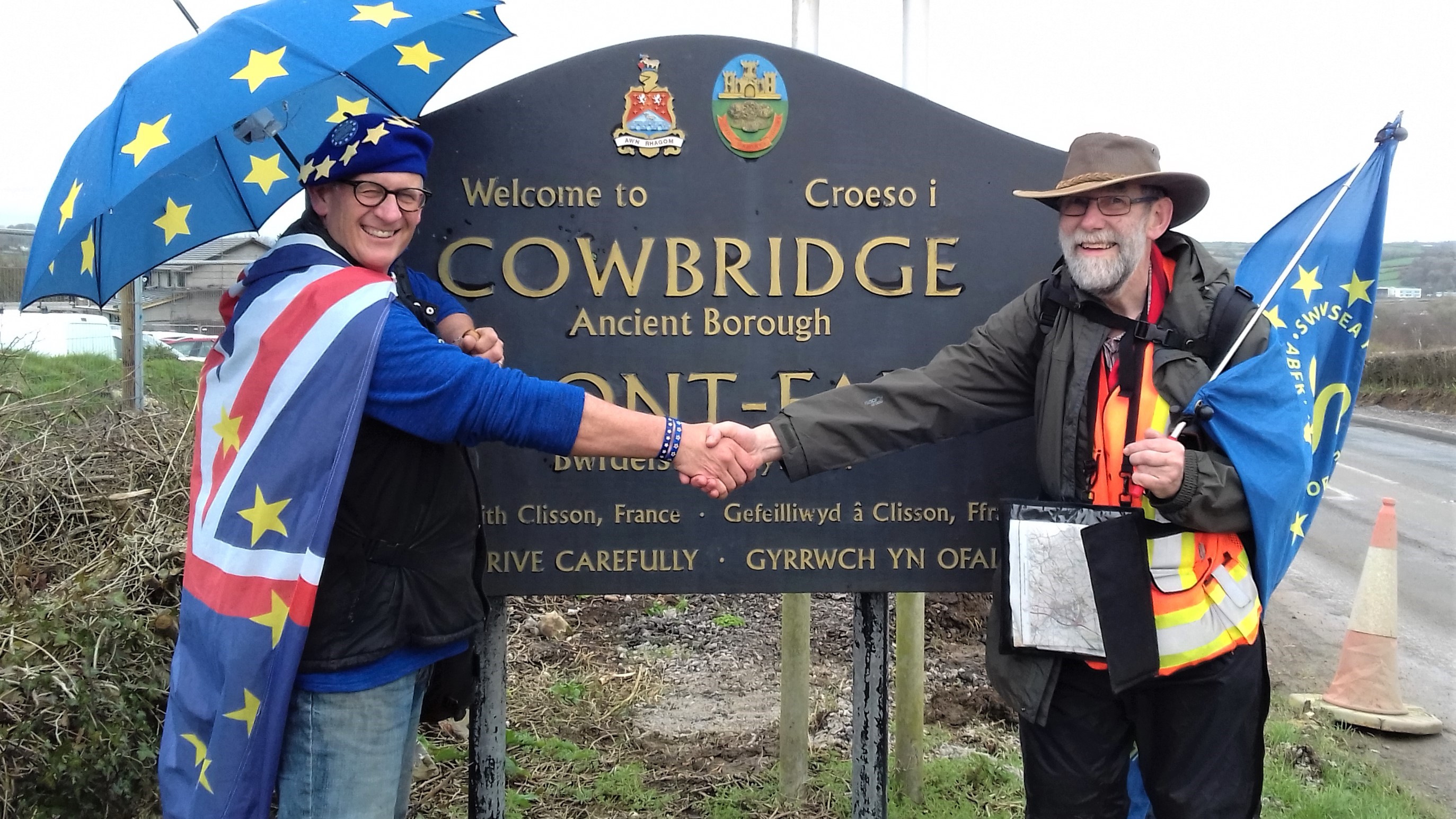 He says that he is driven by his annoyance about Brexit and the way that it is being handled by the UK government. He also sees it as a chance to listen to people along the route, whatever their views on Brexit.

Ed set off Swansea on Wednesday 6th March and aims to arrive in London on 22nd March, in time to join other Swansea for Europe campaigners who will be flying the flag for Swansea at the People’s Vote march. The last march, in October, was one of the biggest in British history, drawing 700,000 people.

Both Swansea for Europe and Wales for Europe have endorsed Ed’s walk.

Ed will be supported by the local groups of Wales for Europe and by other groups affiliated with the People’s Vote along the English portion of the route. He plans to walk every day between 6th and 22nd, except for one rest day: 17 March, St Patrick’s Day. 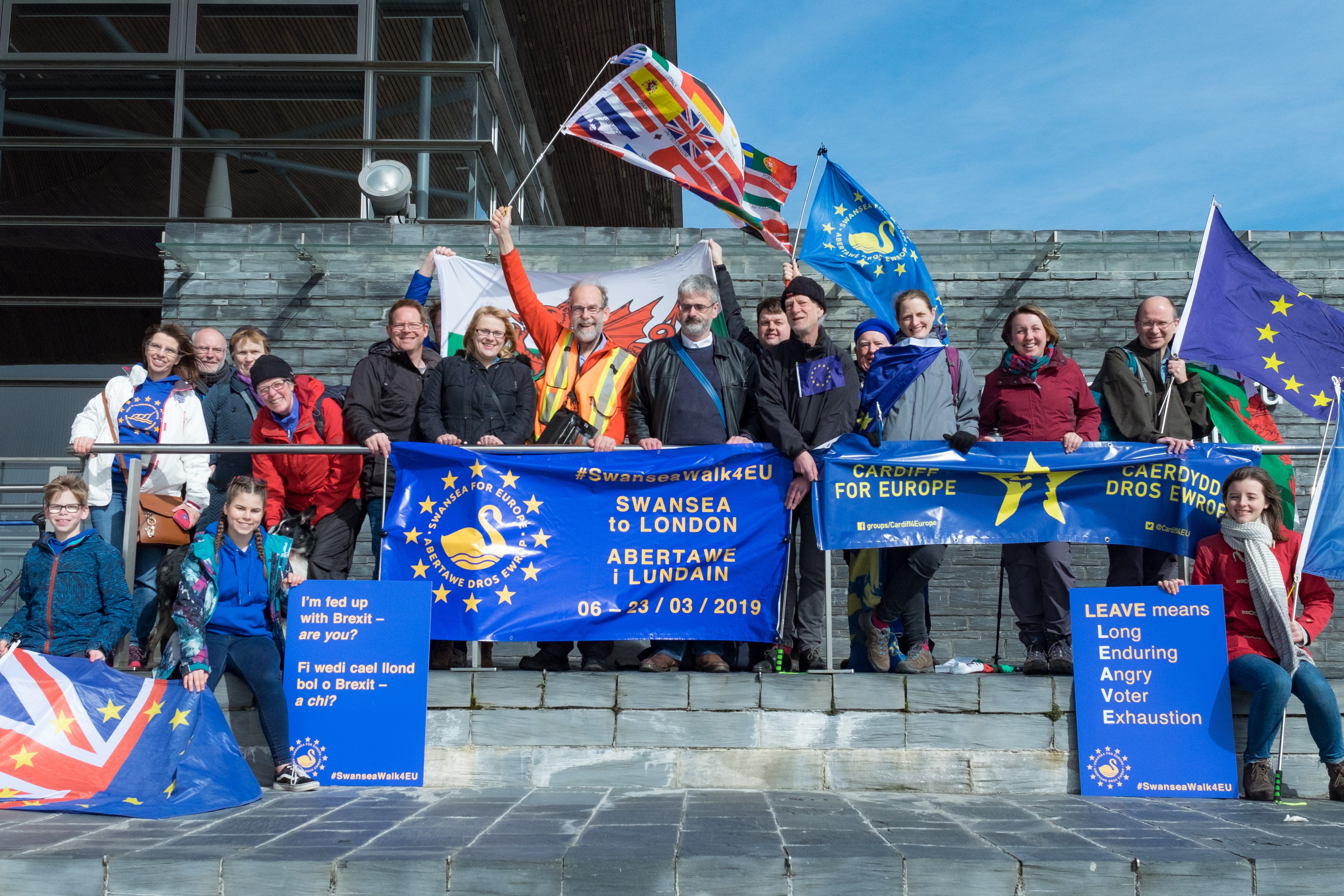 “Leaving the EU would be the biggest decision in a generation, and a lot has changed since the referendum nearly 3 years ago. That’s why we need a People’s Vote.

In my view, there is no deal we can get which is better than the one we have, as EU members. But we should let the people decide, now that we know the real options, not just campaign slogans”

Listening to different views on Brexit will be a central part of the walk for Ed, as it has been when he has been manning street stalls or leafletting for the Swansea for Europe group:

“We cannot let arguments turn into shouting matches. I firmly believe that the vast majority of people in this country are tolerant and reasonable people. I think they are looking for politicians to provide a solution that will allow us all to move on and spend our time addressing important issues such as education, health, social welfare, trade, migration control and economic growth.”

“We are all enormously proud of Ed as he undertakes this epic walk. He is a true Swansea hero.

The tide has turned against Brexit in Swansea. Feedback from our work on the city’s streets of Swansea and the opinion polls all point in the same direction. People are seeing through the false promises and realising that Brexit is harming our city and our NHS.

The key now is persuading politicians to let us vote on the actual deal. It is standard practice that deals should be ratified by the people they affect - which in this case is all of us.

We’re urging everyone to support Ed and to ask their MP to back a People’s Vote. Why not join us on the bus to the People’s Vote march in London on March 23rd, where we will give Ed a hero’s welcome”. 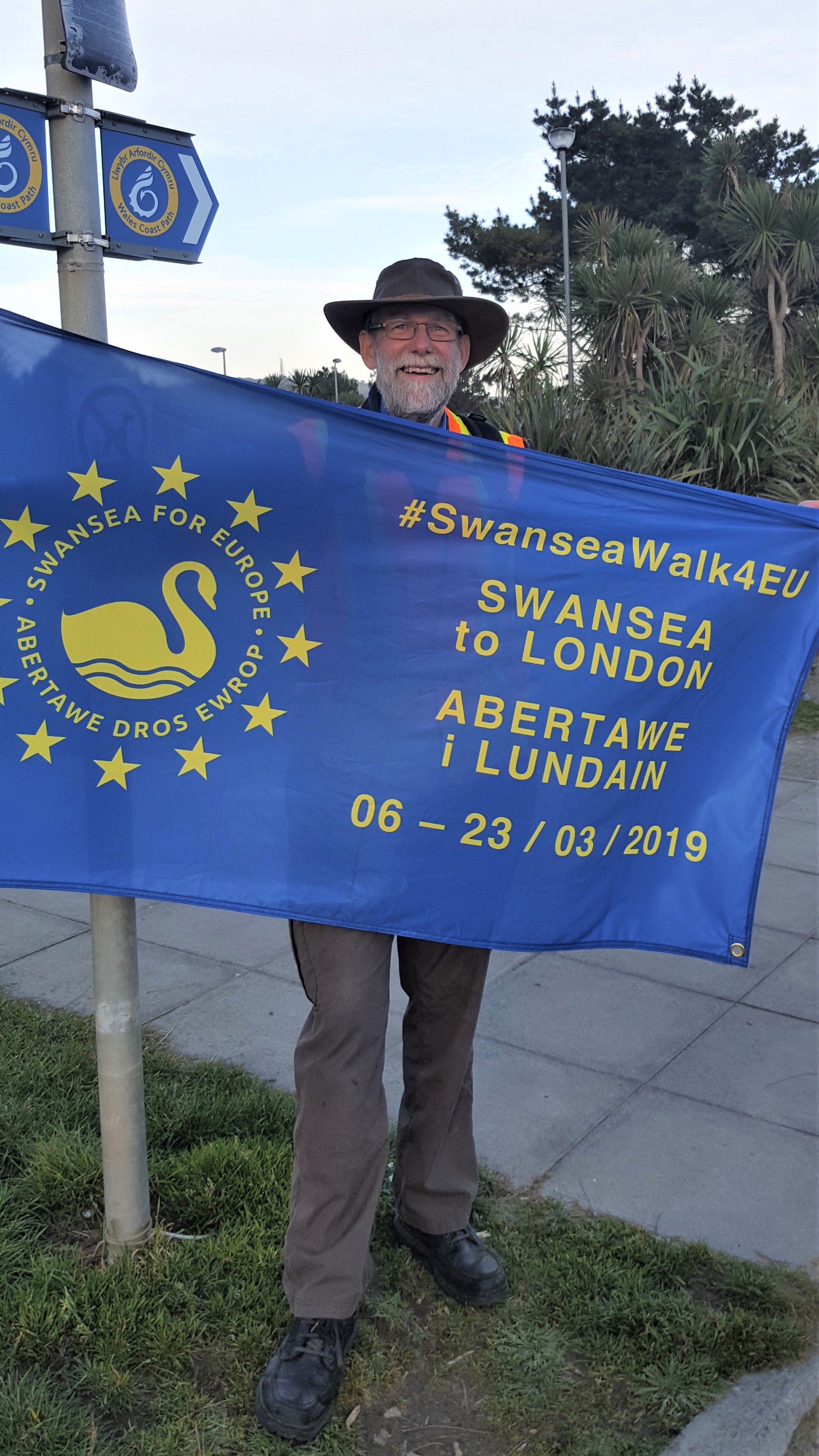 Swansea for Europe is a grassroots group of ordinary Swansea people campaigning against Brexit and calling for a People’s Vote. Follow them on Twitter and Facebook