Pro-Europeans headed towards the Labour Party conference in Brighton yesterday to take part in our march and rally for Europe, as well as our event at the Dome, organised by the European Movement UK, Britain for Europe, Scientists for EU, Healthier in the EU and local group, Brighton and Hove for Europe.  Open Britain also supported the pro-European rally.

The march was a mass of blue as it streamed past the Labour Party conference to Hove Lawns.  Our supporters wanted to make the march and rally a positive opportunity to show that democracy is an ongoing process and that their voices need to be heard; to celebrate the benefits of our European Union membership, which we don't want to lose; and to demonstrate our collaboration with like-minded groups.

People joined the local Brighton and Hove for Europe group from all over the country, proudly bearing pro-EU flags, banners, placards, T-shirts and stickers to present a united opposition to Brexit plans and to make this loud and clear at the Labour Party conference.

Speakers at the rally included Richard Corbett MEP and European Movement Vice-Chair; Caroline Lucas, Green MP; Peter Kyle, Labour MP; Lloyd Russell-Moyle, Labour MP; Alastair Campbell, former Downing Street Communications Strategist; and Mike Galsworthy, Scientists for EU. There were many cheers from the crowd when the speakers took to the stage to outline the case against plans to exit the EU, the threat that Brexit poses and the pro-European future to fight for.

The #Rally4Europe was livestreamed to our Facebook page and can be watched here: www.facebook.com/europeanmovementUK

These are some photos from the day: 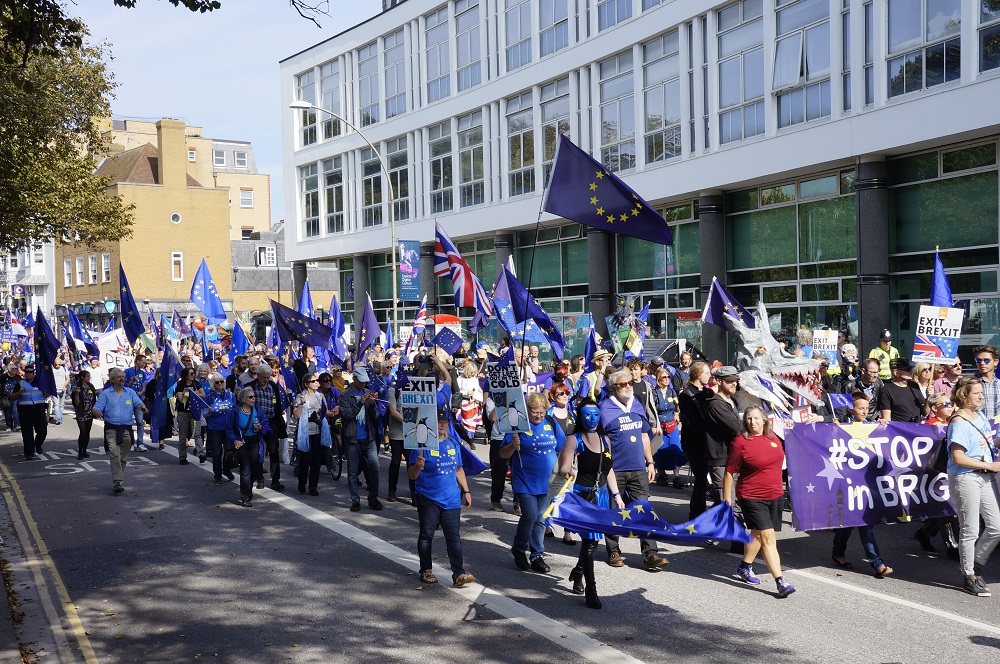 On the way to the Labour Party conference 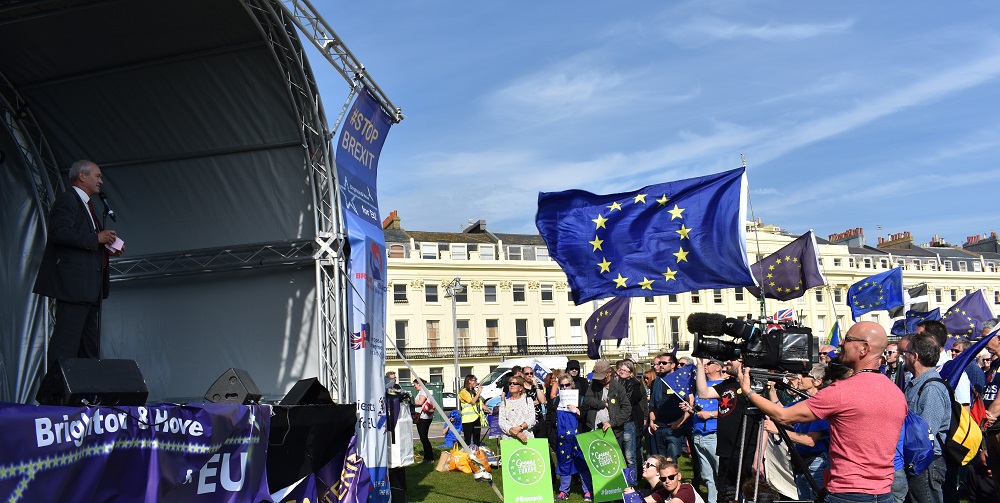 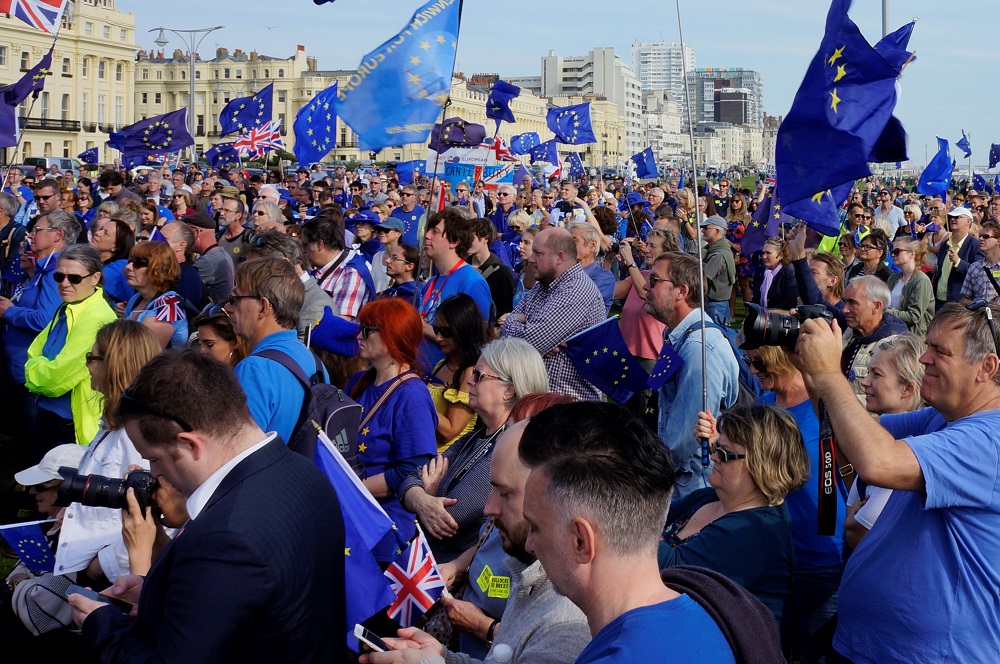 The sea of blue stretches inland from the coast 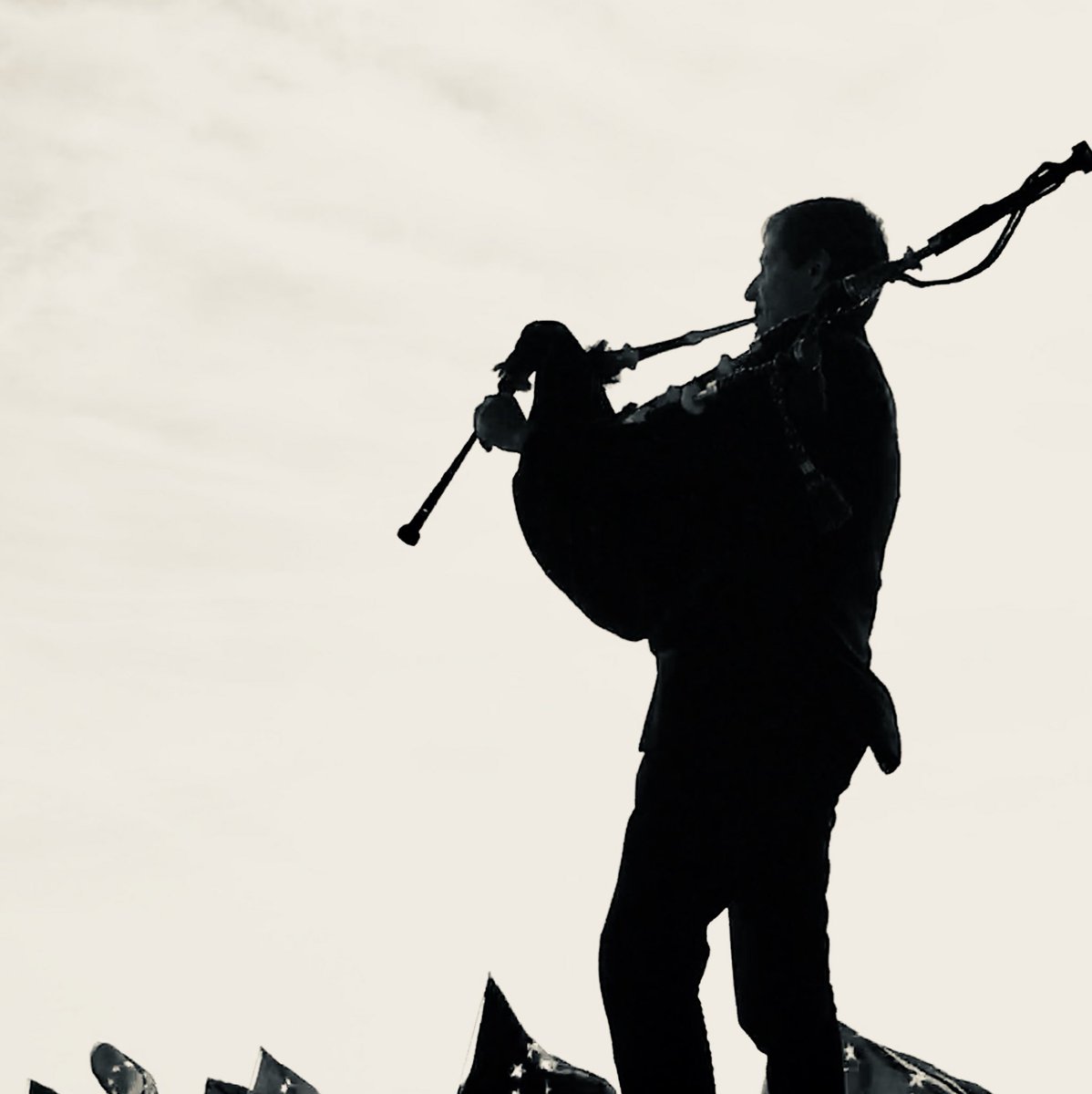 Ode to Joy on the bagpipes performed by Alastair Campbell 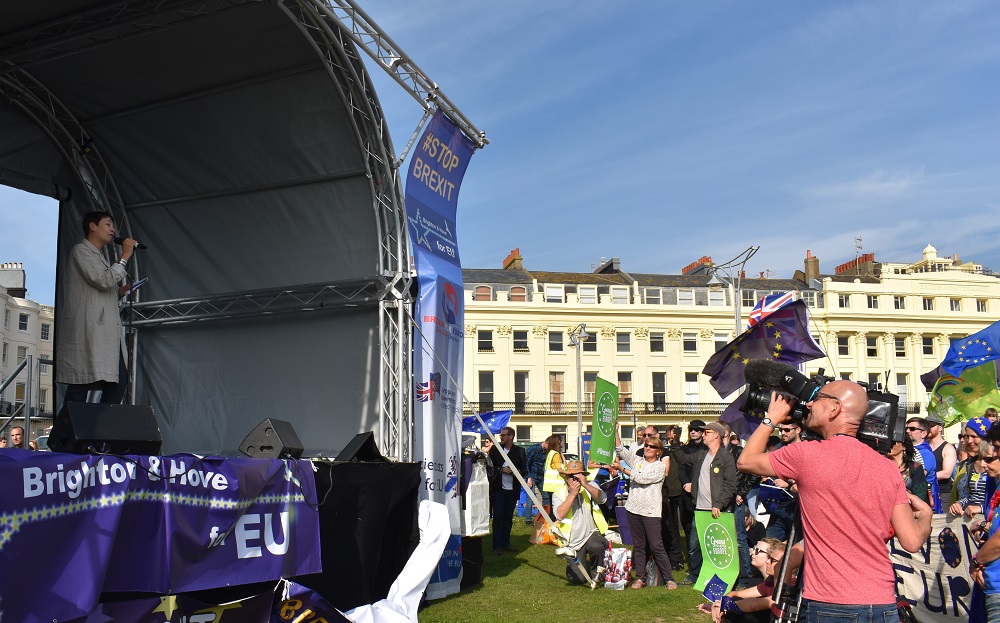 “Democracy is a process, not an event. A healthy democracy is a dialogue in which all voices should be heard. And it must allow the voters to change their mind. Democracy – the open challenge to those in power to explain themselves to voters – has never been more important.

“That is why cross-party pro-European voices need to come together to challenge the current trend of events. The European Movement is pleased to be collaborating with other leading pro-European groups at our rallies: Britain for Europe, Scientists for EU, Healthier IN the EU and Open Britain, to celebrate and positively affirm our shared standpoint and express our concern about the threats Brexit poses.

“Now is the time to speak out for the future we want – one side by side with our European partners and neighbours and inside the EU.”

“Britain is at risk of being ripped out of the EU by a government without a clear plan, and a set of ministers who want to inflict an extreme Brexit upon us. We can't stand by and watch this happen - which is why it's great to see people working together on the issue. The Green Party want Britain to remain as close to Europe as possible - and in particular we'd like to see a continuation of free movement and membership of the Single Market.

“Young people will suffer most from an extreme Brexit - losing both their right to live, study and work across Europe and also suffering from the economic consequences of leaving the EU. Let's not betray young people by shrinking their horizons. Instead we must adopt a common sense approach which reflects the best interests of Britain for future generations.”

“We won’t stop the Government’s plans for an extreme and destructive hard Brexit unless ordinary people are willing to stand up and be counted, which is exactly what these rallies are about.

“Both Brighton & Hove and Manchester voted Remain in the referendum, and local peoples’ voices will be heard in standing up for a strong, close relationship between Britain and Europe.”

“The majority of politicians know that Brexit is going to be disastrous for Britain, but they need to see the extent to which the public increasingly supports EU membership for them to have the confidence to speak out about it. That’s what we’re going to demonstrate to them.

“We have come together as a unified campaign with one goal – to show the momentum of the pro-EU movement triggered by the Brexit vote; and that politicians from across the board should join us in continuing to make the case for EU membership.”

Dr Robert Davidson, CEO, Scientists for EU and Healthier IN the EU, said:

“Many people voted for Brexit because they were fed up of austerity and wanted better funded public services like our NHS and schools.

“Our NHS is on its knees, there is a Brexit brain drain of skills and talent from universities, hospitals, schools, and every working sector in the UK.

“We are taking our supporters to the party conferences to tell our politicians directly – British democracy is an ongoing, participative process and it did not halt on 23 June 2016.”