The European Movement UK would like to congratulate Sarah Olney on her victory in the Richmond Park by-election last night. 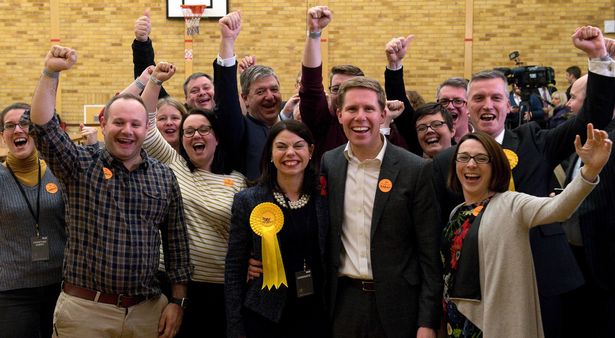 Sarah’s victory is a clear message from the voters of Richmond Park to the government that they must stop with the hard ‘Brexit’ agenda they are pursuing.

Richmond Park-like communities up and down the country voted overwhelmingly for us to remain in the European Union and it is essential that the government listens to the concerns of the 48% as they begin formal negotiations with the European Union.

“Last night’s victory for a pro-Remain candidate is a signal to the government that the public are not happy with how they are handling ‘Brexit’. The public are extremely concerned about losing our access to the single market, putting thousands of businesses and jobs at risk, and losing equalities legislation and environmental protections that we have got from the EU.”

“We welcome Ms. Olney’s pledge to vote against invoking Article 50 when it is put to Parliament without a firm plan from the Government. The European Movement UK is calling for other MPs to do the same. Article 50 should only be invoked when the Government presents the public with a clear plan as to what ‘Brexit’ really means.”