Last week, economist Roger Bootle wrote a piece for The Telegraph entitled We cannot be fooled by the myth of EU economic success. I have taken the liberty of reproducing it here and correcting and commenting upon many of the inaccuracies that the piece contained. Bootle’s original piece in black – my comments in italics. 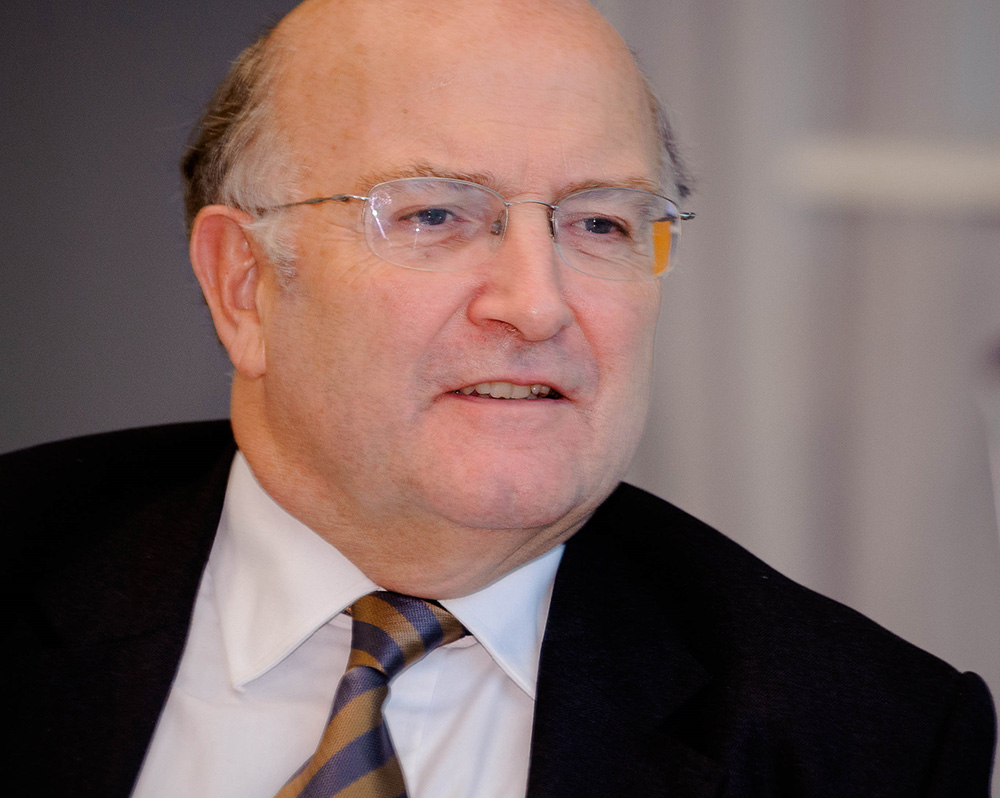 There have been umpteen studies of the immediate net cost or benefit of staying in the European Union. Important though such calculations are, we also need to look at how such a balance of costs and benefits is likely to evolve over future decades, including in relation to opportunities and threats that we cannot, at present, clearly foresee.

Is the EU likely to make good decisions about these threats and opportunities? This issue turns on the quality of governance in the EU. And the conclusion is not favourable.

It is not widely recognised among the public that the EU is a comparative economic failure.

In what sense? The EU is the world’s largest single market. It has one of the highest standards of living in the world. True, developing countries that are catching up have a higher growth rate, that is normal. They have a long way to go to catch up. True, EU countries, including Britain, have an ageing population as life expectancy lengthens and this will, in economic terms, be a burden, although it is in fact an economic and social success. Remember too: Britain’s economic growth lagged behind the EU before it joined. It then did as well as (or even better) than the others while it was a member. It is now starting to lag again as Brexit looms.

Not in its initial years, of course, when its members grew strongly, thanks to recovery from the war and the transfer of large numbers of people from agriculture to industry. And not so much during 2017, when the EU’s relative performance compared to the US, for instance, picked up.

This is not so much the case in per capita terms. US economic growth in absolute terms is partially a reflection of its growth in population.

But this is likely to be a flash in the pan. Over the last two decades, its record has been poor, not only against the emerging markets – which is a misleading comparison – but also against other developed countries such as the US, Australia and Canada. Moreover, over this period, most members of the EU have decidedly under-performed against the UK.

Why is this? Over the last decade and a half, the answer is mostly “the euro”, which has been an unmitigated disaster.

Not a view shared by its members, not a single one of which wants to leave the euro.

But poor relative performance predates the euro. I think that the reason for this earlier underperformance, which has carried through to the euro era, is a series of bad decisions which have reduced efficiency.

A pro-remain protester holds up an EU flag with one of the stars symbolically cut out in front of the Houses of Parliament shortly after British Prime Minister Theresa May announced to the House of Commons that Article 50 had been triggered in London on March 29, 2017. The widely acknowledged misuse of the EU’s funds has not helped.

No evidence of this assertion is offered in the article. Of course there will be some mis-spent money, as at national level, but the EU budget also offers the opportunity to save money by spending jointly, avoiding duplication and securing economies of scale. The joint technical agencies (on air safety, chemicals, medicines, etc), joint research programmes and so on all provide better value for money than separate national ones, with duplication and overlap, would.

But more important than this has been the EU’s excessive regulatory zeal which has placed countless unnecessary burdens on business.

Parroting clichés does not help intellectual debate. EU regulations are largely about having a single set of rules and standards in a single market instead of 28 divergent ones. This cutsred tape and compliance costs.   The EU can anyway only adopt legislation with the approval of the Council, composed of ministers from national governments, which has to agree it is  necessary and proportionate – any excessive “zeal” by the European Commission would not get very far unless national governments agreed.

And probably more important still has been the absorption of the time and attention of politicians, officials and business leaders with barmy plans for the harmonisation, integration and Europeanisation of something or other. While the leaders of the rapidly growing countries of Asia were busying themselves with the fundamentals of economic growth, in Europe their equivalents were obsessed with unnecessary and damaging integrations.

One thing that would cost more than the CAP would be having 28 separate competing system of subsidy in a single market. In any case the CAP has been significantly reformed: it has fallen from over 70% of the EU budget to nearly 30%, there are no longer beef mountains or wine lakes of stored surplus production, protectionism has fallen and trade has increased.

In addition, the EU continues to operate a protectionist trade policy which has brought about a huge misallocation of resources with a consequent loss of real incomes for European consumers.

The EU imports (and exports) more than the US, Russia and Japan combined. It is less protectionist than they are. It does protect some agricultural products – but then, so will Britain, unless we want to wipe out our farmers!

Why does the EU make such bad decisions? Because its institutions are badly structured and don’t work well, and because its essential ethos – the drive towards “ever closer union” – is misguided. The EU operates through an unelected commission,

The Commission only proposes, does not decide, on EU legislation. It is the government ministers in the Council and Members of the European Parliament who decide.

supported by an army of bureaucrats,

The Commission has fewer employees than most medium sized cities.

and the European Council, where the horsetrading of individual country interests dominates. In practice, things used to be run by the dominant pair, France and Germany. More recently, France has faded and Germany now dominates. Meanwhile, the European Parliament is a weak institution with little democratic legitimacy and limited powers.

I do not know what the predominant issues of the next few decades are going to be. But I do know this: on the basis of its record, the EU is likely to make cack-handed decisions about them, whatever they are. Two candidates for disastrous policy decisions readily suggest themselves: a move to “harmonise” pension arrangements across the union; and the restriction, including possible taxation, of robots and the employment of advances in artificial intelligence.

Tax measures require unanimity, so cannot happen without Britain’s agreement (while it is a member).

Yet aren’t the EU’s cack-handed decisions likely to be outweighed by the benefits of the single market? The short answer is no. These benefits have been greatly oversold.

People talk about Britain “having access” to the single market, as though it were some sort of room, with a door through which you may or may not be admitted, depending upon your membership.

But this is nonsense. All countries in the world have access to the single market. It is simply that in order to sell goods into it they have to agree to meet its standards.

While we are part of it, UK goods are automatically considered to be compliant with its standards (which are also our standards), so no border checks or extra form filling are needed to sell anywhere in the EU or EEA, our main export market by far.

Yet that is true wherever you try to sell goods. As it happens, plenty of countries around the world have had great success selling into the single market without themselves being members of it. The United States is the largest exporter to the EU, followed by China.

As for the importance of being able to influence its rules, which has supposedly been a strong argument for the UK to remain a member of the EU, exporters from these other countries have not been able to influence them either.

But we can and do. And since EU standards apply to the world’s largest market, they often set the trend for the rest of the world. As a member, we are the rule-maker not the rule-taker.

Nor do these countries have a single MEP or representative at any European meeting.

By contrast, the downside to the single market is that you have to apply all its rules and regulations throughout the whole economy. In the UK’s case, about 12pc of our GDP is directly accounted for by exports to the EU. This means that some 88pc is not. Yet that 88pc must also obey all the EU’s rules.

If they weren’t obeying EU rules they’d be obeying national rules. The only difference is that our national rules on such matters are the same or equivalent to the rules of our neighbours, which does not disadvantage the 88% but helps our exporting 12%.

Moreover, whatever advantages there are from single market membership are set to fade as the EU falls rapidly in relative importance as it is outgrown by the rest of the world. For the same reason, the costs of having to impose its regulations on the whole economy are set to rise. This is a club of which we should not want to be a member.

Unshackled from the EU and its destructive policies, there is every chance that the UK will enjoy a faster rate of economic growth – faster than it enjoyed in the past while a member, and faster than the remaining members in the future.

That argument only works if we would get a higher rate of growth by having lower standards of consumer protection, workers’ rights and environmental norms – is this the hidden agenda of the Eurosceptic right?

This article was first published by on the website of Richard Corbett MEP, Deputy Leader of the EPLP and vice chair of the European Movement UK. Click here for more blogs about the EU or in depth Brexit Briefings.