We Need to Stay in Euratom to Protect our NHS

The Nuclear Safeguards Bill is currently being debated in Parliament, which is why the European Movement UK wants to make the case for keeping our EURATOM membership, which is vital for the NHS as it ensures cancer patients can receive radiotherapy treatments without supply-related disruptions. 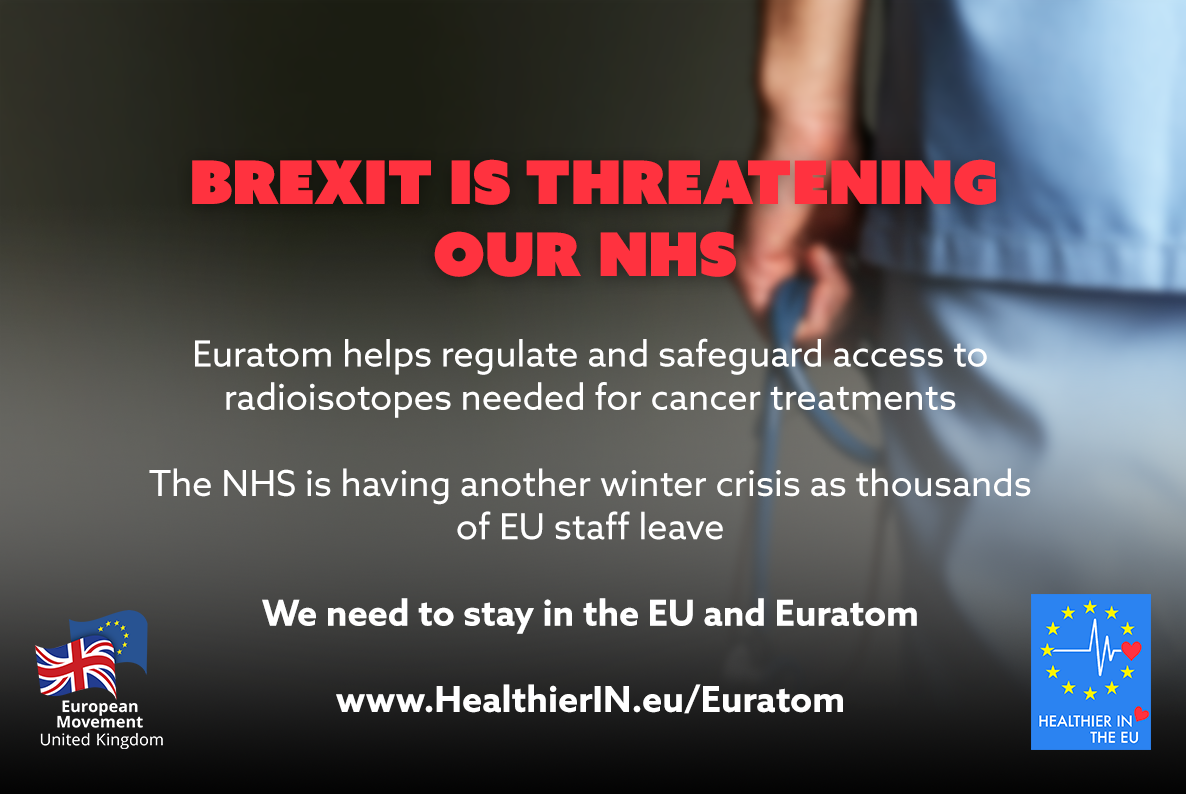 The NHS is experiencing a winter crisis and has already been hit hard by Brexit.  The number of EU nurse applicants has dropped by 96% since the vote to leave the EU; increasing numbers of EU-trained ambulance staff are quitting the NHS, already one of the most understaffed areas of NHS care, just as concern over slow response time grows; more than 33,000 nurses left the NHS last year; and 68 NHS chiefs have warned of long delays and risks to patients.

James MacCleary, Campaigns Director, European Movement UK, said: “Our supporters believe it is in the best interests of the UK to remain within the EU and EURATOM, which is vital for our NHS.

“We should be doing everything we can to support our NHS, which so many people depend upon, but Brexit is helping to bring it to its knees.  All this, when the Leave campaign infamously promised an extra £350 million a week for the NHS.

“EURATOM wasn't discussed during the referendum campaign, no one voted to leave it and certainly no one voted for delays to cancer treatment, due to problems with the supply of medical isotopes.”