Staffs4Europe(North) started in June just as the People’s Vote campaign took off. Nobody realised how much time it would take to fight for our place at the heart of Europe and for the future of our children.

North Staffordshire is a Brexit hot spot. The nickname Brexit Capital has put an otherwise ignored Stoke on Trent on the map. To say they were nervous of setting up street stalls was an understatement.

Our first big target was the Leek agricultural show (all those Brexit supporting farmers!) a month after our inauguration. To build their confidence, they held our first stall in Leek town centre. Despite competing with the World Cup, they exceeded expectations collecting signatures for the People's Vote petition and recruiting supporters who had thought they were lone voices in the wilderness. There were “Out means out” and “Don’t you lot understand democracy?” heckles but on the whole people were friendly regardless of their views on Brexit. Staff4Europe were greatly encouraged and learned a lot about the understanding and views of people genuinely interested in the future of our country. 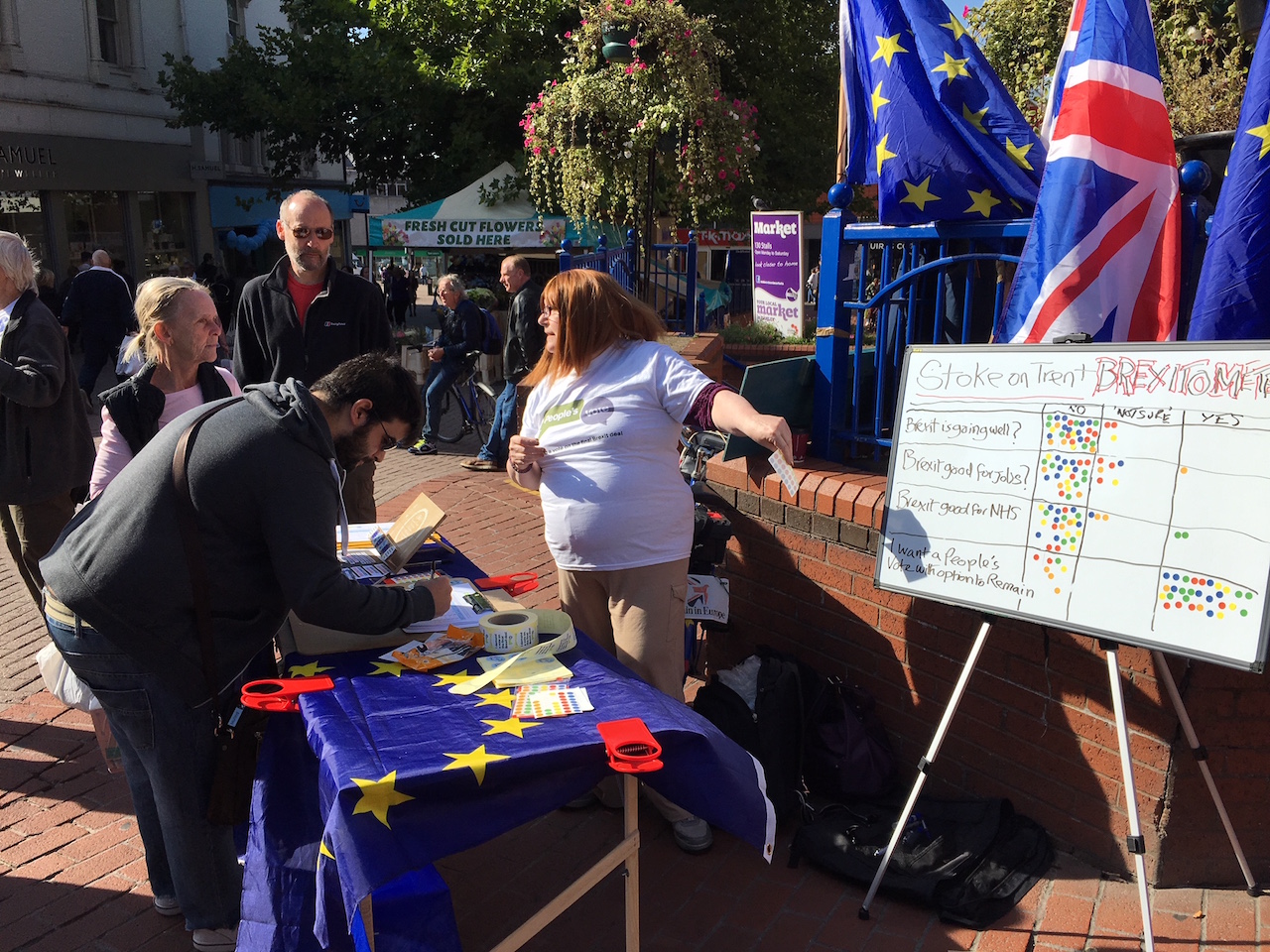 On show day plenty of visitors, attracted by musicians, were willing to debate with them and they won over a couple of people to Remainer now. Their Brexitometer results suggested a definite swing to Remain.

Another big target was Stoke on Trent. Staff4Europe didn’t think they were ready for the challenge but took the plunge for the September National Action Day and were pleasantly surprised with the results. Local people are becoming more aware of what Brexit really means with some saying how duped they felt after the referendum. Most surprisingly some who still class themselves as Leave voters confessed they are not really bothered whether we Leave or Remain; they just want someone to listen to them. The Brexit at any price hecklers were there but in quiet voice and we got good publicity from the local press. If Stoke on Trent is the Brexit capital then it is still all to play for.

The group has grown to 15 active members with many more supporters. They have held five street stalls across the region, distributed hundreds of leaflets, run a letter writing campaign, held a public meeting, marched, given interviews to online media and recently helped to launch a sister organisation covering Staffs South. 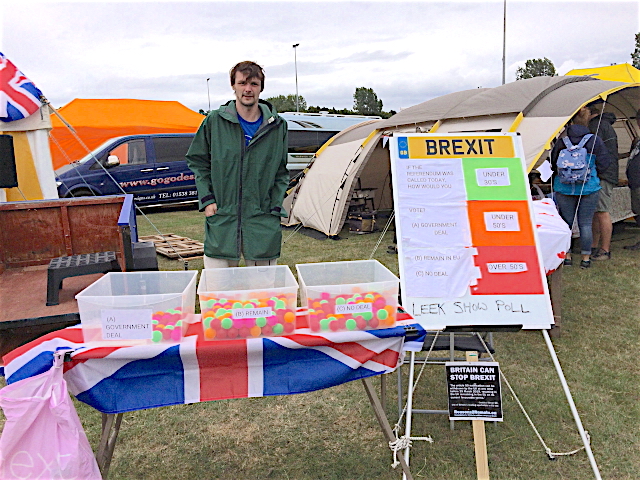 They are now planning “big speaker” events as both Lord Adonis and Professor Michael Dougan have offered their services to help them expand our reach.

The “Will of the People” is shifting, even in the Brexit Capital. People voted for something better. They want to be listened to which is why they are joining the People's Vote March on 20th October to demand the government starts listening to the people again.

Book a seat on our coach to the London march: https://www.staffs4europe.eu/event.php