Three full coaches left Stroud on Saturday, after picking up from Gloucester and Cirencester. Stopping on the way in Reading services,  it was inspiring to see a sea of blue and gold, as other marchers from other areas also took a break from their journey.
On reaching London the sight was incredible, as swathes of marchers began to meet. The group joined them and, although there have been many marches over the years, most have never been part of something so huge and so special. There were many members of Glostays for whom this was their first experience! They were mesmerised by the whole event. There were lots of children who will never forget being part of this. There were also some leavers who have now seen the travesty that is unfolding and have changed their mind. Hats off to them. 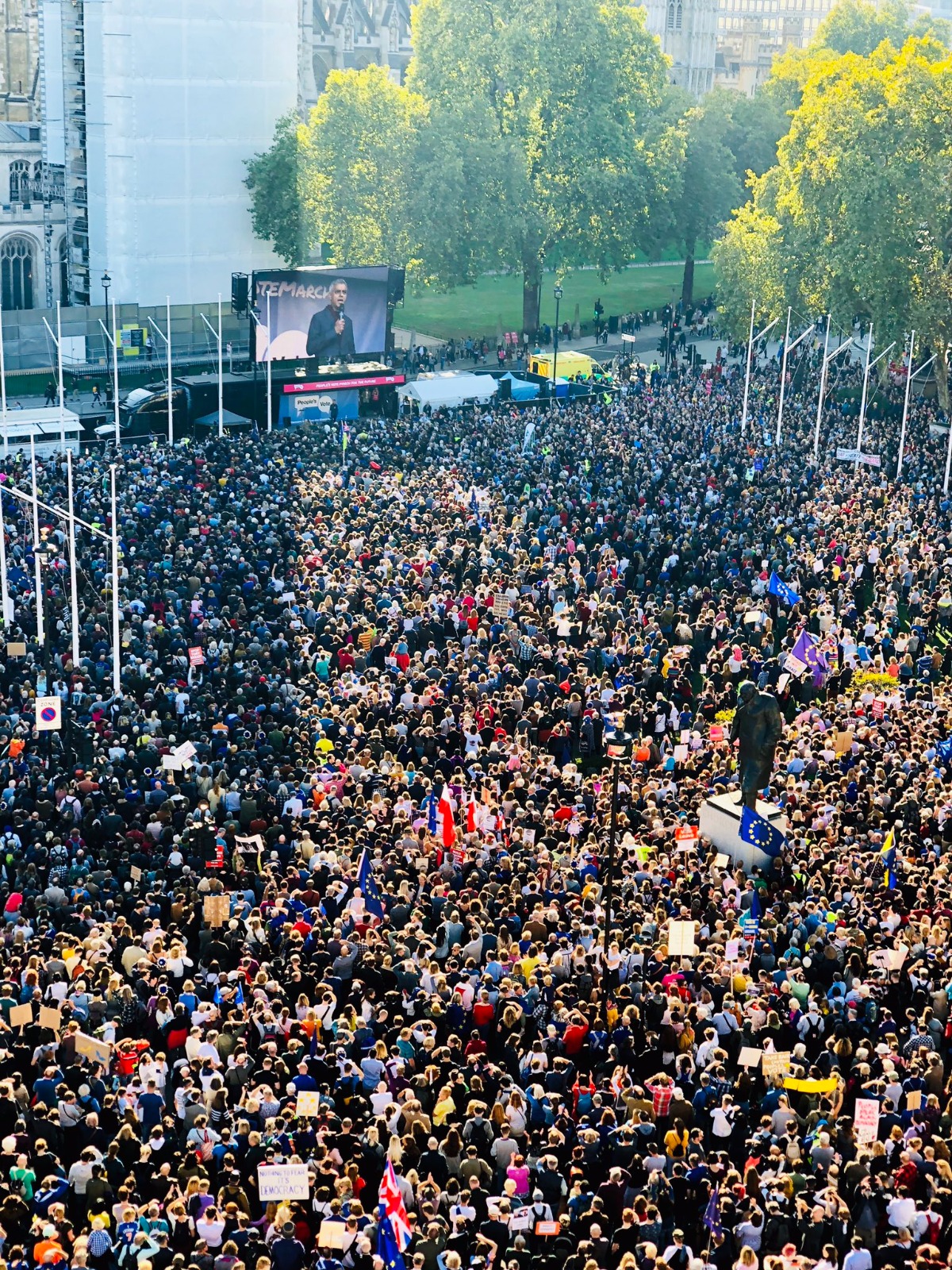 Glostays left London at the end of the day, having signed up many more activists, who will now become part of the fight to stop Brexit. The group will continue to demand a people’s vote and make ourselves heard. The March was peaceful, exhilarating and hopeful. It made many feel proud of the country for the first time in a long time.