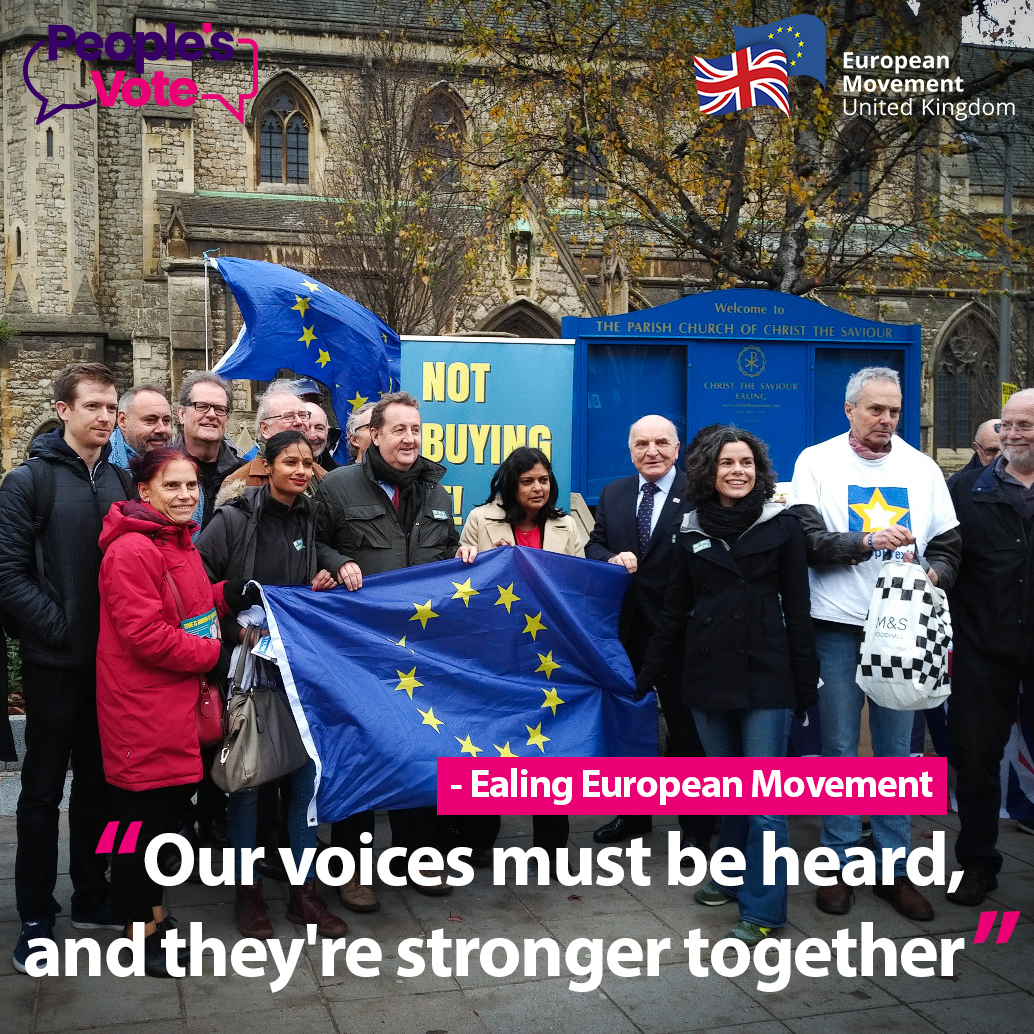 Located in West London, Ealing European Movement has quickly become one of the European Movement’s most dynamic activist groups. The group came about informally after the 2016 referendum as a way of continuing the positive campaign for Britain’s place in the EU, and for a People's Vote on the Brexit deal - but has expanded considerably over the past year. The group now boasts over 700 supporters and has the support of several local MPs. Ealing Central and Acton MP Rupa Huq (one of the first MPs to support a People’s Vote) frequently attends group events, and both Virendra Sharma and Steve Pound have lent a hand at the group’s street stalls. The group has also developed a close relationship with Ealing Council, who passed a motion affirming their support for a People’s Vote in April 2018.

Ealing is incredibly intertwined with the EU; around 55,000 people living in Ealing are from other countries in the Union. 276 of them are nurses at Ealing hospital. The EU has invested millions of pounds in projects within Ealing, including theatre groups and schools. The local university, the University of West London, benefits from the Erasmus+ student exchange programme - yet another thing that Brexit threatens.

The group’s volunteers reflect the area’s diversity of EU nationality. Group treasurer Geoff Warren explained his group’s motivation for coming together by saying

“Some of our volunteers are EU27 citizens, who have made their home here, unsure of their future status in the UK. Some have UK family members in the EU27 with EU27 partners who could be driven apart. They’re mixed in age and nationality, but united in opposing Brexit”.

The group’s youngest activist Curtis Parfitt-Ford hasn’t limited his efforts to his home borough - he is also a frequent presence at People’s Vote headquarters, where he recently assisted the digital team in developing software to help people more easily contact their MP. Speaking about Ealing European Movement’s considerable expansion, he said:

“The response we've had from all over the borough has been fantastic - we've more than tripled our initial support base over the last year. Our work has been such a success thanks to a strong local team working in partnership with the European Movement on a national level, really pushing out a positive message about a People's Vote across the entirety of Ealing”.

The group has been an active presence throughout the borough all summer, and as the campaign for a People’s Vote reaches a critical juncture, they have no plans to slow down anytime soon. When asked about the group’s future plans, Parfitt-Ford simply replied “We remain committed to giving Ealing the final say it demands on Brexit. Our voices must be heard, and they're stronger together”.