When asked why he chose to get involved in the People's Vote campaign, Tees4Europe chairman Scott Hunter said:

“Like most other people who had never taken part in political campaigning before, I watched the 2016 referendum on TV with a growing sense of alarm.  About a week before the vote there was an edition of Newsnight broadcast from Middlesbrough where Kirsty Wark interviewed a group of workers who had just lost their jobs at the Redcar steel plant. These were not the people shouting about sovereignty and Global Britain, but they were all planning to vote for Brexit, and when asked why, they replied that the steelworks had to close down because EU competition laws meant that there could be no tariffs to prevent the Chinese from dumping steel on the European market. Except that this wasn’t true. But it was too late. The referendum was lost, and I recognised that trying to fix that had just become a DIY job”.

Tees4Europe was only founded in February, but they are already making a huge impact on their local community. At their meeting last week, the group was joined by Shadow Brexit Minister Jenny Chapman MP to discuss the negative impact of a No Deal Brexit on communities in the North East. Chapman told the group that “Leaving without a deal is something that this country should not be forced to withstand. It’s probably fine if you live in the south of England and you are in finance, and are personally wealthy, but if you’re working in a processing industry, manufacturing industry and working in the North-East of England, then you sure as hell will feel it. If we leave without a deal, jobs are going to be on the line”.

Because of their success Tees4Europe is currently in the process of expanding, and they are currently concentrating their efforts on the town of Darlington. Darlington may have voted by 56.2% to leave the European Union in 2016, but there is reason for optimism. According to recent data, the town boasts the highest level of support for a People’s Vote in the Tees Valley. Group chair Scott Hunter said, “when we looked at the figures, we realised that we had to make a move”.

Although the group campaigns in an area which voted Leave in 2016, Hunter says “I am pleased to be able to report that [our group] have shown remarkable resilience over the past months.  Our events are well supported, and people are active on social media”. An above average leave share requires an above average amount of campaigning, and Tees4Europe has certainly risen to the challenge. Members of the group also play an active role in their community beyond the fight for a People’s Vote – their most senior member, Kitty Grove-Stephensen, recently took to the sky in a sponsored flight at the age of 87 to raise money for MS research. 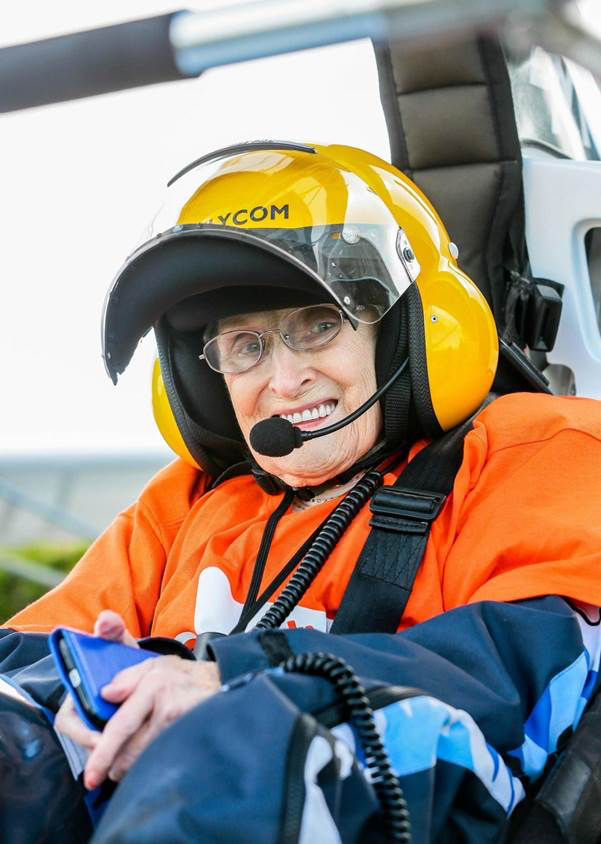 This summer, the group hopes to continue their recent expansion and intensify their efforts even more. Local groups like Tees4Europe have been crucial to the success of the People’s Vote campaign so far – and, as the campaign reaches a critical juncture, they will continue to play a vital role in what happens next.