In Greek mythology, the King of the Gods, Zeus, fell in love with a Phoenician princess called Europa. He presented himself in the form of a bull, and whisked her away on his back, as shown in pictures from antiquity. 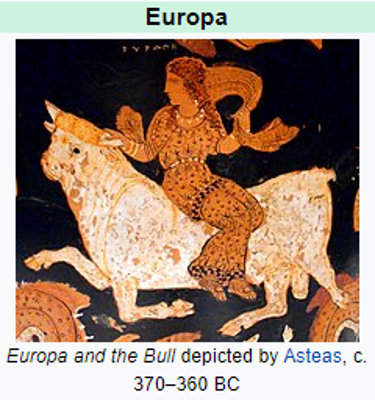 From ancient Greece emerged democracy, and our continent was named after that beautiful princess. From the destruction of war emerged the European Union: guardian of democracy, rule of law, peace and prosperity in Europe. Like a woman, the EU is not perfect. But it brings many good things to our lives that we should not take for granted. It should be cherished and respected.

On 1 October 2019, Harry, a modern-day prince, wrote a letter in defence of his princess, Meghan, and in memory of his mother, “The People’s Princess”.

Think of Princess Europa and the European Union when you read these words from Harry’s letter about what certain elements of the British press are doing to Meghan:

“There is a human cost to this relentless propaganda, specifically when it is knowingly false and malicious... Because in today’s digital age, press fabrications are repurposed as truth across the globe…
There comes a point when the only thing to do is to stand up to this behaviour, because it destroys people and destroys lives. Put simply, it is bullying, which scares and silences people. We all know this isn’t acceptable, at any level. We won’t and can’t believe in a world where there is no accountability for this.
Though this action may not be the safe one, it is the right one. Because my deepest fear is history repeating itself.”

What would a modern-day "God of Democracy" think when looking at how the British press treated Princess Europa? 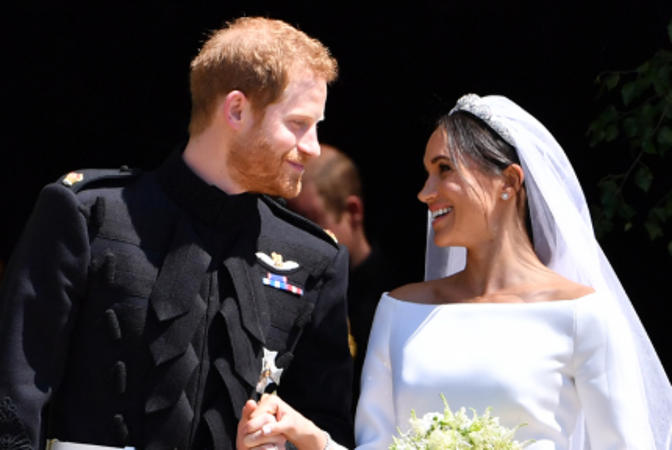 Both Meghan and Europa are the target of unabashed xenophobia, their merits and virtues irrelevant against powerful narratives designed to ‘other’ them, to show their supposed incompatibility with what supposedly it is to be British.

In 1933, 17 million Germans voted for Hitler. Millions of good people were whipped up and taken in by his propaganda machinery. Propaganda can come from private as well as public sources. Lies, hate-mongering and abuse of power are not acceptable, from wherever they come. The purveyors have to be held to account – especially when they are reaching millions of people.

With respect to Prince Harry, not only his personal history and wife, but also the society of both their homelands have been damaged by the malicious propaganda and tactics he describes. I salute him for calling out the purveyors of it.

It is very hard for any individual or organisation to go against the will of the tabloid establishment. To do so is to open oneself to be bullied, attacked, rubbished, belittled or dismissed. The Sussexes know it all too well, as do those who put their heads above the parapet on behalf of Brits who oppose Brexit (over half of the UK population according to most polls during the last few years).

But despite the risks, standing up to disinformation is vital for the health of our democracies, societies and people. Regardless of the current media furore around Harry and Meghan, we should thank Prince Harry. As he stands up for his princess, he stands up for all victims of the vicious UK tabloids and populists.

Let us hope that Harry, unlike so many of our politicians and institutions, is not beaten into submission. The tabloid tentacles (magnified and multiplied by the even baser Breitbart/Leave.EU style Brexit Pusher populist networks) are out to prevent him from succeeding in holding them to account. Just like they are out, doing whatever it takes, to secure Brexit. It is time for our tabloid media (and the Aaron Banks/Bannon/Cummings of the world) to be brought to account.

As for the rest of us, as much as we all love tales of chivalry and valiant princes, the reality is there is work to do for each and every person who cares about truth, fairness and our future in this world. Our modern-day Europa, just like Meghan, is not a helpless princess awaiting rescue. They do however both require our solidarity and support in fighting to keep our dearly held values at the heart of our governments – and to ensure that xenophobia, division and lies do not prevail.

London4Europe blogs are edited by Nick Hopkinson, Vice-Chair. Articles on this page reflect the views of the author and not necessarily of London4Europe.