At the invitation of Sevenoaks & Swanley Together in Europe (SSTIE), Lord Adonis addressed local supporters of the UK remaining at the heart of the European Union.

Despite foul weather, a full house of almost two hundred Remainers and Leavers greeted Lord Adonis. The audience ranged from a large contingent of local school students though to pensioners, representing all walks of life across West Kent, united by their concern at Brexit.

Lord Adonis opened a fast paced and animated speech by talking of his personal connections to Sevenoaks and Tunbridge Wells. He spoke respectfully of the three MPs representing the constituencies covering Sevenoaks, Tonbridge and Tunbridge Wells – Sir Michael Fallon, Tom Tugendhat and Greg Clark – then highlighted the decisive role that our representatives will have in the next months. Each had campaigned for remain during the referendum. Each fell-in behind the result despite understanding the damage it would cause, not least to their respective special-interests of the UK’s defence, foreign-affairs and businesses.
Lord Adonis implored the audience to write to, contact on social media, or arrange a meeting with our MPs, as it is absolutely critical we get across to them the strength of their constituents’ feelings on this epoch-shaping decision. 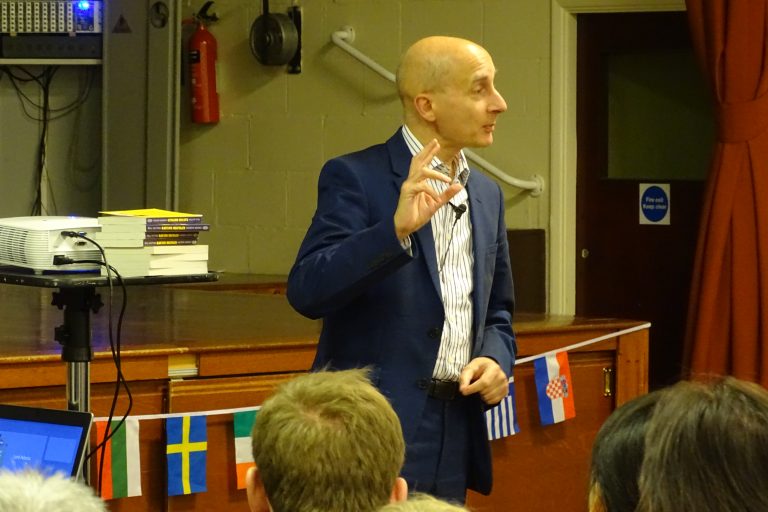 Lord Adonis spoke of how he’s been continually travelling the country since the referendum, visiting all corners of the four nations. This was despite his having taken almost no part in the original referendum campaign. Out of this activity has come his book: Saving Britain: How We Must Change to Prosper in Europe, in which he highlights the need to address the underlying causes of the vote. He spoke amusingly of the amount of time he spends in TV and radio-studios opposite “Jacob” and “Nigel”, and ran through their evolving banter about The Middle Ages and German second-passports.

Northern Ireland cropped up repeatedly throughout the evening. Lord Adonis highlighted that within the existing Customs Union, the whole UK and the Republic of Ireland are currently in the same customs space. Moving the UK out of the Customs Union would require an effectively policed border monitoring transfer of goods between these two spaces – not least to prevent organised crime and paramilitaries from moving into lucrative smuggling opportunities that this presents – and that this would be incompatible with the backstop arrangement agreed to prevent a clumsy border disrupting lives across that border. Lord Adonis dismissed both proposed solutions: that Northern Ireland remains in the Customs Union (placing that customs border across the Irish Sea, permanently setting Northern Ireland on a convergence with the Republic), and a reliance on a “technological solution” (to somehow magically manage the border in a way that has not yet been attempted, anywhere in the world). 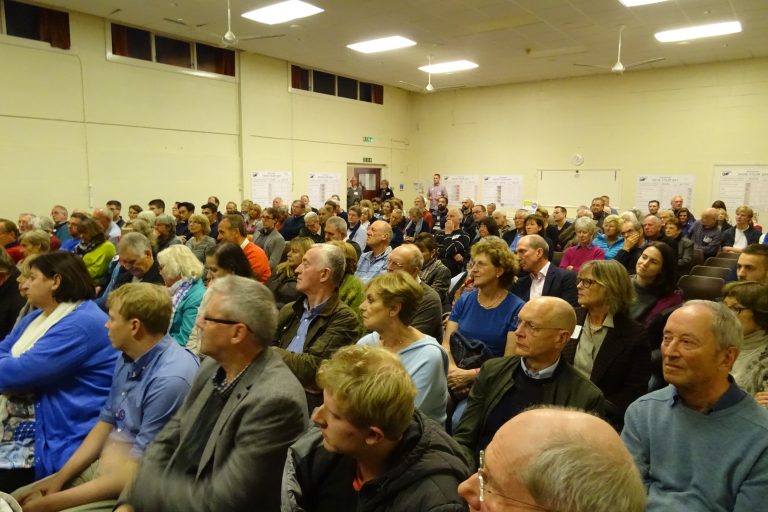 Looking forward at the next few months, Lord Adonis explained how the Government is obliged to bring whatever deal it achieves with the EU (or the absence of a deal) before Parliament, at which time MPs would have to vote to either accept or reject it. Labour’s oft-stated red-lines (that they could not vote for any deal that brings less benefits than the status quo) make it abundantly clear that they could only support a genuinely “good deal”. In the absence of this, the loss of just a handful of votes on the Government side would be enough to force a fundamental reappraisal. This will be the critical opportunity for our West Kent MPs – among others – to actually stand up for what they believe in and know to be true, rather than a series of ill-defined pipe-dreams.

The evening concluded with a Q&A Session, ably chaired by Julia George. Despite the imminent closing of the bar, there was a continuous stream of questions from the audience, including the difficulties and costs of registering young voters, whether the voters in a second referendum should include British citizens living permanently overseas, the responsibilities of the BBC to fact-check and contest assertions made by their guests, and whether No Deal should be a third option on a People’s Vote referendum.

To this final question Lord Adonis rhetorically queried “which No Deal?”, pointing out that even no-deal is a misnomer, and that dozens of no-deal-deals would rapidly be required, covering security, commerce, transport, payments for existing liabilities, status of expatriates, and the myriad other areas in which the UK’s and EU’s lives would continue to be entwined.