We believe that only the British people are entitled to take the most important decision of modern times.

The government is determined to stop them. They say the final decision was taken in 2016.There was a narrow majority that divided the country, achieved with a Salesman’s pitch of lies and distortions. Remember what they said.

Money for the health service; Turkish immigrants; Trade deals falling into our laps.

I tell you - salesmen with such scant concern for the truth would finish behind bars.

Today’s electorate would not buy this:

So there is a new argument: civil unrest. Those who once put their faith in the referendum now threaten violence if the people are asked again

This is the language of the mob. Europe in my lifetime has seen the price you pay to regain control from the mob.

Another argument; it’s too late; the deal is done; just get on with it. There are many who fall for this; the quiet-lifers; the make the best of it bunch; the don't knows and the don't cares.

I reject so cavalier an approach.

There is only one argument that really drives their opposition to a referendum: they think they will lose it.

The strategy has remained crystal clear. Theresa May did all she could to deny Parliament a meaningful vote. I know. I lost the Tory whip in the House of Lords.

That is why we are here. 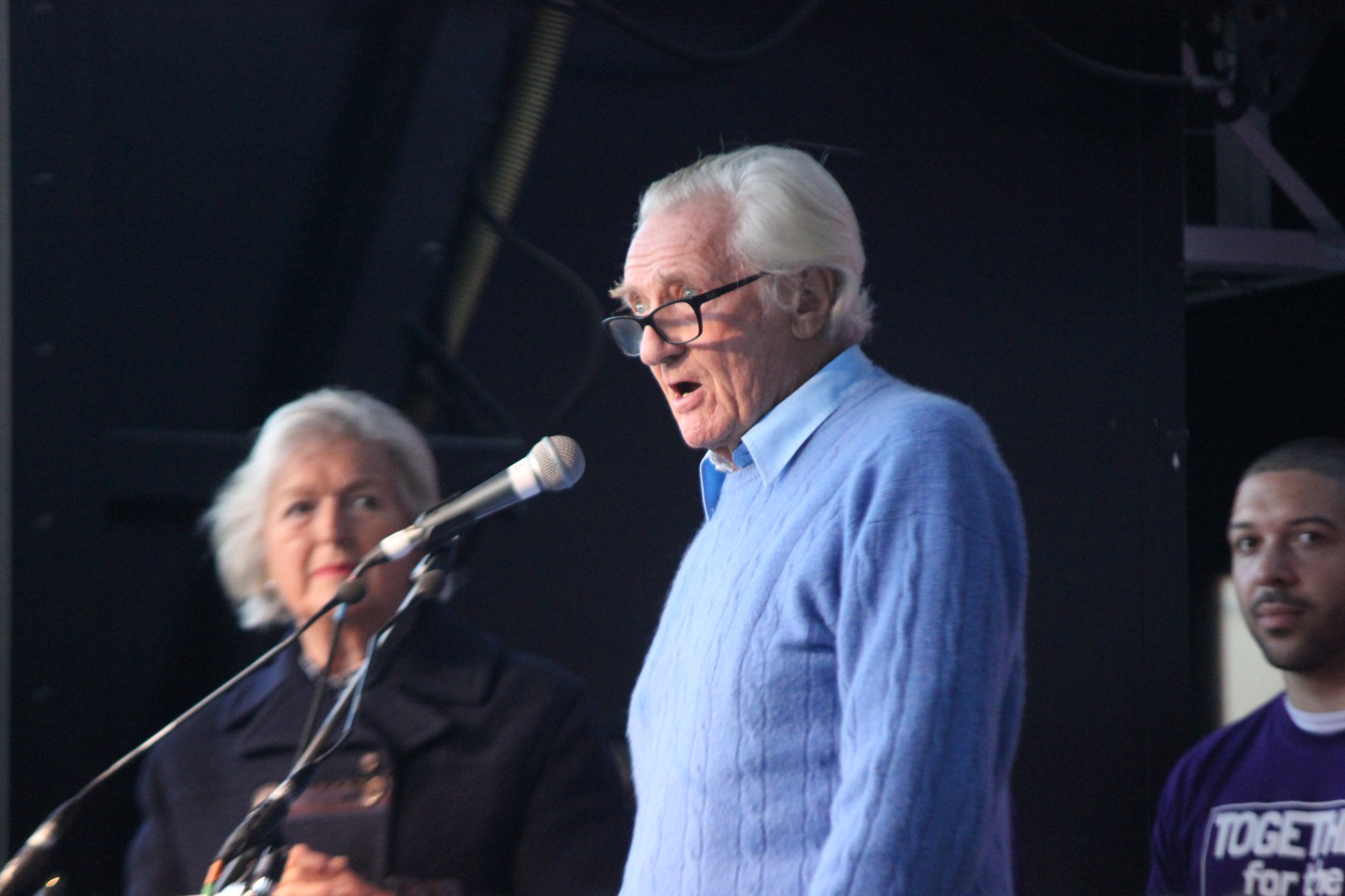 Boris Johnson followed the same approach but tried to sugar the pill - Brexit  buried in a general election.  The indigestible hard truth of Brexit  sugared with offers of more police, bigger defence, more hospitals.  Lollipops all round.  Suck it but don’t see it

But Parliament did see it.

So Parliament had to go. But Parliament would not go. The government had acted unlawfully.

‘Let’s get Brexit done’  is the latest attempt to frog march us where we don’t want to go.

It is the greatest deceit of them all. Brexit is not adecisiontaken for a parliament or for the next decade. It is a creeping paralysis, where yesterday’s nostalgia distorts tomorrow’s opportunities.

The very existence of our United Kingdom now hangs by a thread.

Brexit will not bring us together. It is the wedge  that will drive us apart.

Europe, our largest home market  will embroil us in years of detailed negotiation.  Every decision will now be decided by unanimous votes of the remaining 27.

Trade deals take so long because they can be hijacked by small groups in any one of those parliaments or even local authorities, leaving us at the mercy of every European pressure group.

They call it taking back control.

They dream of Donald Trump as some newly discovered benefactor when it is clear that the only special relationship he knows is ’America first’.

Yes we will save our contributions.  The price -  our economy already  poorer by amounts that dwarf any savings.

Yes we will be free to deregulate. But why do they never tell us what deregulation they propose?

Who will pay the price for that I ask? It will be our poorer citizens - our more remote communities - those least able to protect themselves. Certainly no Conservative government in which I served would contemplate such options.

New trade deals will open new world markets. So why are we not doing so already? Look at Germany’s success.

Much of our exports comes from foreign manufacturers who invested here to sell to  Europe. They already have manufacturing capacity across the other growth markets.

Or - worse - they are European companies like Airbus that will repatriate production back to Europe.

They promise that our waters will be restored to British fishermen.

Some of us remember the Cod Wars. Then the Royal Navy had some fifty destroyers and frigates  at their disposal. Today we have about 20 and not all of those are at sea  at any time.

You have come from all over the country. From all parties and none. All generations, every class and creed. You’re British and proud of it.

That is the heart of the matter.

Pride in our history, our traditions, our culture, commits us  to the partnership of modern Europe.  Our voice has echoed across the centuries in a very different Europe. A Europe of bitter nationalism. A Europe of deep religious divide. A Europe of tyranny and bloodshed.

We have helped to create a Europe of peace. A Europe where national pride and loyalty can be pooled in a shrinking world to enhance the power and influence of us all.

In coming today you are marching into history.

Do not lower your sights. Do not avert your gaze.