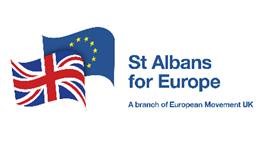 Lord Kerr, who played a central role in authoring Article 50, the Lisbon Treaty clause that outlines the steps necessary for a country seeking to leave the European Union (EU) voluntarily, has reiterated his view that Article 50 could legally be withdrawn and that the people of the UK have the right to change their minds on Brexit.

He also predicted that, as the realities and negative effects of Brexit on jobs and the NHS continue to emerge, an increase in the number of Conservative “rebels” and a stark shift in Labour’s position this autumn would lead to the UK being given a public vote on the Brexit deal the UK government negotiates with Brussels. Lord Kerr, speaking to 200 people in St Albans, said he felt there was a “1 in 3 chance” of Parliament giving the people the chance to have their say on the deal.

“The autumn vote [in Parliament] on the EU Withdrawal Implementation Bill will be presented at the same time as the deal, or no deal, is presented and that is going to be when the meaningful votes take place. Parliament is unlikely to overturn the referendum without another one, but I now think there is quite a high chance that, by the autumn, there will be a majority in the House of Commons, saying; ‘Yes, we had better consult the people again, it hasn’t turned out exactly as the Leave campaign predicted and, in fact, it is very different and we had better go back and ask the people, is this what you had in mind?’ ”

Commenting further on the realities of Brexit and the new facts emerging since people voted, Lord Kerr said;

“The effect on jobs will be bad, the effect on the NHS will be very bad… as the tax-take goes down, because growth is not as great as it otherwise would have been, the money available for welfare and, in particular, the NHS, is going to drop.”

Referring to Boris Johnson’s recent interventions and push for the release of more funds for the NHS on the back of Brexit, Lord Kerr added;

“Mr Johnson is not only not telling the truth, he is telling the reverse of the truth. If you want to save the NHS, you have to avoid Brexit.”

Previously-released figures have shown that around 10,000 EU nurses, doctors and support staff have already left the NHS since the UK’s 23 June 2016 vote to leave the EU.

Lord Kerr was speaking at an open meeting on Wednesday 24 January about Brexit, the current state of the Parliamentary process surrounding it and likely outcomes. The talk and Q&A session were organised by St Albans for Europe (StAfE), a local grassroots, cross-party, pro-European campaign group.

“People voted in good faith in June 2016, but we feel it is really important that, as these facts emerge, local people are aware that Brexit is not a ‘done deal’. It is important that people, however they voted, write to their MP to let them know how Brexit is affecting them.”

The St Albans group is affiliated to the European Movement UK (EMUK), an independent, not-for-profit, national  pro-Europe organisation, established in 1949 after the Second World War and which “works to give a voice to those who believe that Britain’s future lies side by side with our European partners”.

“As the negative impacts of Brexit become clearer, with the NHS being hit hard, we all have the right to think again about whether leaving the EU is in the best interests of the UK. Our supporters believe Brexit is a mistake and our Movement is growing all the time.

“Democracy is about ongoing discussion of the issues which matter the most to us – it is a process, not a single event on one specific date which shuts down all options. We urge all those who are thinking again about Brexit to join us in pushing for a different future where our EU membership and its benefits are safeguarded.”

Theresa May invoked Article 50, formally declaring the UK’s intention to leave the EU, on 29 March 2017. Article 50 has a two-year term, unless the Article is withdrawn by the member state or an extension is agreed by all parties. The British Government has, to date, refused to publish its own legal advice on the possibility, or otherwise, of revoking Article 50.