Pro-European campaigners descended on Manchester yesterday for a day of action against the government's plans to exit the European Union, as the Conservative Party conference got underway.

Sir Vince Cable MP and Stephen Dorrell, former Conservative Cabinet Minister, were amongst those who spoke at the crowdfunded Rally for Europe, hosted by Manchester for Europe in Cathedral Gardens, and supported by Britain for Europe, The European Movement, Scientists for EU, Healthier IN the EU and Open Britain.

The pro-European rally provided a platform for MPs and other figures to voice their convictions during the Conservative Party conference, where they might not have been able to speak out otherwise.  It was organised as a positive opportunity to emphasise that democracy didn't end on 23 June 2016 and is an ongoing, participative process; show just how much backing there is in the country for a close relationship between Britain and Europe; and to celebrate the huge benefits of EU membership, which we don’t want to lose.

A total of over £52,000 was raised in a short space of time via crowdfunding for the rally and ongoing campaign, showing the extent of support.

Photos from the rally are below:

The crowd gathers in Cathedral Gardens, Manchester, for the pro-European rally

Stephen Dorrell, Chair of the European Movement UK and former Cabinet Minister, talks to the BBC before going on stage 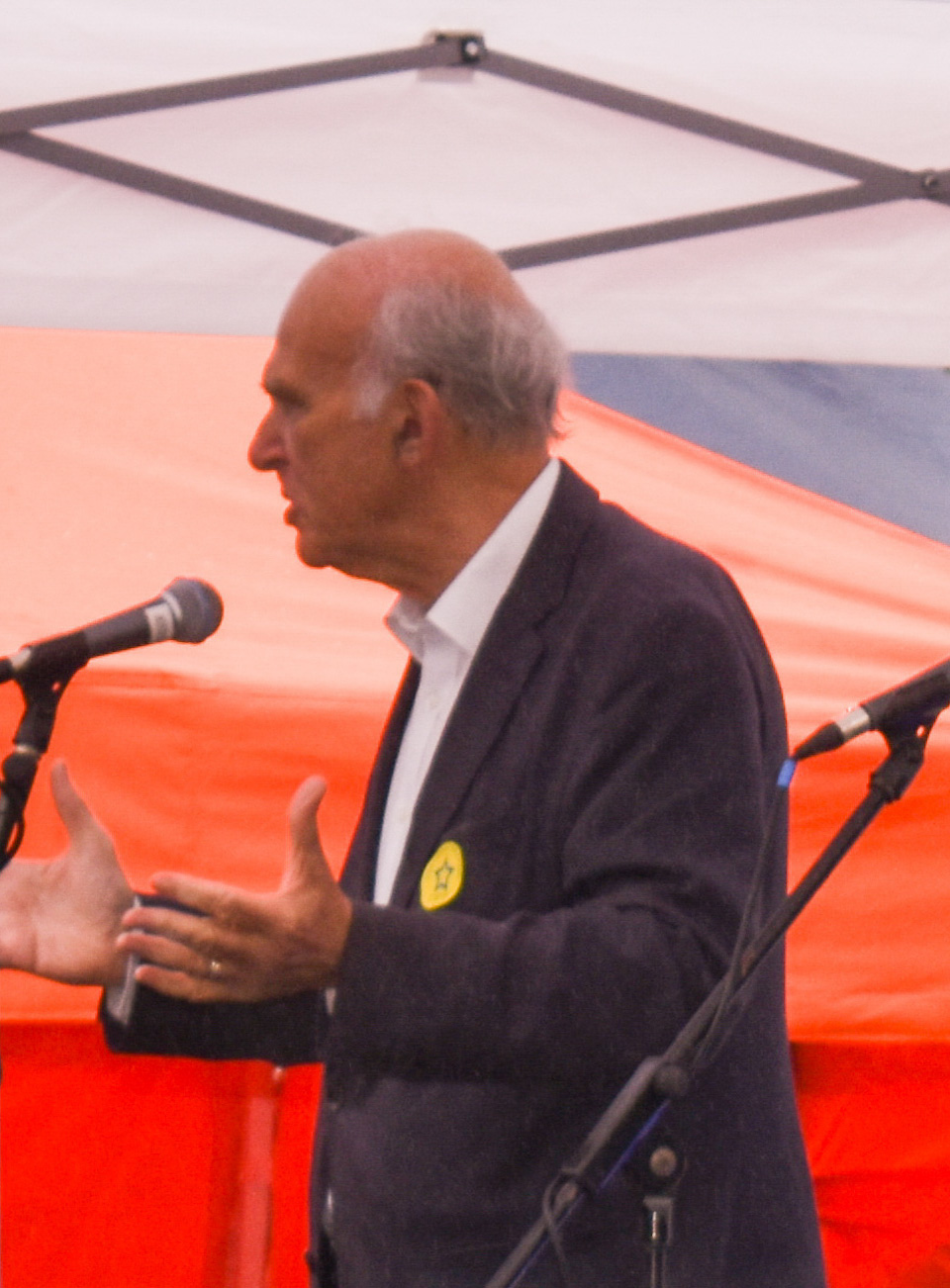 From bubbles, banners and flags to umbrellas - participants help to back a pro-European future 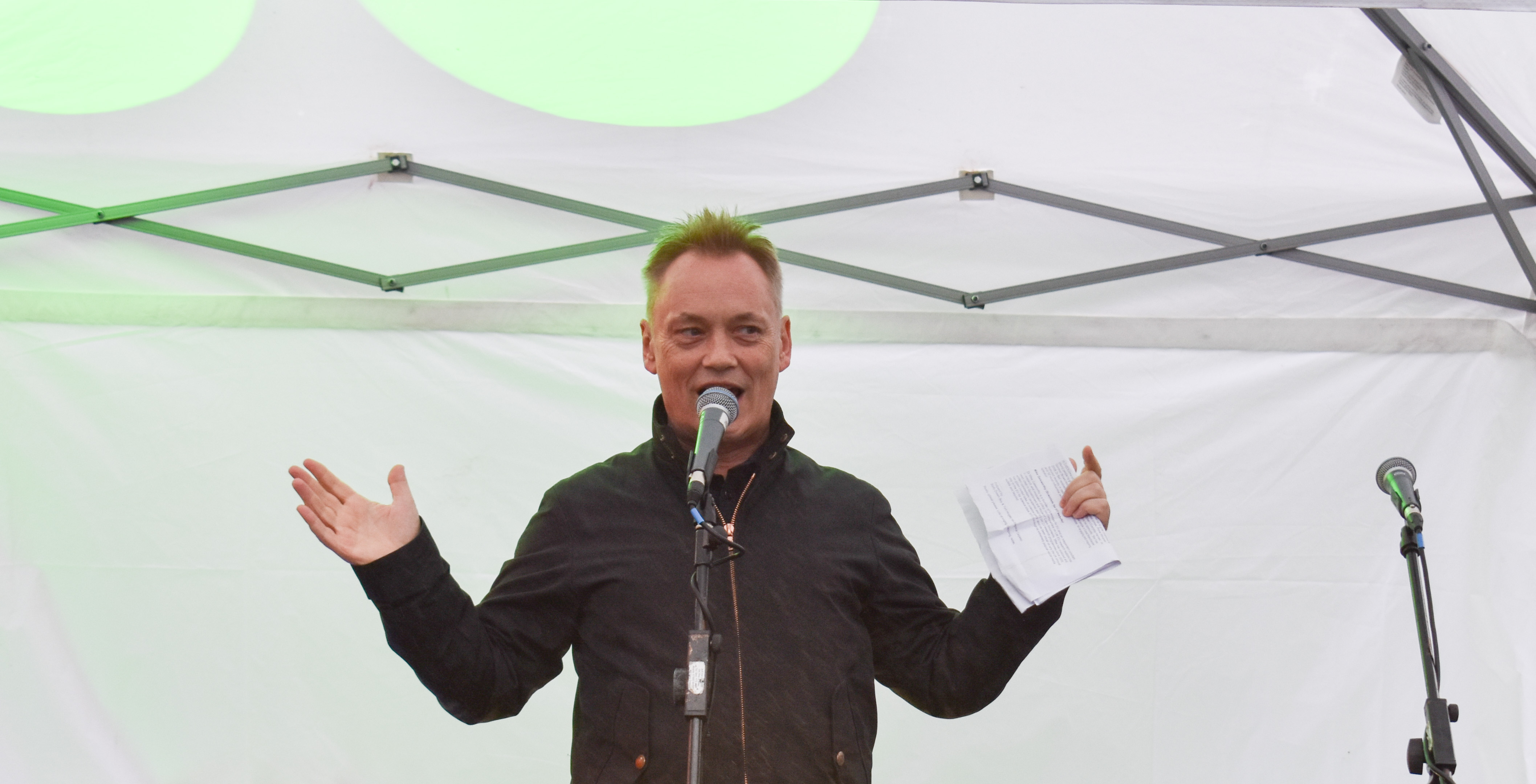 Terry Christian is MC for the event

Participants listen, tweet and take pictures as the rally goes on

“It is vital that we keep up the pressure on the Government. The Conservatives are driving Britain over a cliff edge towards a reckless, extreme Brexit.

“We need to take a stand and ensure that Theresa May and Nigel Farage’s vision of Britain does not come to pass. The clock is ticking but there is still time to change our course.

“With the Conservatives and Labour calling for Britain to leave the EU the Liberal Democrats are the only party offering the British people an opportunity to exit from Brexit.”

“Democracy is a process, not an event. A healthy democracy is a dialogue in which all voices should be heard. And it must allow the voters to change their mind. Democracy – the open challenge to those in power to explain themselves to voters – has never been more important.

“That is why cross-party pro-European voices need to come together to challenge the current trend of events. The European Movement is pleased to be collaborating with other leading pro-European groups at our rallies: Britain for Europe, Scientists for EU, Healthier IN the EU and Open Britain, to celebrate and positively affirm our shared standpoint and express our concern about the threats Brexit poses.

“Now is the time to speak out for the future we want – one side by side with our European partners and neighbours and inside the EU.”

"This rally is proof that the idea of European unity and cooperation still has widespread appeal. The alternative vision of Britain tearing up its links with our neighbouring countries is rapidly losing support as the promises made by the Leave campaign fall apart and the reality - that Brexit is a costly, damaging exercise - becomes clearer by the day. Pro-Europeans - who are the true pro-British - are on the march and will insist on the duty of parliament to act in the national interest and the right of the people to change their minds."

“The majority of politicians know that Brexit is going to be disastrous for Britain, but they need to see the extent to which the public increasingly supports EU membership for them to have the confidence to speak out about it. That’s what we’re going to demonstrate to them.

“We have come together as a unified campaign with one goal – to show the momentum of the pro-EU movement triggered by the Brexit vote; and that politicians from across the board should join us in continuing to make the case for EU membership.”

Dr Robert Davidson, CEO, Scientists for EU and Healthier IN the EU, said:

“Theresa May's Florence speech offered no progress on the three negotiation sticking points: the Irish border, the divorce bill and citizens’ rights. It's clear the government have no plan beyond 'constructive ambiguity', which means saying nothing and hoping someone else sorts it out.

“No one voted for 'no deal' but that's where the government is taking us, fast. If 'no deal' is now on the table, we should add democracy to Brexit and have a new choice on the options.”

“People the length and breadth of Britain are standing up in greater and greater numbers against the Government’s choice to pursue an extreme and destructive Brexit.

“They will be making their voice heard in Manchester in opposition to the Government’s plans, and standing up for a close relationship between Britain and the EU.”