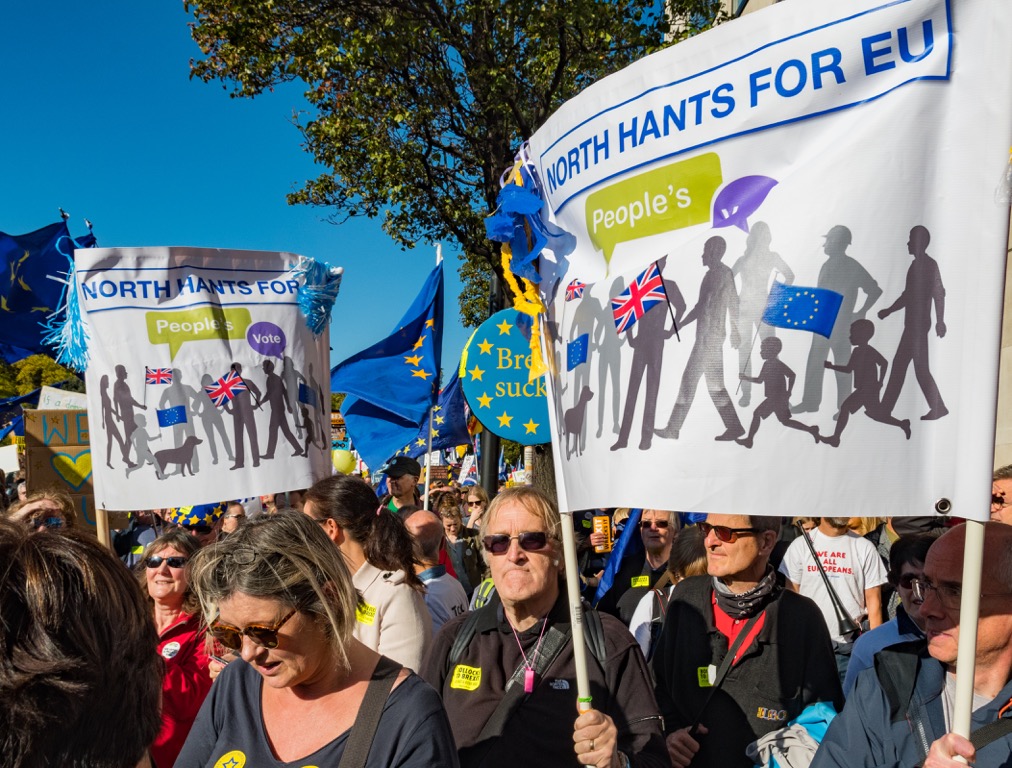 “We reached Green Park about 11.30am and were directed up some side streets, reaching the back of one tributary about 11.45am. After that it was mostly standing around until we finally shuffled in to the sunshine around 1pm. Even climbing on a bollard we couldn’t see the front, or even if was actually moving. Despite that, the atmosphere was relaxed and friendly with lots of banners to read and like-minded people to chat to. 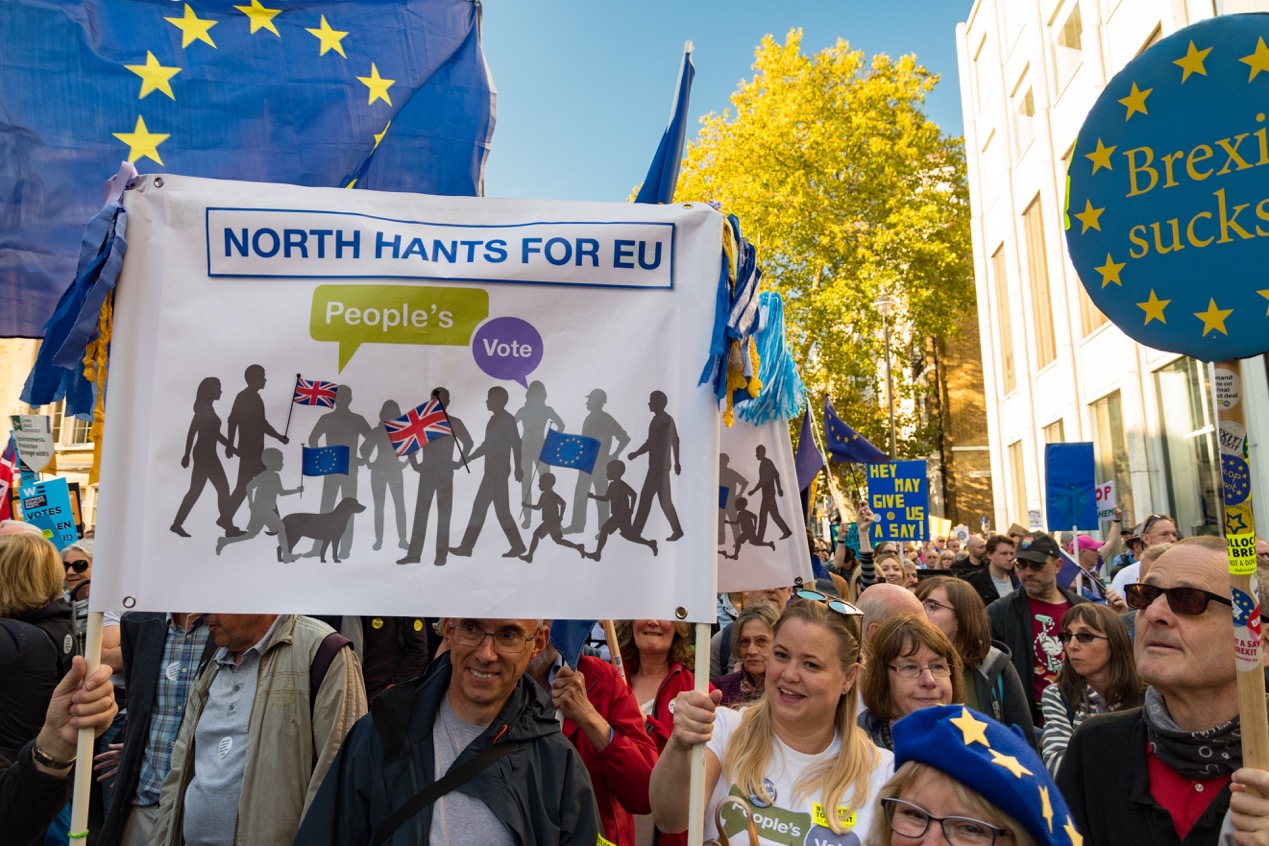 “We actually started ‘marching’ about 1.45pm (by which time the front of the march was already filling Parliament Square). We reached Trafalgar Square around 3.45pm and it was amazing that you couldn’t actually go any further as Whitehall was jammed solid. Some of us enjoyed a well-earned pint or two in the Admiralty pub watching the sound systems go by — a total 80s disco on the move — until the end of the march arrived around 4.15pm. 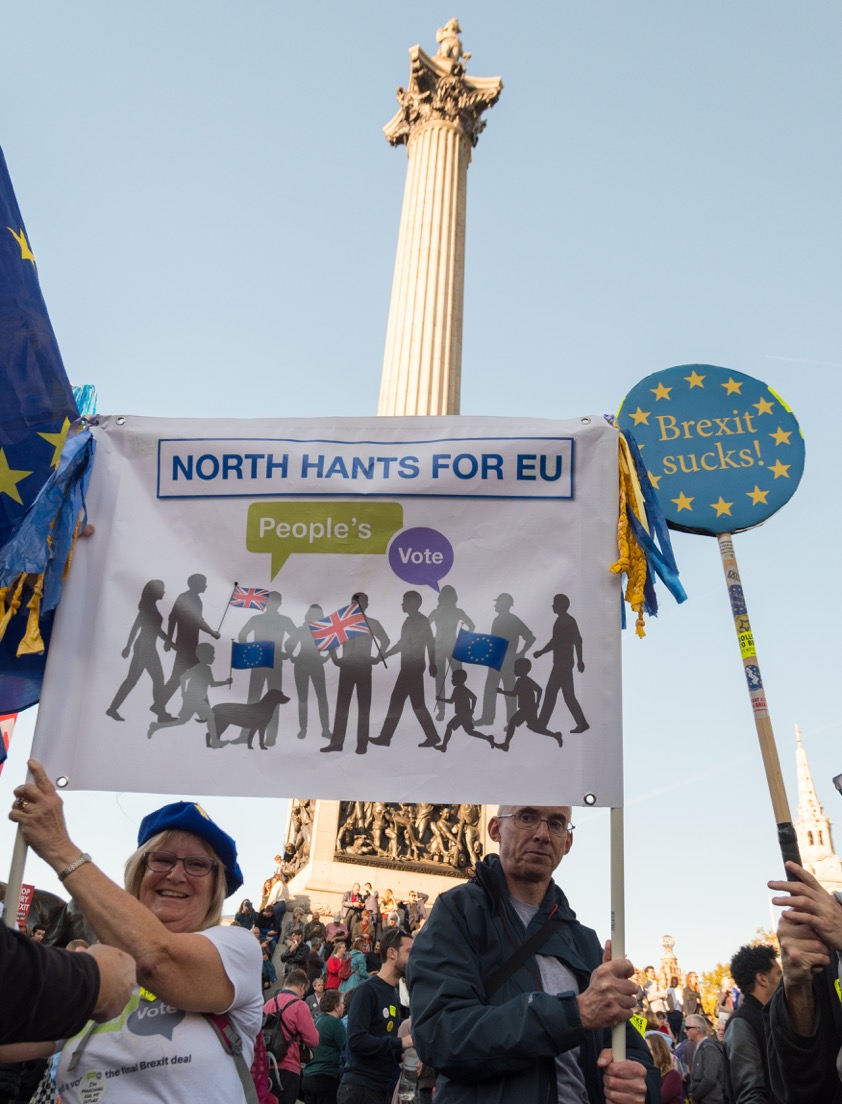 "We’ve sent press releases to all our local papers and we’re going to be doing a street stall in Hook this Saturday using the postcards we picked up on the day. Our MP, Ranil Jayawardena, is a Hard Brexiter, but his postbox will soon be filling up.”
Jonathan Buisson
Chair, North Hampshire for Europe
Find out more about the group on their twitter and facebook page