Brexit has upended the delicate balance that has led to peace and relative stability in Northern Ireland.  Efforts to align the maintenance of peace with the reality of Brexit has created a situation of worrying instability. This has arisen because the UK and Ireland’s membership of the EU facilitated the peace process. It allowed for an open border between the Republic and Northern Ireland, including the free flow of goods and services and regulatory alignment, and therefore reduced the possibilities for friction and tension.

The UK’s decision to leave the EU created uncertainty and instability. The political and procedural arrangements which had facilitated peace were undermined because of the decision. Therefore, the Northern Ireland Protocol was agreed by the UK Government and the EU as the ‘least worst,’ option to mitigate the negative impacts of Brexit. Its primary purpose is to avoid the need for a hard border on the island of Ireland. It does this by facilitating Northern Ireland’s alignment to the EU Customs Union.

"Without Brexit there would have been no need for the Protocol"

It is important to recall that without Brexit there would have been no need for the Protocol. It potentially offers the best of both worlds to Northern Ireland in that NI has access to the UK and EU markets on free terms. The challenge is to implement the Protocol in a practical way while also safeguarding the EU’s single market, of which Ireland remains a member. This is a lot easier said than done.

To date, periods of tension have been followed by progress and reasons for optimism, only to be followed by unhelpful interventions on the UK side. We saw this clearly earlier this month when an agreement to extend the grace periods on chilled meats and other measures was followed by an Irish Times article by David Frost and Brandon Lewis in which they argued, “the way forward is to find a new balance in the way the protocol is operated.” 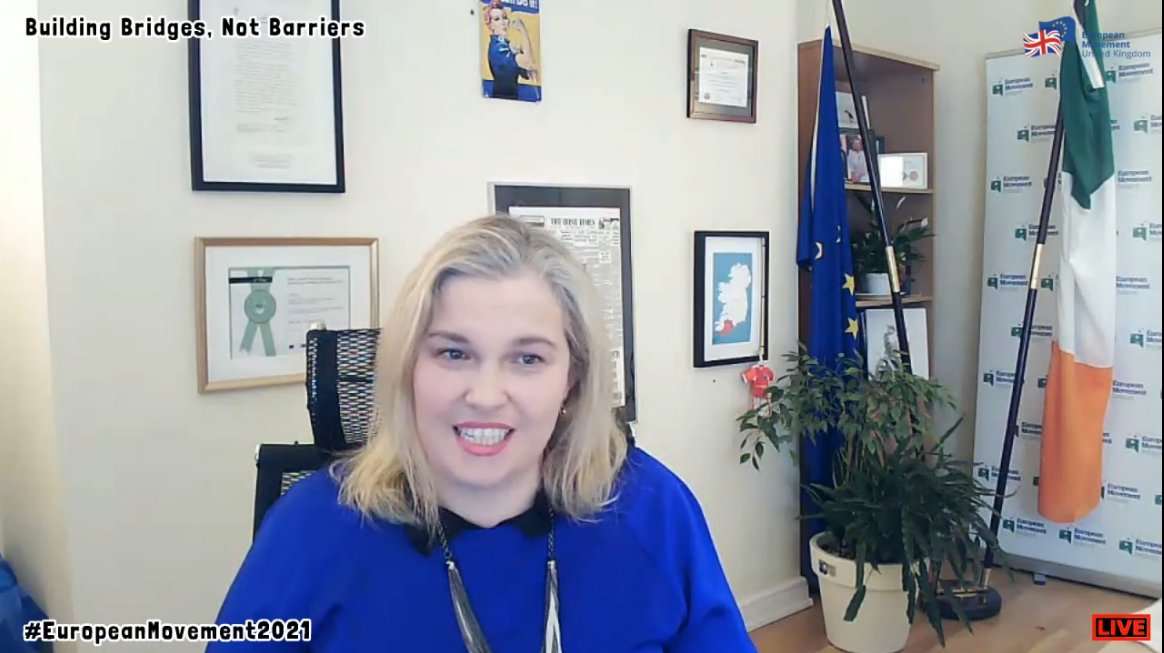 "The key question is whether the UK government is committed to the Protocol, or whether it poses further questions surrounding its legitimacy."

We may get more information this week when the UK Government is expected to present new proposals on the operation of the Protocol.  We believe both sides should refrain from unilateral action and any changes in approach or perspective should follow advance consultation.

The key question is whether the Government in London is committed to the Protocol, despite the fact the “new balance” called for is problematic, or whether it poses further questions surrounding its legitimacy, which will weaken relations further and erode whatever trust remains between both sides.

The impacts of Brexit have not been evenly spread. In many parts of the UK and in the Republic, the impacts of Brexit have been serious, but manageable. However, in Northern Ireland those effects have been compounded and politicised. The continuation of the Protocol has become the defining political issue for many parts of the Unionist community and its heightened importance has neatly aligned to the centenary of the establishment of Northern Ireland and the truce that ended the Irish war of independence in July 1921 and led to the foundation of the Irish state.

"Ultimately, the challenge is to make the protocol effective, normal and even boring."

The way forward for all sides relies on methods that have served to maintain a fragile peace to date, namely dialogue and engagement. This requires working through the outstanding issues related to the Protocol’s implementation in a practical and technical way, paying attention to the concerns of all parties and communities. It requires depoliticising the issues and seeking “practical and operational solutions to a complex problem,” as Michel Barnier once put it.

Often in politics, the best solutions are found when those involved are out of the glare of the spotlight. That is going to be difficult and take time. It will also take the commitment by both sides – the EU and UK – to engage on the issues in good faith.

Ultimately, the challenge is to make the protocol effective, normal and even boring. Compromises can be both accepted and unloved.

"Often in politics, the best solutions are found when those involved are out of the glare of the spotlight."

Those of us concerned with the constructive implementation of the Protocol and who want a positive relationship between a post-Brexit UK and EU and between these islands, can, I believe, assist in this process. We can promote and support engagement at all levels, based on a dialogue-centred approach, that avoids unnecessary emotion or politicisation.

We also need to remember and engage the citizens of Northern Ireland – in all communities. The Good Friday Agreement recognises the right of people who were born in Northern Ireland to identify as Irish or British or both. For example, over 700,000 people in Northern Ireland hold Irish passports and therefore remain EU citizens.  This delicate balance ensures there are no easy solutions to the issues surrounding the Protocol. However, I remain hopeful that a solution can be found if we dial down the rhetoric and honour the deal which was agreed by both sides. We need to recognise that sometimes perfection stands in the way of the best outcome, and while imperfect, the Protocol remains the ‘least worst,’ option for Northern Ireland.