Do you feel deflated? Think it’s all over? It’s not. This week’s events in Parliament are clear evidence that the fight to remain in the EU does, and must, go on.

A 50-strong group of happy and determined supporters of the St Albans for Europe group marched in defiance of Brexit on Saturday 9th September, along with 60,000 others from all over the country. There were people of all ages and all areas, from Wales, Cornwall, Manchester, Margate, Scotland, Worcester, Dorset… It was a peaceful protest and it was incredibly cathartic to join thousands and thousands of like-minded individuals who continue to show the government we do not want to leave the EU. A good shout outside Number 10 always helps when Brexit is getting you down.

After the People’s March, I joined 50 others to help EU-nify the Last Night of The Proms, an event that is broadcast around the world. We had a fantastic response from Prom-goers and turned it into a sea of blue, albeit with plenty of dots of “red, white and blue” and lots of other flags too! Reclaiming the Union Flag from the Brexiteers, who accuse us of being unpatriotic, is important.

I posted a photo of other EU flag-activists on my Facebook page, along with; “Whatever I am, I don't think I am just a middle-aged mum from Snorbans anymore... surreal, but then so is what's happening in this country right now.”

Brexit is not a done deal, far from it. MPs’ tabled amendments to Theresa May’s Repeal Bill show that. Brexit can be stopped but it needs people, that’s all of us   ̶   middle-aged mums and dads, pensioners, students, our children, to get away from our keyboards and our phones and get out there. Show the world the UK is NOT united in Brexit, we are not behind our ridiculous Prime Minister, and we do not have confidence in the way the country is being run or in the direction it’s heading.

Something fundamental and horrible has changed the UK since June 2016. Millions of people don’t like it and we have a right to say so and to keep fighting.

That means writing to our MP, Anne Main, to keep her on her toes, and to other MPs too; helping man one of our regular market stalls (these attract a lot of interested and supportive people and result in some lively and very productive conversations with Remain and Leave-voters alike); taking part in every march you can; flying a flag  ̶  from your house, garden, car or bike, on a roundabout, or outside Parliament; or proudly wearing a T-shirt, or a badge, or a wristband. Seen EU flags and “Stop Brexit” stickers popping up in funny places all around the country? They’re not getting there by accident. They’re all readily available with a quick Google search and every bit will help.

The most important thing is to not give up and to do something. But the other main message that came out of the march and the rally at Parliament Square? We need to talk to Leavers. We have to do it. They’re worried, they’re confused, they’re probably not spending as much time thinking about Brexit as Remainers are!

We need to politely and constructively help them see that there is nothing tangible to gain from Brexit and no weakness in acknowledging this. We need to remind them that a lot of the warnings of economic doom are becoming fact, that ordinary people who made their lives here are bewildered and starting to leave  ̶   even being told to leave in some cases  ̶  they are losing their businesses and the whole of the UK is starting to feel the pinch from Brexit.

However, it’s not about telling them they were wrong to vote Leave. It’s about gently getting them to answer a few questions: “Do you still feel the same way as you did in June 2016? Are you confident about the path the government is taking? How do you feel about the rise in hate in the UK in the last several months? What do you think about Theresa May’s insistence that no deal is better than a bad deal?”

Getting people to consider these questions is more productive than simply telling them we believe they were wrong to vote Brexit, and will lay the foundation for a different result if Parliament and/or we get a vote on the final deal, or even another on Brexit itself.

Brexit is a nasty turning point in history. Don’t let it just happen, play a part in turning it around.  You can sign up to volunteer or offer your skills and experience to your local group here. 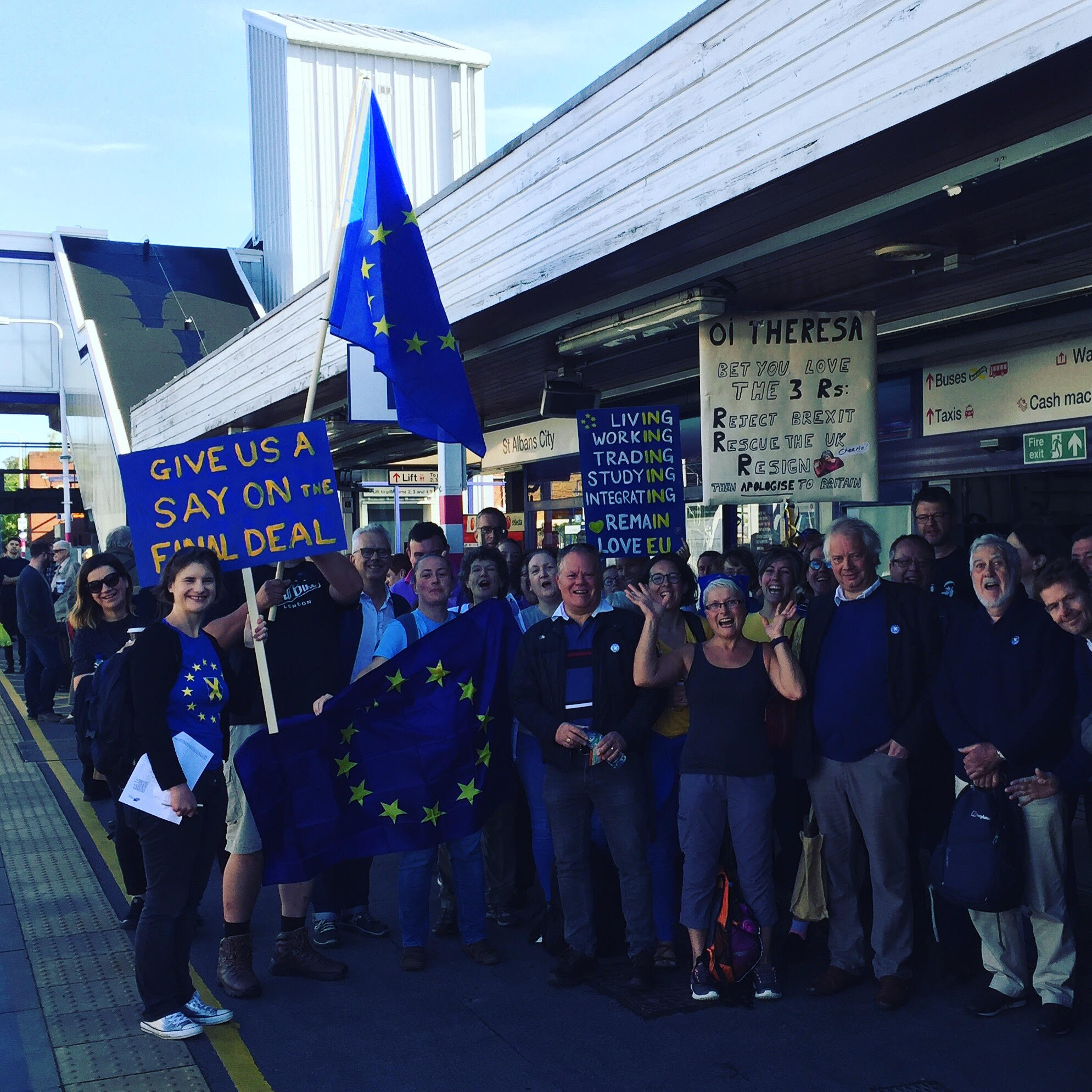