On Saturday, the country was split in half – this time, not by the Brexit vote, but by the weather.  While the west side of the country was suffering severe rainstorms and flooding, the Suffolk EU Alliance People’s Vote stall was bathed in unseasonably warm sunshine. Situated in the heart of the market town of Beccles, handily opposite a café that sold great coffee and cakes to help keep the group's energy up, their Brexitometer was a draw for local shoppers and people out for a stroll. 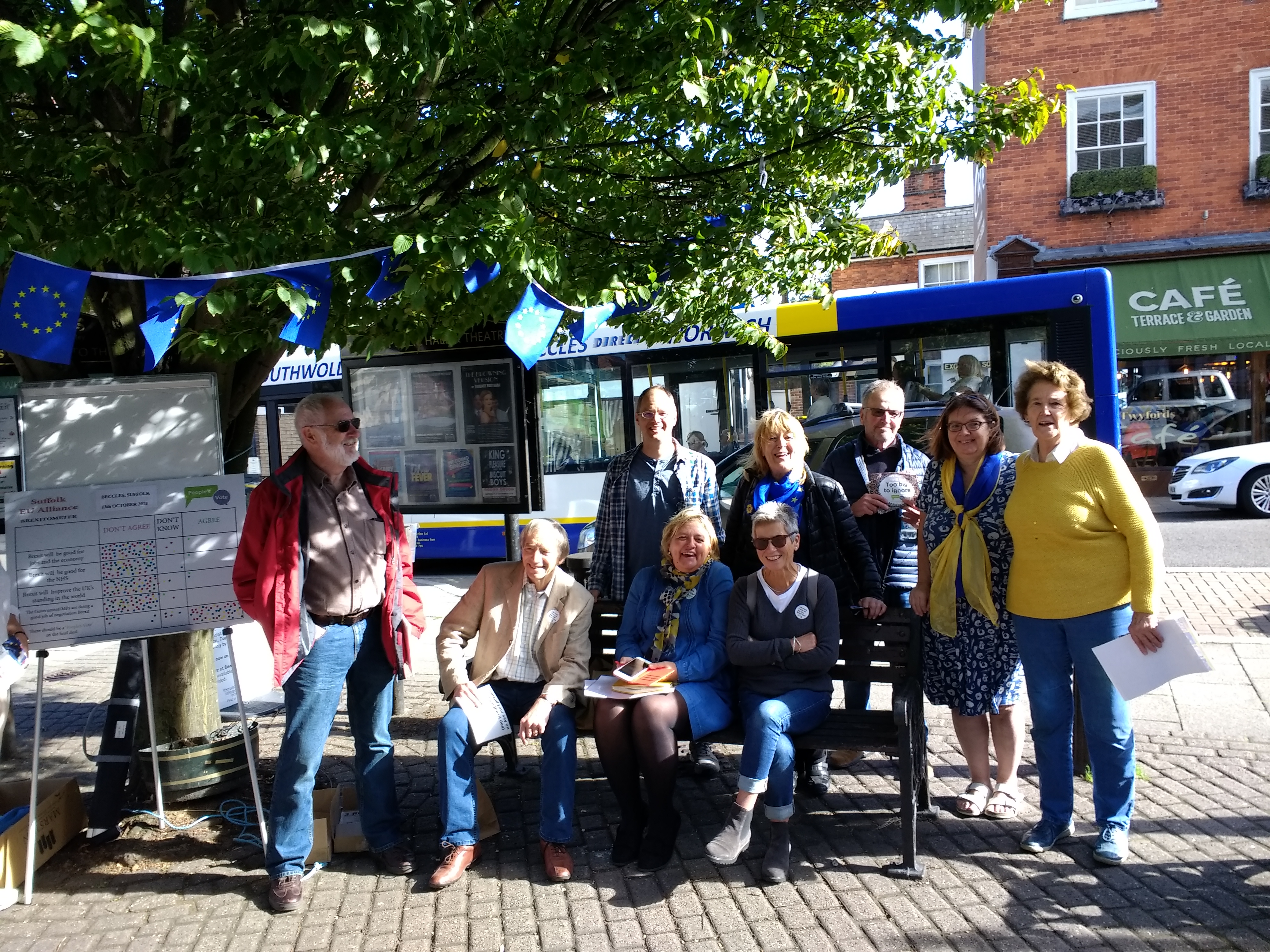 The Suffolk EU Alliance is running a stall every Saturday, weather permitting, and have covered many of the county’s towns including Ipswich, Halesworth, Woodbridge, Felixstowe and Lowestoft. As always happens, their Beccles stall got a mixed reaction as Suffolk, with one or two exceptions, was a heavily leave-voting county.  It means that they tend to encounter a fair share of leave voters who are unhappy that we’re campaigning for a vote on the final deal.  But equally there are plenty people who are happy to see the group, as they educate the public about the People’s Vote campaign and the March in London on October 20th.

As always, the group encouraged everyone, regardless of views, to add their dots to their Brexitometer, and there were lots of lively discussions.  The most gratifying were with those who voted to leave but are now wavering. One member of the public was angry because she felt duped by the promise of £350 million going to the NHS and instead, it’s struggling with staffing levels that are reaching dangerously low levels. Another lady in a wheelchair said it’s become increasingly difficult for her to find carers to help her, and she’s now having to rely more and more on her son.  While the Suffolk EU Alliance found the change of heart has frequently been brought about by new information that’s come to light since the referendum, just as often it’s as a result of someone’s personal experiences. What’s been important for the group is to listen to the public's concerns and provide them with leaflets for further reading in their own time. 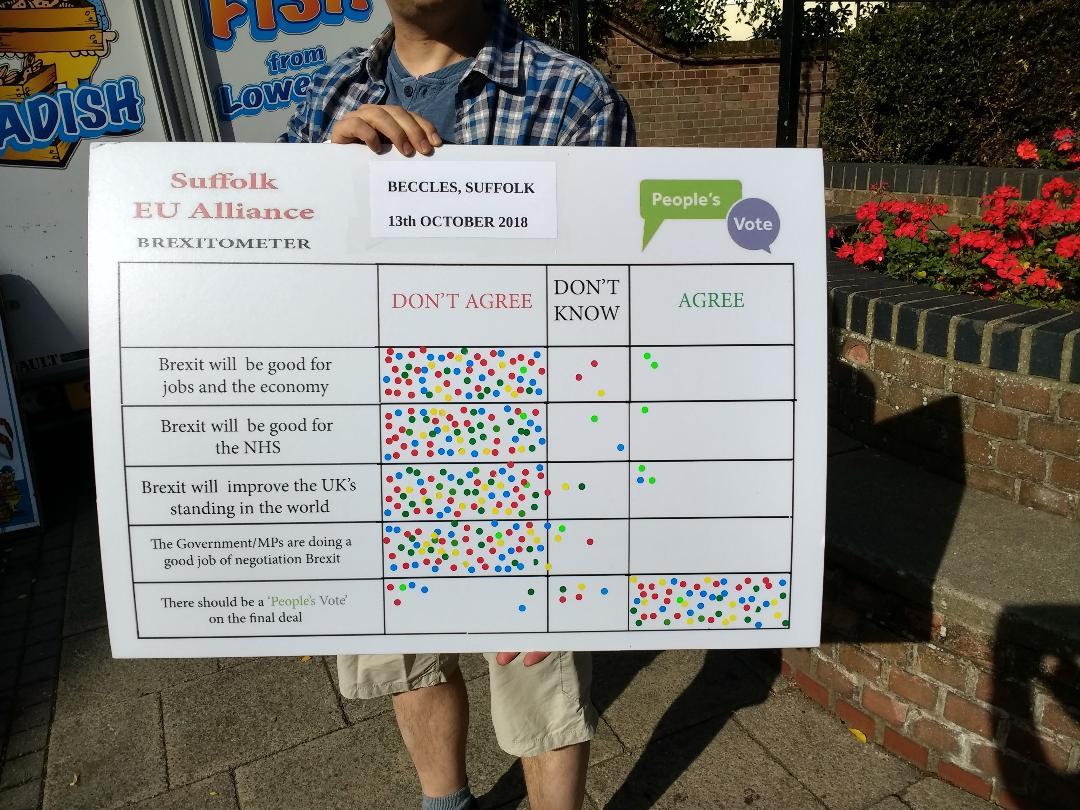 The Suffolk EU Alliance team had a great day in Beccles, and are feeling very excited to attend the People’s March on Saturday.  The more of us that march, the harder it will be for those in power to ignore us.