However, a couple of months ago, an idea had been put forward at one of their campaign meetings to give a group of non UK EU citizens living here in Tunbridge Wells the voice they lacked back in 2016, what better way than create a series of films highlighting their situation and how they feel. So far, the group has made eight films. The interviewees didn’t have a vote back in 2016, but through these films , they have given a voice. 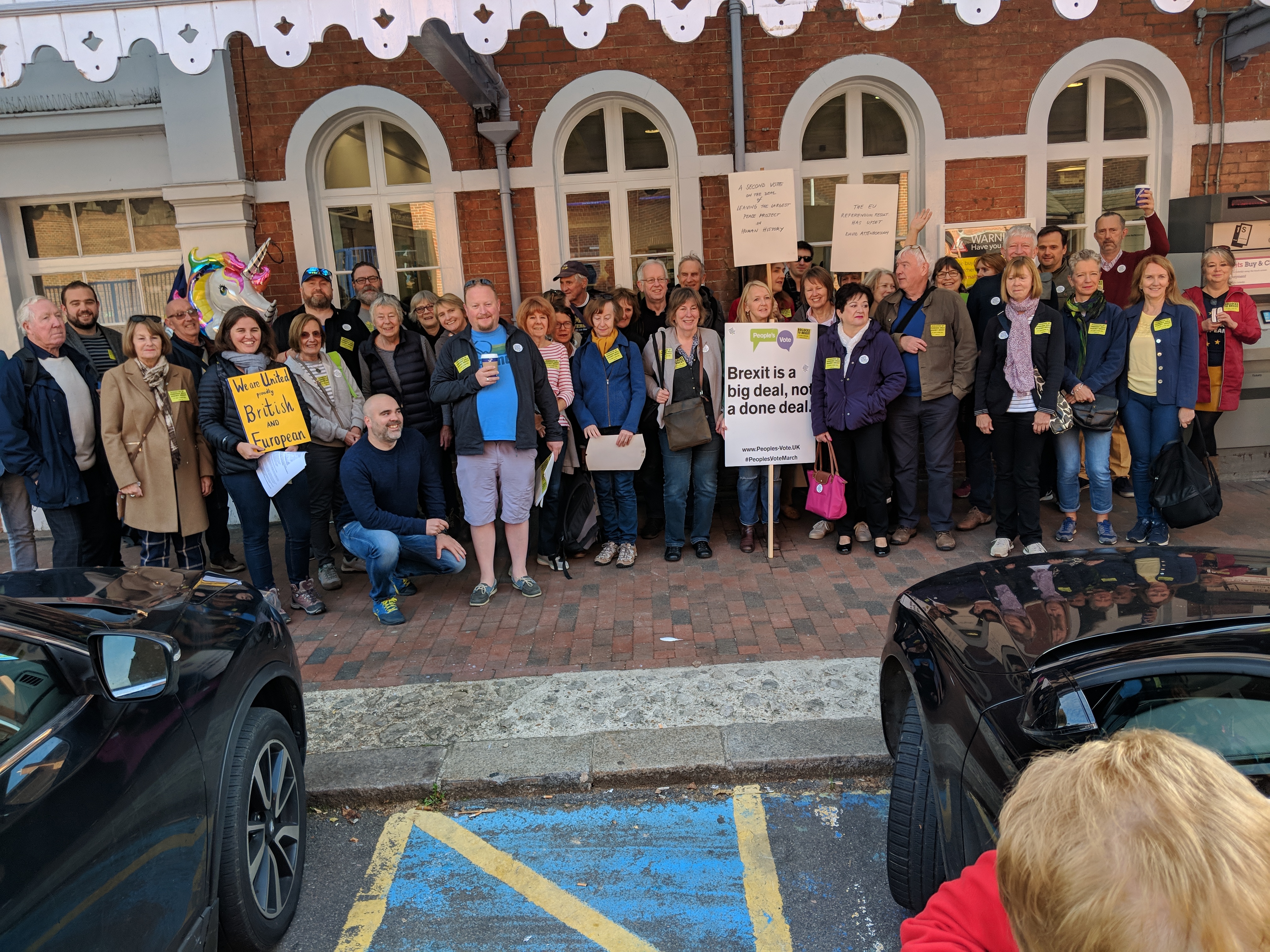 TW-IN had made plans for the day of the March. The group would catch a train from Tunbridge Wells with other marchers joining at High Brooms, Tonbridge and Sevenoaks. The group had boarded the train at Tonbridge Station with a couple of the EU citizens they had filmed with and congregated in the front two carriages where there was still a placard making workshop in progress.

From Charing Cross TW-IN headed to their meeting point, the Statue of Achilles in Hyde Park and waited for quite a while until the march began. In the meantime, they took this fantastic photograph that made the front page of this week’s Times of Tunbridge Wells.

JOIN FROM £3
Once the march got under way, the progress was slow. They’ve been on Pro-EU marches before, but none of them were as big this. There were so many people and they didn’t want to become separated from our TW-IN group, fortunately Ruth from TW-IN had brought along some unicorn balloons which drifted over the group and guided the group on their way. They felt the energy of the huge crowd and a great sense of belonging and affiliation to a large group of people who shared similar views. When they got to Whitehall and had to stop around Downing Street as there was not enough room in Parliament Square to accommodate the marchers. They couldn’t even hear the speeches relayed from the square as the crowd was, by this time, really energised by the occasion there were bands playing and lots of people chanting. After the speeches the crowd began to disperse from the square and the group decided to head to a pub, before heading back to Tunbridge Wells. When heading to the station later there were still marchers coming through Trafalgar Square and heading down Whitehall. 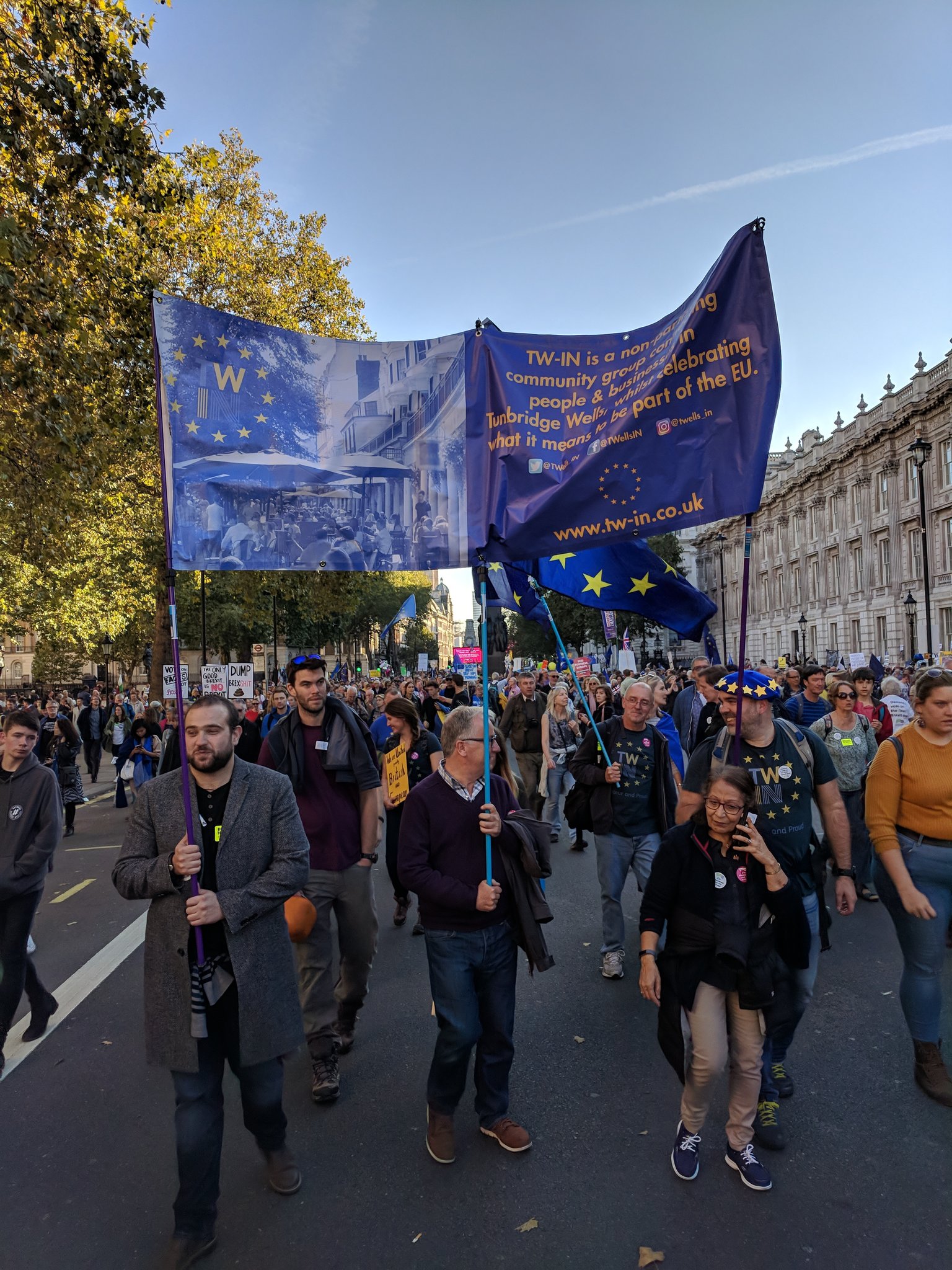 At this stage, although the group didn’t know the figures, they knew this event was unprecedented. Saturday 20th October 2018 has changed things, earlier in the year a People’s Vote was just a dream, it now looks like a reality. The people are talking about it, the press are reporting it and Parliament is being forced to discuss it.

Their experiences over the last few months show that it’s really important to join a group and get involved. We can call out this act of national sabotage for what it is and do so more loudly and effectively if we do it together.