"About a year ago I was asked to start the Wandsworth Branch of the European Movement (EMW). Our goal is to stop Brexit, which causes one or two raised eyebrows. “Well, good luck!” people say with a smirk. 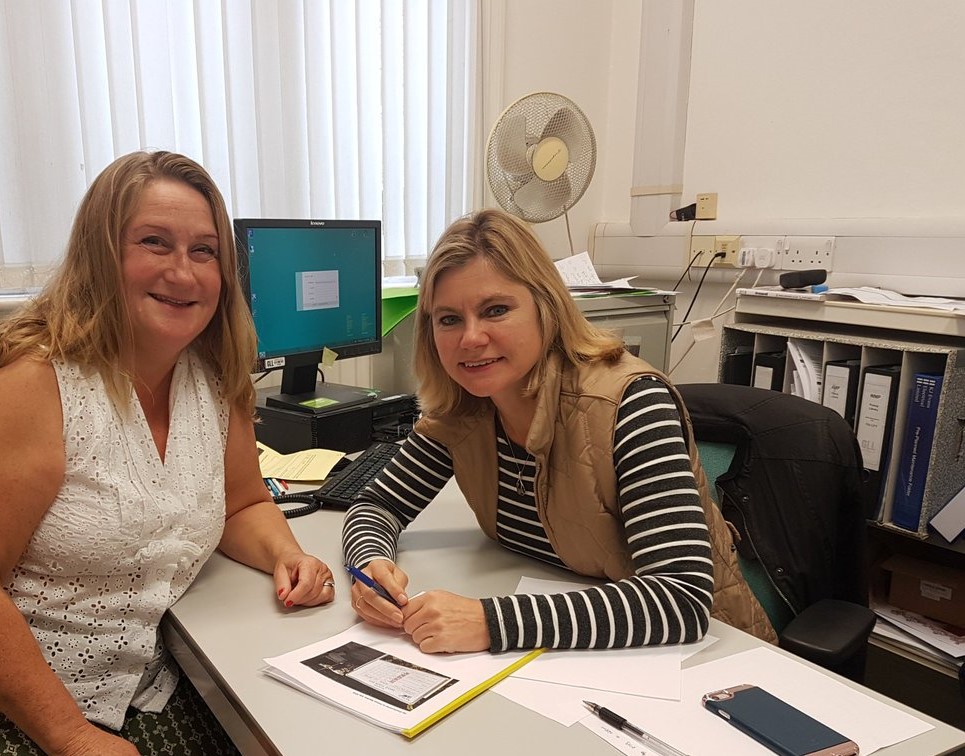 The thing is – I can’t just sit and watch while this wonderful country self-destructs. The UK is truly amazing and it is so sad to see evil forces creating conflicts and destruction. We can’t let a few loudmouths control the agenda and leave this country in ruins. I want to say “Well, at least I tried,” when my grandchildren ask what I did to stop Brexit.

When EM Wandsworth started a year ago we had two big projects. One was a campaign group working in the community and the another group was survey among local businesses and other employers in Wandsworth about their views on the future after Brexit. 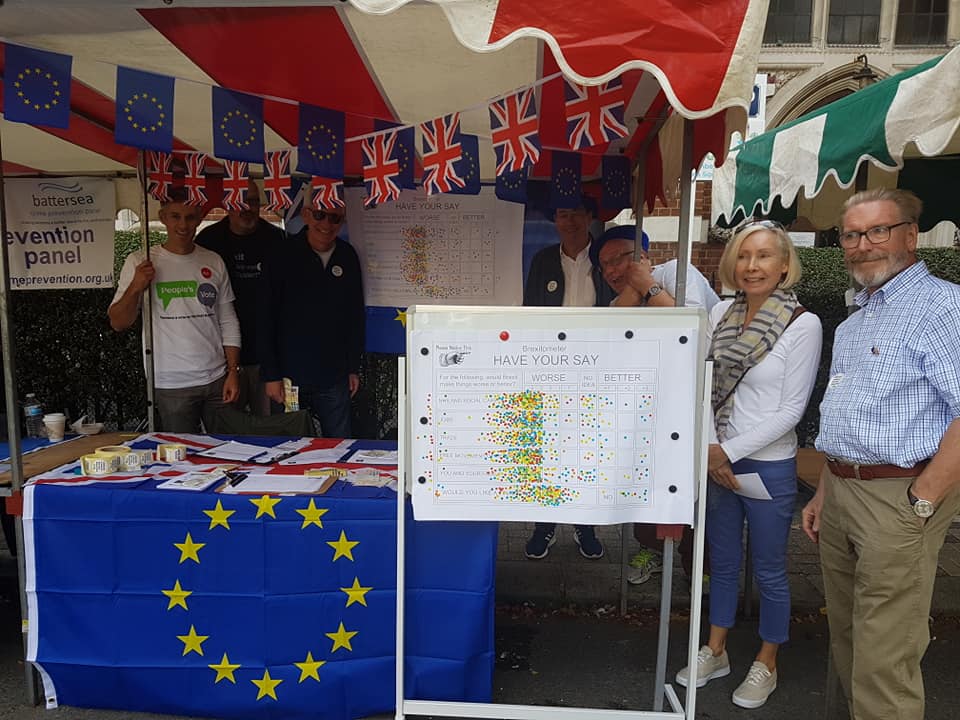 The Brexit Audit shows businesses concerns
Our Brexit Audit was published in March and shows that some 70% of respondents expect – or indeed already experienced – difficulties within all areas – financial, staffing, clients, export/import and so on. The only positive comments were from a charity shop, which predicted an increase in turnover, and a hedge fund which was looking forward to deregulation of the financial markets.

This has proved to be the pilot of the Business Survey which is now being conducted all over the country.

The Brexitometer – a visual genius
The campaign group is out on the streets every week. During the spring we started using the Brexitometer, a great tool that easily engages passers-by. It asks if things are going to get better or worse after Brexit within areas such as health care, jobs, economy etc. It also asks if you want a say on the final Brexit deal.

We hand out postcards with the message to stop Brexit – or at least get a People’s Vote – for people to send to their MPs.

700,000 out on the streets
The Big March in central London last Saturday is another example of how we have gathered people to show that their minds have changed since June 2016. Coachloads from all over the country came to have their say.

Talk to MPs
This autumn we geared up our action with a workshop on how to lobby your MP. That fits perfectly well with the national People’s Vote campaign for a further referendum, which is the first step towards stopping Brexit.

To achieve this we need to convince 50% + 1 of the MPs to vote for a People’s Vote. Week by week more MPs are coming out to support us. We were very lucky in Wandsworth that Justine Greening, MP for Putney, wrote an article in The Times in July where she pointed out why a new referendum is the only solution. There are another two MPs in Wandsworth, plus two in Merton, the neighbouring borough which we also cover. One of them supports the People’s Vote, the other three are still on the fence.

Experts say that we have a few weeks to convince enough MPs to get a People’s Vote through Parliament. So we do need all the luck we can get, even if it comes with a smirk. 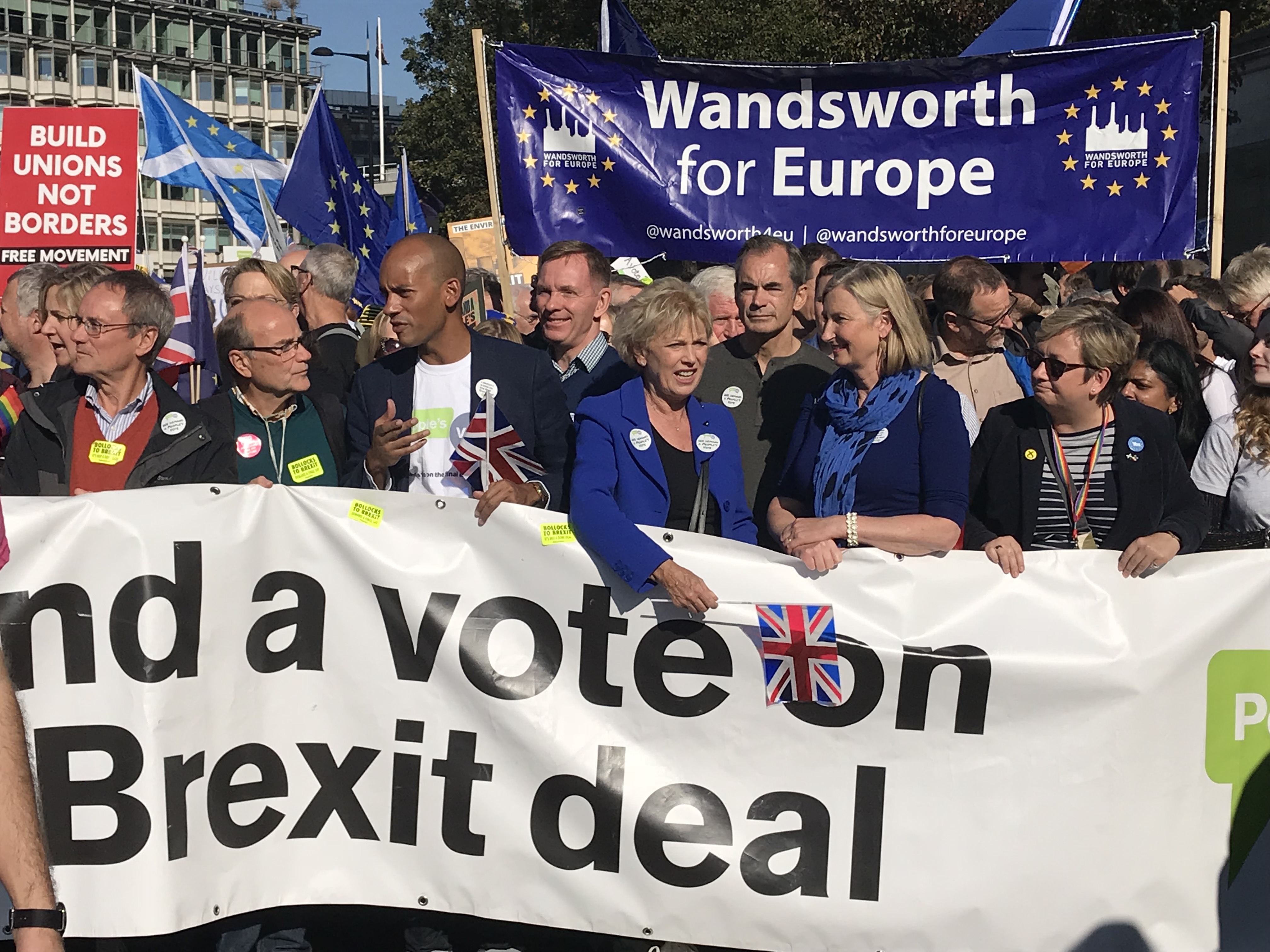 Three ways you can stop Brexit

Lobbying MPs is exciting and it feels like the work the European Movement in Wandsworth does really can make a difference. It’s not just us, of course, there are branches all over the country working with their local MPs.

The only way we can reach our goal is if everyone who cares actually does something. You have a right to see your MP, not only if you voted for him or her. As long as you are a constituent, you can get in touch with your MP and make an appointment.

What can you do to stop Brexit?

2. Write to your MP. E-mails are alright, but a letter or postcard has greater impact.

3. Visit your MP in surgery and explain why People’s Vote is important to you and the community where you live. E-mail me at [email protected] if you want to know what else you can do to stop Brexit."

GreeningInSurgeryHRS – Helen Rennie-Smith meets her MP, Justine Greening, in surgery and tells her how much a further referendum means. © European Movement Wandsworth