At European Movement, on Europe Day (9th May), we asked our members to let us know why that day is important to them. Here are some of their responses:

"The UK is made up of many races. My own family tree is made up of Celts from North Wales, Irish from Cork, English and even some from Scandinavia. The country is more European than it realises." Kelvin Lewis

"The reason that Europe is important to me is very simple... peace, cooperation and friendship" Derek Leak

"We organised a Europe Day discussion with pro-Remain MEP candidates in Derby (Green Party, Lib-Dems, and Change UK). We had invited Labour and Tory remainers, but Labour dithered and then declined at the last minute, and the Tories never replied. We focused on positive reasons to vote in the election, the role of an MEP, what they can achieve, what they can do for their regions, and what the new Parliament might do in the next 5 years." Simon, European Movement Derbyshire 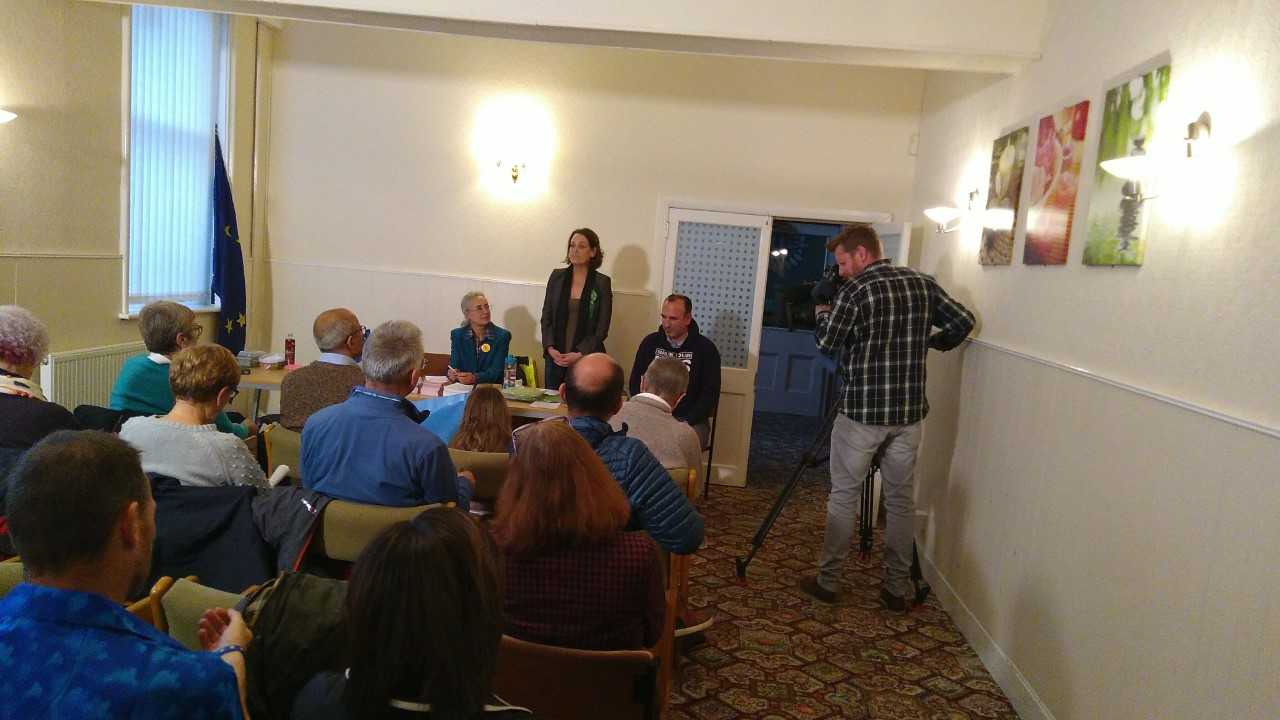 "Europe Day is important to me because I want to feel part of something bigger. I want to feel that the UK is part of a larger family of nations, near neighbours and those geographically further away. We're already connected culturally to all of Europe - and physically in the case of our nearest neighbour, France. Although I was born after the Second World War, I'm very aware of the legacy of that conflict. What a great idea to form a Union and ensure that destruction like that does not happen again. It seems a no-brainer to me that the 27 are stronger together and can achieve so much more collectively. The plans to leave the EU have already cost the UK so much in so many ways. One of those costs has been the obsession with a departure that, in fact, can never be final for the reasons suggested above. In a globalised world, countries are too interdependent to go it alone. That's an idle fantasy. Nonetheless, that obsession has crowded out debate on every other pressing issue, most notably social policies, since 2016. I have vivid memories of my first visit to Germany as a teenager. I was amazed at the quality of the housing and infrastructure. Perhaps the sunny weather helped (it was August). From the double glazing to the duvets, it seemed a magical world compared to the freezing sash windows and sheets and blankets of home. And UK currency did not go far in 1972. I think with Brexit, we're heading in that downward direction again. How much better to share hopes, fears, ideas in an equal democratic partnership. Twenty-seven is a magic number: one is an isolation cell. I'm celebrating Europe Day!" - Simon Williams 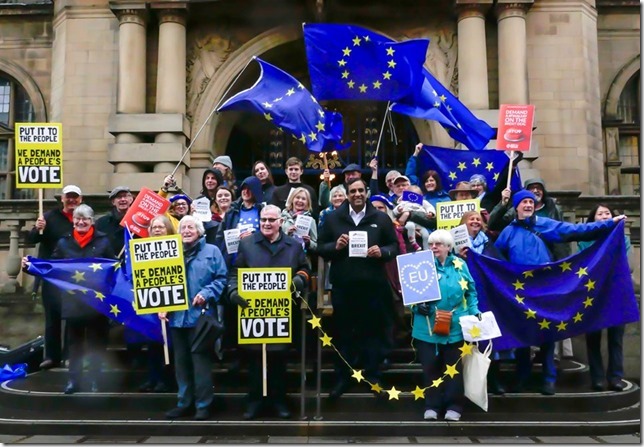 "I am nearly 94 years of age. I fought in the Second World War. I saw the terrible cruelty and devastation brought to little children, women, men and whole families. I saw the utter barbarism and disregard for any sort of human feelings towards other human beings - whether they were infants blown to pieces in front of their helpless mothers or fathers who never came back to their loved ones. The fathers who went down with their ships and who are still at the bottom of some sea in the Atlantic, Pacific or Mediterranean. They will never be brought home to their wives and children but will always lay in a watery grave for all time to come. Yes, I pray for us to remain as one of the 28 countries in the EU-- part of a family of peaceful nations. I pray every night for this." - William John Griffiths

"See where they arrive,
Flowing from carriage doors,
Up the ramp to the side,
Mark their colours of azure.
See how they bear
Le drapeau du rallier,
A gentle and discerning folk,
Comely in shining air.
They are roused to town
From over developed landscapes,
To join a cause away from
Self conscious estates.
They are not of the peninsula,
Who (allegedly) wanted a divorce;
they are not those West Countrymen
Whose hope is still a force.
Where tardy cows are being
turned out at this time.
Whereas we look through gaps
To another dawning line.
We look to Bruxelles.
See what's stirring in the breeze,
We bear the crown of stars
Like pollen for early bees,"

"Of jonquille and primula
That soar from wan verges,
The teuton and the latin,
Within the circle merges.
Could they not represent
Those tongues of flame
That met those heads,
Giving courage again
In bearing the seed
To sow all Christendom?
As bluebells which haze
The standing boles among,
March on, march on citoyens!
'tis the diamond anniversaire.
We throng all Whitehall,
With Haig on horseback there.
Our rightful gathering,
With Big Ben standing clear,
Where is the will to follow
Them into a cold sphere?"
Poem by Geoffery Taylor