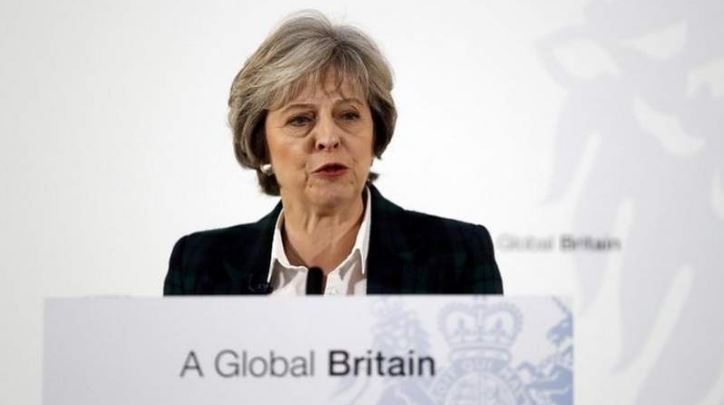 “As you all know, I am not wedded to the European project. I stated after the referendum that brexit means brexit. My government has spent 6 months looking at how that can best be achieved, exploring and evaluating the options available.

But in all honesty, the result of that detailed analysis is very clear: brexit cannot be achieved without serious damage to the UK economy.

Many of the assumptions and claims made by the Leave campaign were simply wrong. It would be a travesty to pursue policy on such a basis.

I do not believe that the country voted for brexit-at-any-cost. If the cost of brexit is too high, it will be right to explore instead whether there are other ways of meeting the very real public concerns that were expressed and revealed during the referendum campaign.

Let us remember that the referendum was an advisory referendum, won by a narrow majority, with the country deeply divided. It is the duty of Parliament and the government to take heed of it, of course, but also to find a way forward that is in the national interest and heals those divisions.

That is why today I can announce that we shall present a new policy on immigration in the coming days, one that recognises that most immigration to Britain comes from outside the EU, entirely under national rules which we fully control, and a policy which, when it comes to EU free movement, makes use of the safeguards provided under EU rules that we have never fully used in Britain before. We will also take national measures addressing problems connected to migration, for example making it illegal to advertise jobs abroad and not locally, training more doctors and nurses so we don’t have to recruit abroad, tighten up our rules on self employment to avoid bogus self employment which allows people to claim that they are working when they are not, reinstating the migration impact fund to help areas with higher needs as a result of migration, requiring English language proficiency sufficient for the job, and a host of other measures.

As regards concerns about decisions made at EU level, and the perception that Ministers sometimes agree to decisions in Brussels without adequate scrutiny at home, Britain will henceforth introduce the Scandinavian system whereby every Minister going to a meeting in Brussels must first go to the Commons parliamentary committee to explain what is at stake, what position he or she intends to take and get clearance from them for it.

There are many other reforms we can do nationally, without needing to negotiate with anyone in Europe. There are others that we shall pursue doggedly st European level, where reforms do happen, but too slowly, and where a concerted effort to speed things up will produce dividends.

Such a course of action can reunite the country. It will address concerns raised in the referendum, but without damaging our economy or our security interests.

I urge all to support it.”