The UK may have now left the European Union, but we remain tremendously proud that 3.6 million EU nationals call our country home.

Yet currently, EU citizens residing in the UK, as well as 1.3 million UK citizens living in the EU, are still not guaranteed that their existing rights will be maintained following the end of the Brexit transition period.

Despite the fact that Boris Johnson was defeated in the House of Lords, the government has steadfastly refused to give EU citizens in the UK physical proof of their settled status.

We will not allow the government to weaponize citizens’ rights in trade negotiations.

This is about more than Brexit.

This is about the future of our colleagues, our friends, our family.

Want to keep up to date with this campaign?

How do I get involved in the Citizen's Rights campaign? 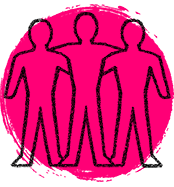 I'LL CHIP IN TO THE CAMPAIGN 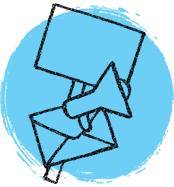 I'LL CAMPAIGN WITH MY LOCAL GROUP

As we leave the European Union we no longer have MEPs representing the rights of U.K. citizen's and residents. As we lose our voice in the European Parliament our activists accross the U.K. are asking MEPs to defend the rights of the 5 million citizen's in Brexit negotiations.

Join over 60,000 activists and campaign for Citzen's Rights!

With over 100 branches across the country, the European Movement's campaign network stretches to every corner of the UK, from Devon to Aberdeen and everywhere in between.

Find your local group and join the European Movement community in making our voices heard!