Residents from South West Surrey joined the million people from all over the UK who had travelled to London on Saturday to march for a People’s Vote on Brexit.

Trains into London from Farnham, Godalming, Haslemere and Guildford were packed with supporters, including children, many of them with home made placards. It was brilliant to see so many people making the considerable effort to show their support for another referendum and their dismay at the mess the Government are making of Brexit.  Despite the huge number, everyone was good natured and friendly and the atmosphere was great.  There were lots of people who had never been on a march before in their lives but felt they had to make a stand.  There were so many people that people at the back only shuffled a few metres but it didn’t matter, it was exhilarating to be there and it felt really important to be there, to stand up and be counted for our children.  Some of the banners and placards were amazing, very clever and some people wore amazing costumes.  It was one of the most memorable days of my life. 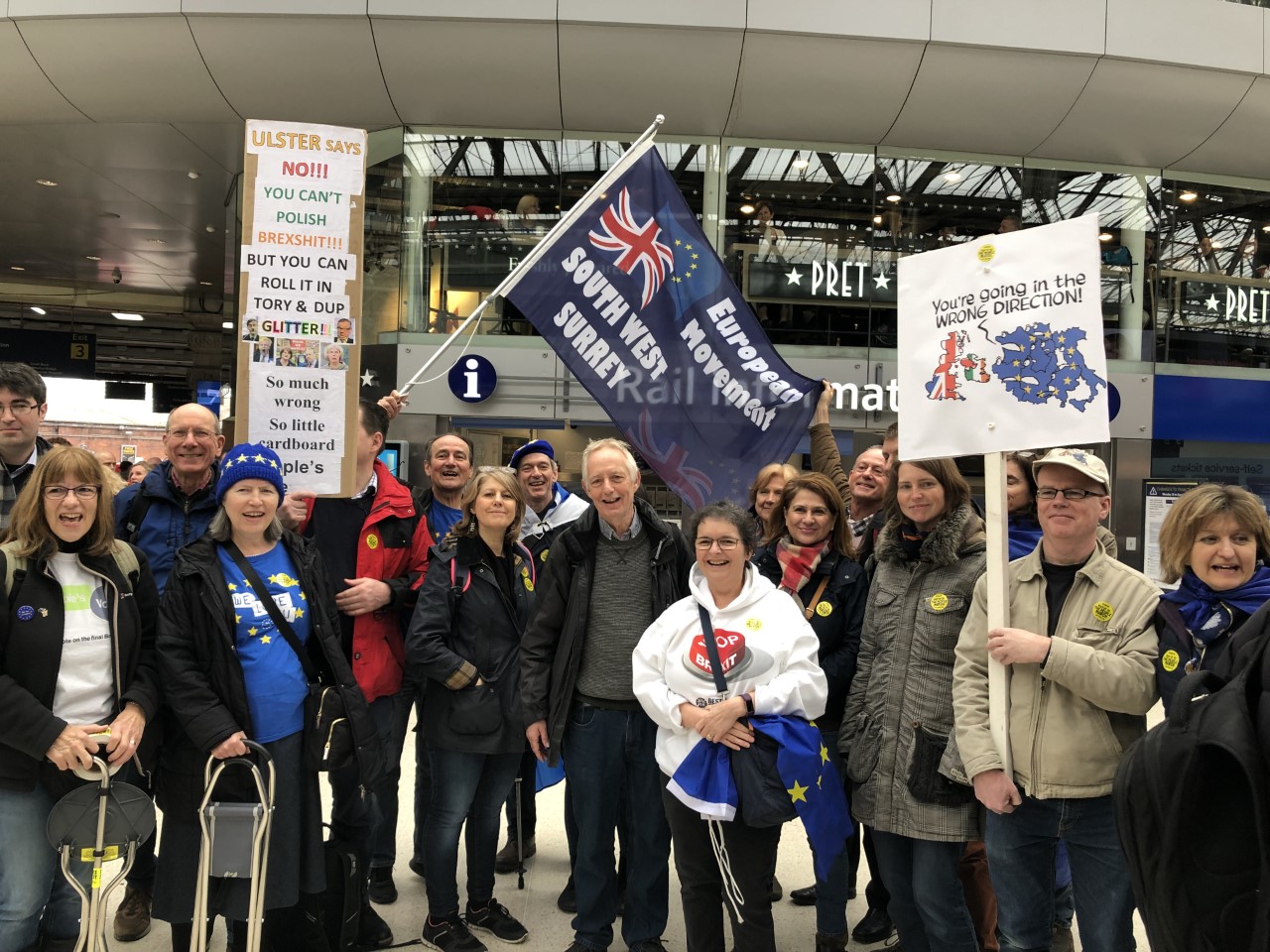