Among the million or so people from all walks of life and all regions of the country who marched peacefully in London on one of the biggest demonstrations in British history on the 23rd March were members of EM1066 from Hastings, Bexhill, Battle and Rye.

It was an impressive show of unity in a time when the traditional party politics in the UK is disintegrating. The message from the million plus marchers and the millions who have signed the petition to revoke Article 50 is clear. The rotten foundations of the 2016 referendum are no basis on which to build a future for this country. That referendum was based on promises that were never able to be met and was tainted by illegal electoral practices. That is why Brexit is now coming apart at the seams and breaking apart both the Conservative and Labour parties as well as families and friends.

The message from those who marched is quite simple, "Put your deal to the People" and let us have the final say on the future for our country. 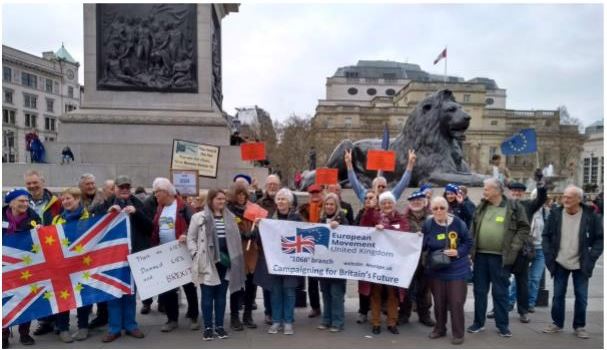