JOIN FROM £3
My colleagues and I enjoyed our time and also did much valuable campaigning. The key lessons? If you are in a Leave district - or just if your group is thin on the ground - do please contact better-resourced groups in Remain districts for help. And if you are a well-resourced group in a Remain district, do please take the initiative and offer your support to groups that may need your help. It's fun and it does a great deal for the cause. 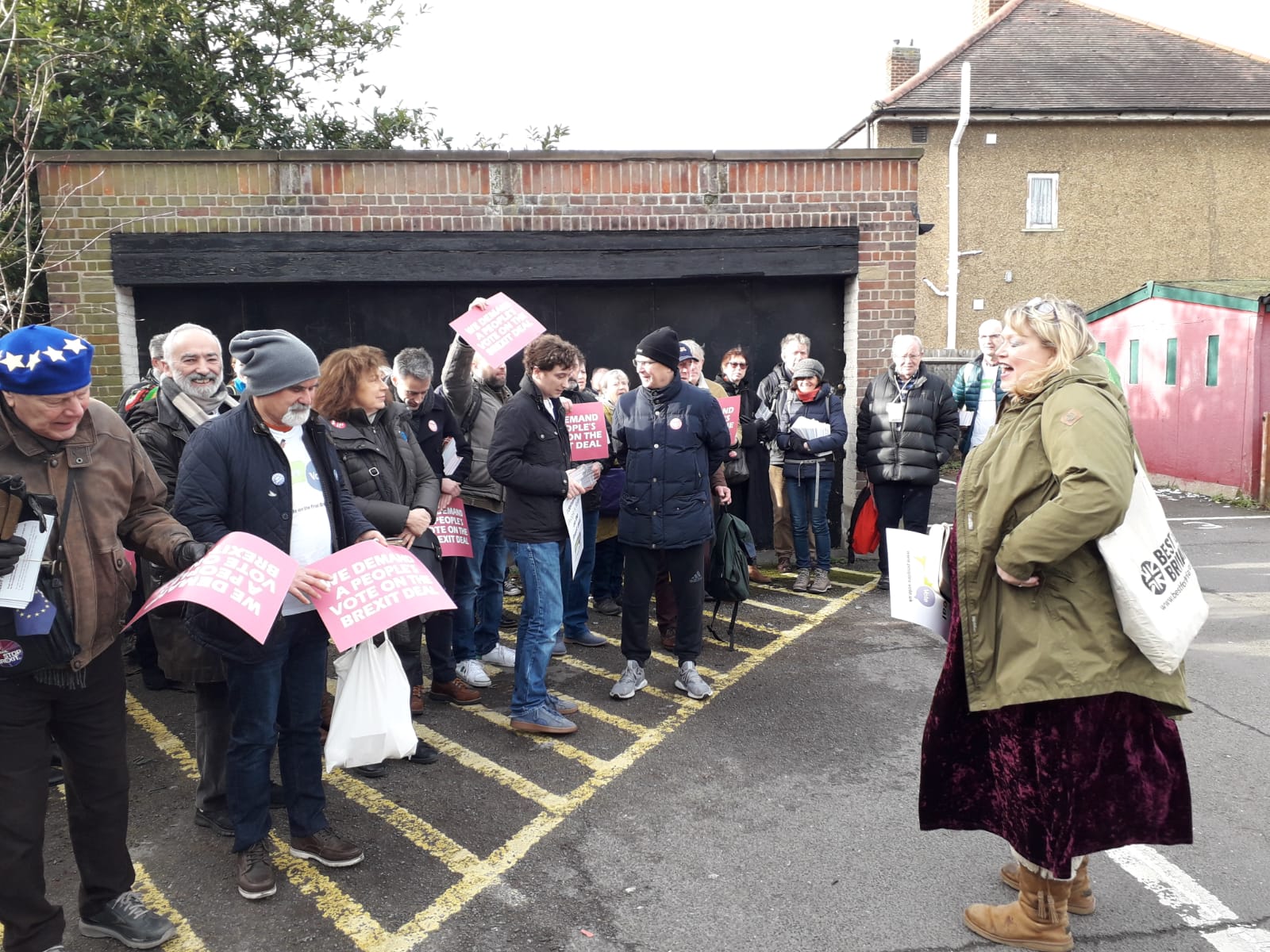 Here is London4Europe's list of pro-Remain groups organised by Borough so you can see whom to contact or to join.
Last month, around 45 campaigners met in Dagenham (which voted 62% Leave) to distribute leaflets calling for a People's Vote. Our Lambeth for Europe members met other London groups in a coordinated action. Those of us used to campaigning in Remain boroughs like Lambeth and Islington agreed this was a valuable use of our time. Much as it's essential to keep Brexit-resistance in full view in Remain areas, we've also staged effective actions in neighbouring boroughs with higher Leave votes. This action in Dagenham got our view over to households across one of London's most pro-Leave constituencies.
It was well-organised, the meeting point in a car park was easy to find and 5 minutes walk from the tube station. Leaflets posters and ward maps were provided, photos taken, and we were quickly in groups of 4 or 5 covering pre-selected areas. I'd say from arrival time to leaving in groups was 30 minutes. Campaigners who were not able to to walk big distances did an amazing job leafletting the tube station. In two hours we'd covered the ward thoroughly and I think others stayed on for a second stage in the afternoon. In all, an efficient way to reach out to a Leave-voting area with a relevant local message.
Practical tips I would suggest (most of which were covered by the organisers):

This was originally posted on the London4Europe website here