One percent of the UK population converged on London this weekend in one of the biggest protest marches in UK history. Buses from Inverness, Truro and everywhere in-between. Standing-room only on Saturday trains to London. Expats flying home from across the continent to stand up and – finally – be counted. 700,000 people walked shoulder-to-shoulder to make our voice heard, and demand a people’s vote. 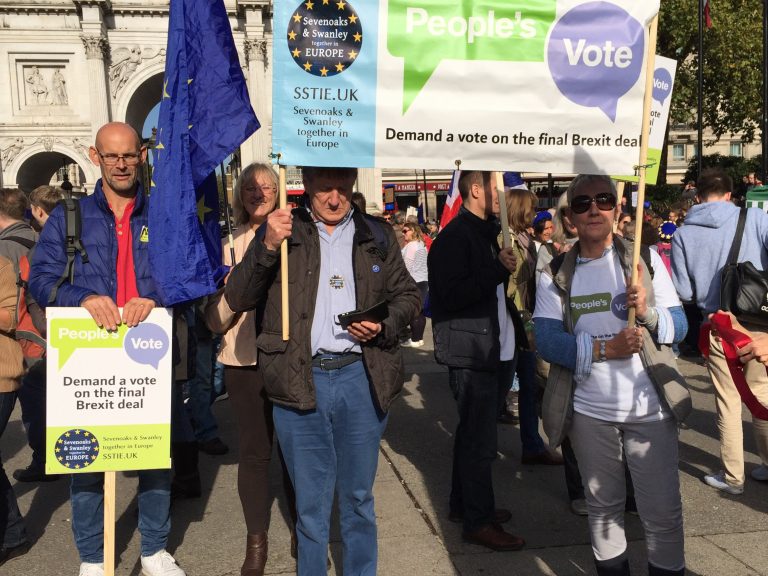 West Kent was well represented at the march – Sevenoaks and Swanley Together In Europe (SSTIE) marched with a group of 70 local people (including several new members who had joined in the past fortnight), plus we carried the names of 45 people who were unable to attend on the day. Perfect weather contributed to an almost bucolic atmosphere.

The tide is beginning to turn!

Whether you were able to march or not, it is essential that you let your MP know what you fear about Brexit – rising food costs, loss of jobs, loss of freedoms and rights, turning Kent into a lorry park, rights of family-members, or just the marginalisation of British influence in the world. The list is endless, but your MP needs to be told of your specific concerns.

You can write to your MP via this tool on The People’s Vote website. The tool provides a template message specifically designed for your MP, but please do add your personal concerns to the email, as MPs tend to discount mass-mailings. 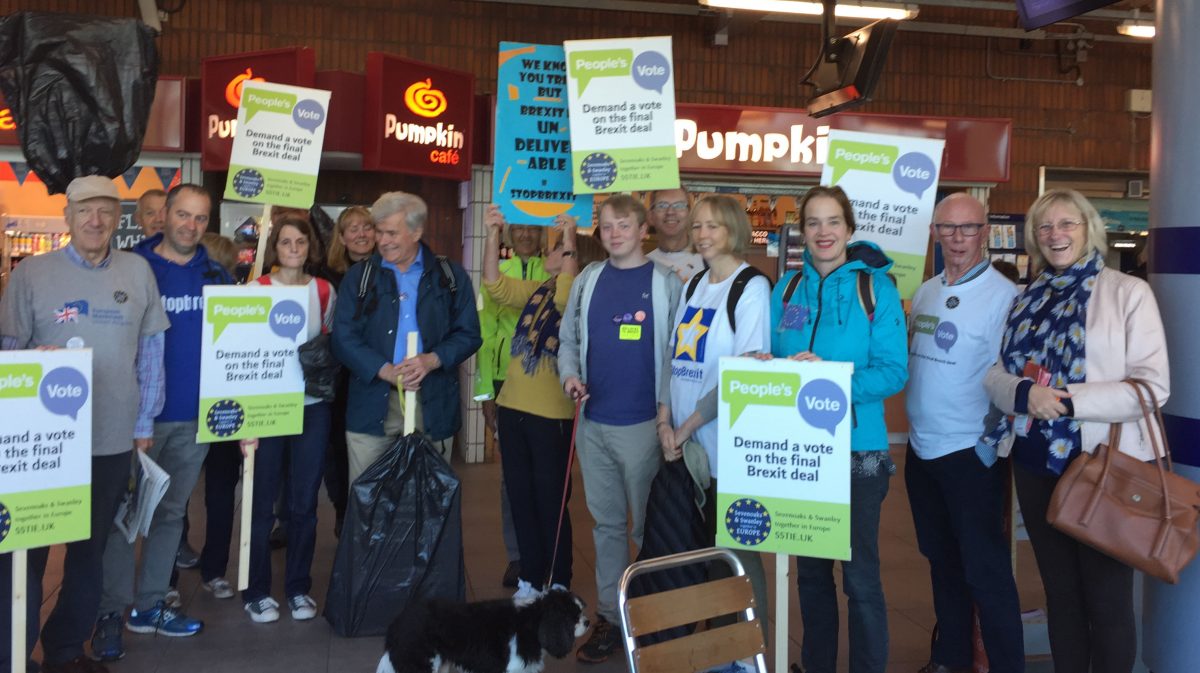