St Albans has a MASSIVE park, so what better place to celebrate Europe Day once again and show the ever-gaining strength of our pro-Remain sentiment?

Verulamium Park once again played host to our second Europe day picnic, and dozens of us came together to enjoy the sun, scenery and … well, there may have been some Sangria on someone’s picnic rug somewhere… I did see Prosecco. 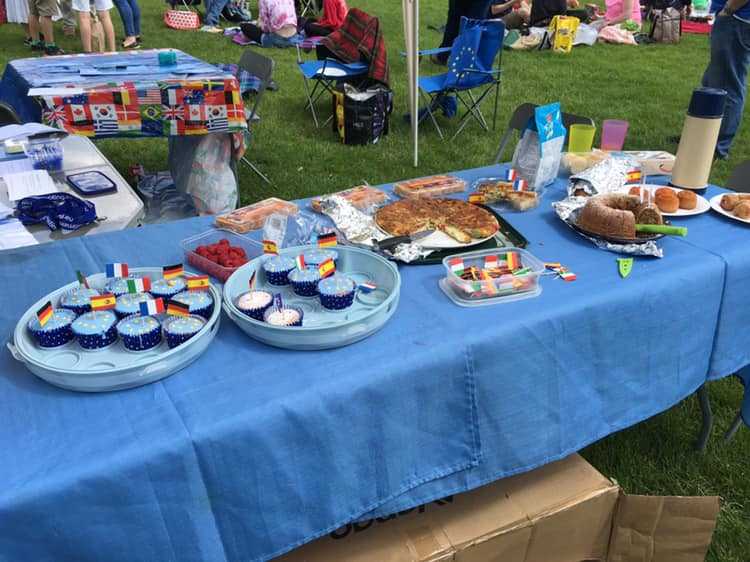 There was a European–themed playlist emanating from the speaker, and there were flags and bunting – including the Union Jack and the European flag together – wafting from the gazebo. Also wafting from the gazebo was the scent of some enticing food that we shared. There was tortilla, there was quiche, there were some tasty EU-themed cupcakes, and there was a ‘cake of a vaguely Polish disposition’, whose baker admitted she could not quite remember the recipe but it was delicious anyway.

We had several nationalities in the picnicking group, and were pleased to have a number of passersby and park-users dropping by the gazebo and our table of leaflets, stickers and badges, to find out who we were and to have a chat about the upcoming European elections. We got a number of new sign ups and not one glimmer of negativity. 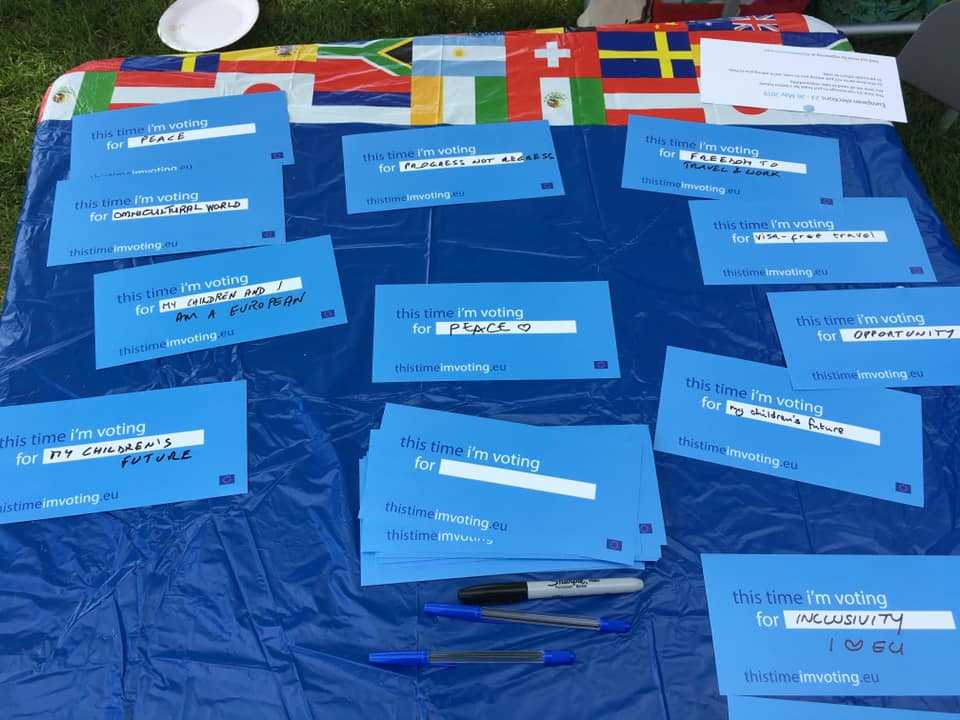 Held on 9 May every year, Europe Day celebrates peace and unity in Europe. The date marks the anniversary of the historical 'Schuman declaration' of 1950, when Robert Schuman, then French foreign minister, set out his idea for a new form of political cooperation in Europe to make war between Europe's nations unthinkable. A treaty centred on combined coal and steel production was signed just under a year later and what is now the European Union was born. 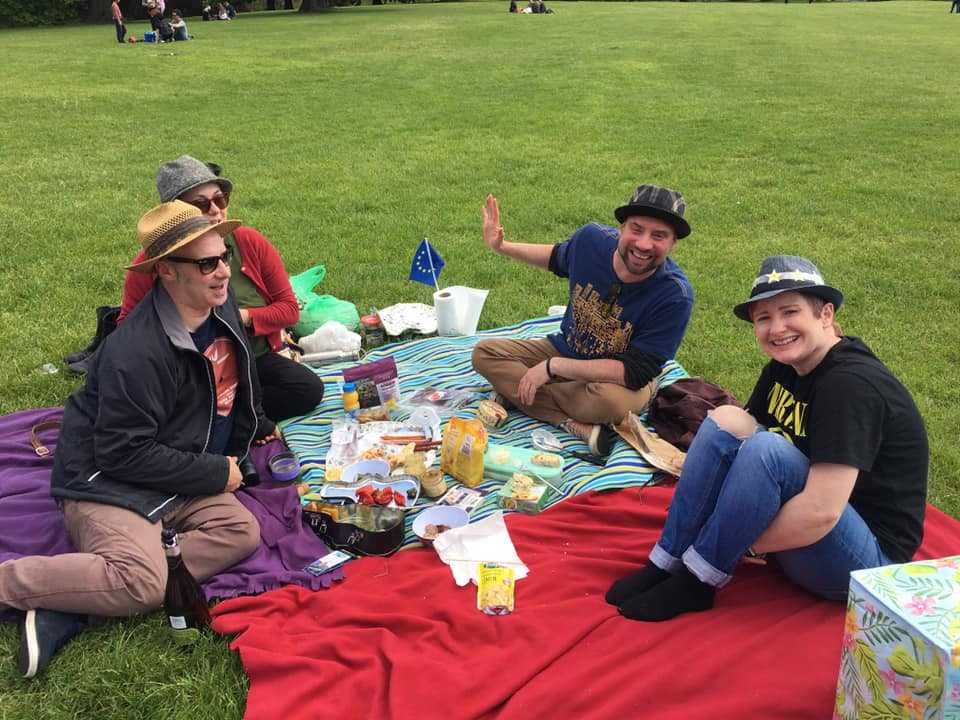